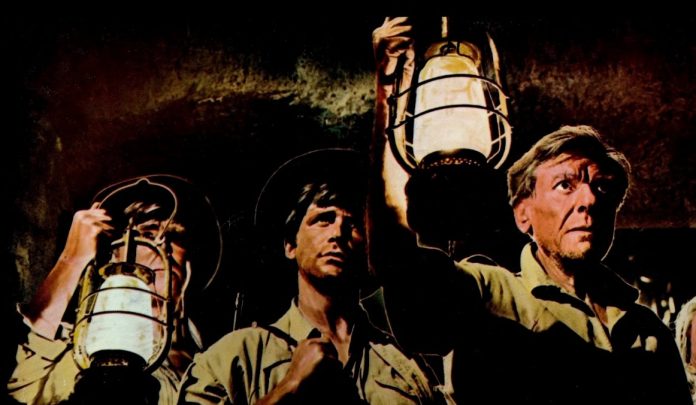 “Beware the beat of the cloth-wrapped feet!” The third and least of Hammer’s Mummy movies (after The Mummy and Curse of the Mummy’s Tomb) begins with a long and rather boring flashback prologue set in a most unconvincing studio desert before moving forward to the 1920s and a scenario obviously inspired by the 1922 curse of Tutenkhamun’s tomb.