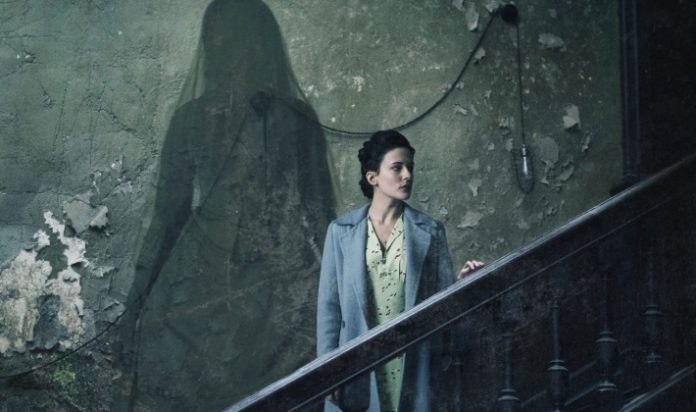 Review
Of all the potential new properties for the relaunched Hammer studios to become a franchise, few would have put money when it was announced on what turned out to be the excellent film version of modern classic novel The Woman in Black. Already a successful stage play, Susan Hill’s 1983 book echoes classic Victorian chillers, while the film version chose to observe both Hammer’s legacy and the best elements of the J-Horror wave of the nineties and noughties. For these reasons it was a huge success, while in addition smartly making use of lead actor Daniel Radcliffe’s legacy as the star of Warner Bros.’ Harry Potter franchise, both in terms of the character he played and in terms of getting his fanbase into cinemas for a full-on horror flick, acting as the perfect gateway to our favourite genre for a new generation. (This blogger definitely preferred it to the stage version by far.) 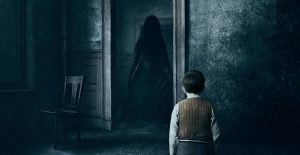 Once it became apparent it was a huge hit, inevitably it became the first of 21st Century Hammer’s franchises, and they wasted no time getting a sequel into production that comes from a story concept by the original author herself. Moving on from the Victorian times of the original to the London Blitz during World War II, at the start of the film we meet our lead Miss Eve Parkins (Phoebe Fox), demonstrating classic British resolve in the Underground as well as an empathy with children (prefiguring her reveal as a teacher). As they leave in the daylight we see one of those moving matte painting-style CG shots so beloved of historical scene-setting directors for the last twenty years, leaving audiences in no doubt of the time period. Very quickly we’re on the train with her and other evacuees (including Jeremy Irvine’s traumatised RAF pilot), moving her classroom of kids out to the coastal village of the first film, where along with Helen McCrory’s Army wife & mother Jean Hogg and Oaklee Pendergast’s troubled young Edward they are billeted in the abandoned house that spooked us so much last time out. Now faded and worn, when we finally see it in grey daylight it is indeed a less scary place than it once was, despite the incredibly dark night-time photography used the first time we see it. Very quickly the maleficent presence inside with them starts to reach out to children through Edward, but also begins to haunt Eve and then Harry as well… 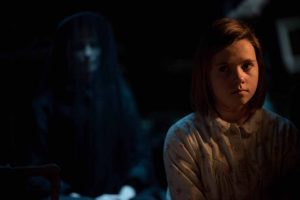 Director Tom Harper, working from a script by Jon Croker (story editor on the first film as well as Beberian Sound Studio), does a professional job that echoes visually his work on the superb Peaky Blinders, but in horror terms at first sadly has more in common with his work on the execrable TV series Demons. The classy cast, the adults no strangers to period pieces, all do good work in amongst gorgeous production design and atmospheric locations from all around the British Isles, but in the end all talents are hobbled with the familiarity of the settings and the attempt to rely on a slow burn that’s just too slow even with false jump scares and a couple of genuinely creepy moments punctuating the elongated drama.  When it takes the best part of an hour to get to the first really solid scare (albeit after the first kill, and kudos for the unsentimental use of the kids in this regard), and then that scare is topped by a far more thrilling sequence built on Irvine’s Harry Burstow losing his rag trying to drive Eve back across the land bridge before the tide comes in, it is clear the film is struggling to deliver as a pure horror piece. This is the first sequel in a long time to feature the titular horror far less on screen than in the original! Thankfully it starts to get it together as we hit the actual hour mark, over the halfway point, and the action shifts from the house to the nearby RAF base, but by then the source of the problem is readily apparent: the script’s choice to use the children as victims would carry more weight if they had been given lead characterisation over the adults. 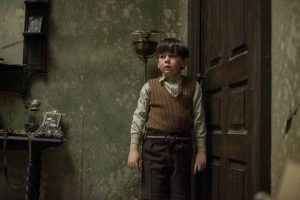 In fact, there’s a version of this film that could have functioned more like a horror version of a classic piece of children’s literature, in which none of the adults believe what is happening until it is too late while the children die off despite their investigations and attempts to save themselves.  Instead we have what we have, with Eve and Harry discovering the history of the Woman in Black but losing kids to her in bizarre punishment of their own traumas.  Somewhere in the screenplay is a theme, an idea, about comparative traumas, the trauma of war brought back to the home front, of the suffering of civilians (especially children) being caught up in war, but it never gets to fully blossom. In some ways, one could maybe argue that this sequel tries to be too sophisticated, too interested in the setting and characters at the expense of the horror possible with the central concept, instead settling for scares that for all their beautiful rendering are merely perfunctory, right down to the predictable set-up for another sequel. 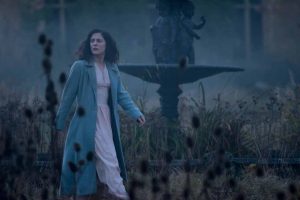 Video & Audio Quality
Absolutely first class on both counts. It’s been a long time since we saw a badly-mastered disc from Entertainment One, and this is no exception, with such difficult visuals as a reading a penned letter by Zippo light in a moving truck at night handled without a single problem with blacks, colours, movement or textures.  Audio conveys the excellent score and sometimes subtle mixing well, although when it needs to boom out loudly it does so with gusto. 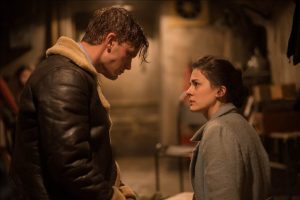 Extras
A handful of featurettes totalling just over half an hour provide enough of a glimpse behind the scenes without going into huge depth. The single deleted scene is moody but adds nothing to the story; the quarter-hour Pulling Back The Veil is the best of them constituting a proper BTS look. The rest lasting between 2 and 5 minutes each cover locations, production design, the script development, how the producers see the film within Hammer’s legacy, and a gushing look at leading man Jeremy Irvine. (Seems a bit odd to give him one and not Phoebe Fox or Helen McCrory…) 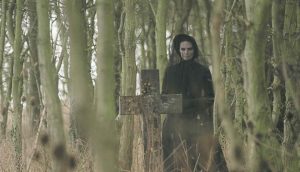 Conclusion
Not as good a film as it could have been, then, but for all that this is not the worst film to come out under either era of the Hammer banner. The mood, performances and quality production are a joy to observe, making the overall failure of the film to scare all the more galling.

Check out the official trailer below. The Woman In Black: Angel Of Death is available now on Blu-ray and DVD, courtesy of Entertainment One.