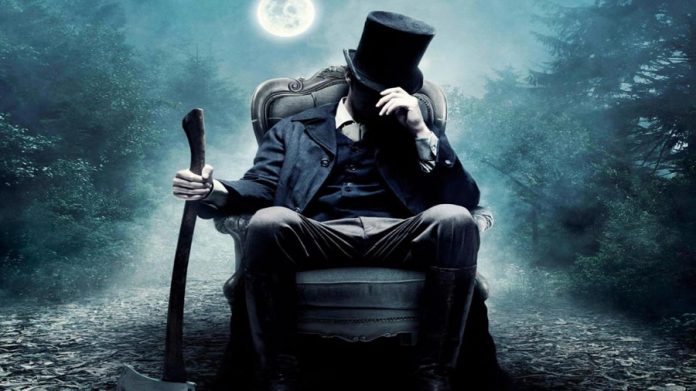 ”Honest Abe” is no stranger to historical revisionism. Epitomised by youthful tenacity and a swollen prosthetic nose in John Ford’s Young Mr. Lincoln, the 16th President of the United States grew up over time to help Bill and Ted adventure most excellently and then crystallize into fuzzy felt on The Muppet Show. yet the man responsible for the union of the North and South divide may also have been a secret despoiler of another Confederate conspiracy, one involving undead souls. For a subject known for his rousing speeches, this alternate reality is told through earnest voiceover, trumpeted with truisms and minor maxims. “I wouldn’t back away from what’s right just ‘cos it’s hard.”