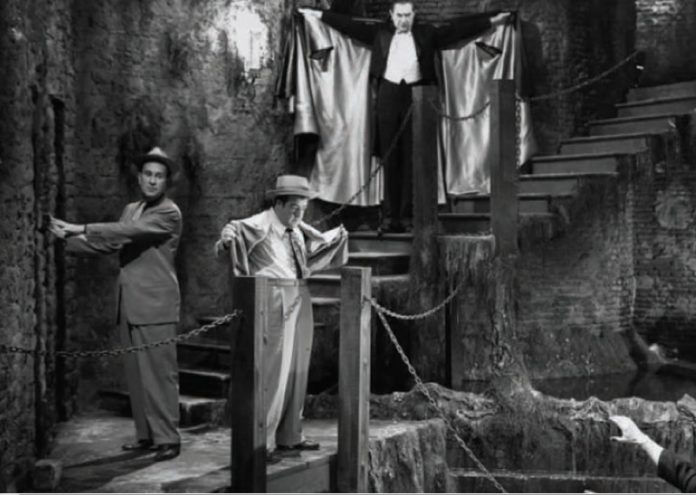 Blu-ray and DVD. Out Now from www.movietyme.com. Certificate: N/A.

I always thought that Bud Abbott and Lou Costello were the poor man’s Laurel and Hardy, but this classic horror comedy was most definitely their finest hour. By the late 40s Bud and Lou were getting past their box office peak and so too were the Universal monsters, who had gone from having their own star vehicles to being shoehorned together in the buy-one-get-one-free likes of House of Frankenstein and House of Dracula. Whereas this movie would revitalise A&C’s career it didn’t do much for the monsters and remained pretty much their last gasp, until Hammer horrors came along almost a decade later.