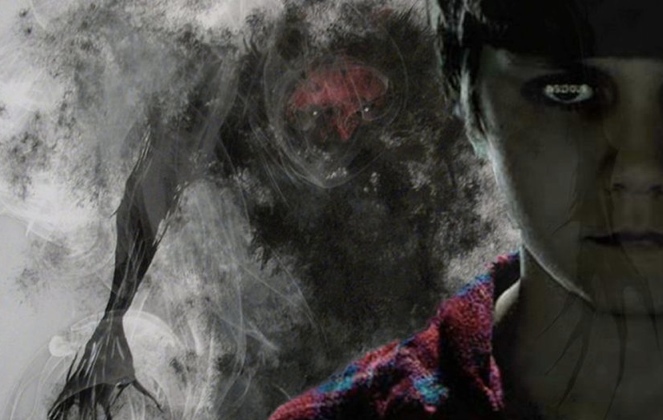 The latest in a long line of single word horror films (Saw, Sinister, Hostel  etc) is Insidious, which has tacked on the Chapter 2 literary moniker – and if this makes money, which it surely will, then maybe Epilogue, Prologue, or even Index can’t be far off.

Picking up where the last one left off, this shunts the family and their kids off to Grandma’s house where, surprise surprise, all the doors are creaky and ghostly gubbins continue.  Josh, the father (Patrick Wilson), having saved his lad from a creepy underworld in the first film, appears to have inadvertently been possessed by the evil spirit of  a cross-dressing mother-dominated serial killer, whose intentions for Josh’s wife and children are far from honourable.

James Wan has proved with his previous forays into the horror genre that he is particularly adept at creating a creepy atmosphere and unsettling sequences, but as proficient as he is at doing this, it’s now becoming a bit same old, same old.  The story he’s come up with helped by co-writer Leigh Whannell (who also has a small role in the film as a psychic investigator) is incomprehensible at times, and even at 105minutes it goes on too long. There are obvious parallels with The Shining especially towards the end, and other moments are indebted to Paranormal Activity (probably because  Oren Peli is producer on both franchises). It shares  a common theme PA theme of children in peril for some unsettling sequences. Sadly the film does show that Wan’s undoubtedly effective box of trick is beginning to run low.  He is a proficient director though, and perhaps realising he needs to broaden his talents to other genres he is currently in production on the next in the ‘Fast and the Furious’ franchise.

This is Wan’s  second film in as many months this year, after the success of last month’s The Conjuring, but this is unlikely to bring similar box office returns. Just in case it does, though, it somewhat cynically sets up the premise for Chapter 3.  Insidious? Ghastliness most likely.

To win a load of Insidious goodies including a T shirt, torch key ring and set of dice with shaker (see the film and you’ll understand why!)  answer the following question…

What horror franchise did director James Wan and actor/writer Leigh Whannell create in 2004?