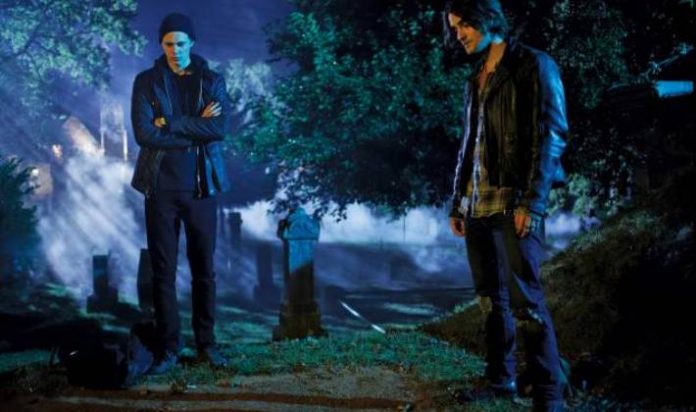 We’ll have a review soon of the Season 1 UK home ents release of Netflix’ small-town werewolf show, but for now, here’s the PR skinny on the upcoming Season 2.  Check out the original novel from excutive producer/creator Brian McGreevy as well

Press Release
Netflix’s chilling original series Hemlock Grove returns for an all-new second season with more gore, chills, murder, suspense and blood than ever before on July 11th! In anticipation of next week’s premiere, we have an exclusive first look of the Season 2 character posters of Olivia, Roman, Shelley, and Norman! 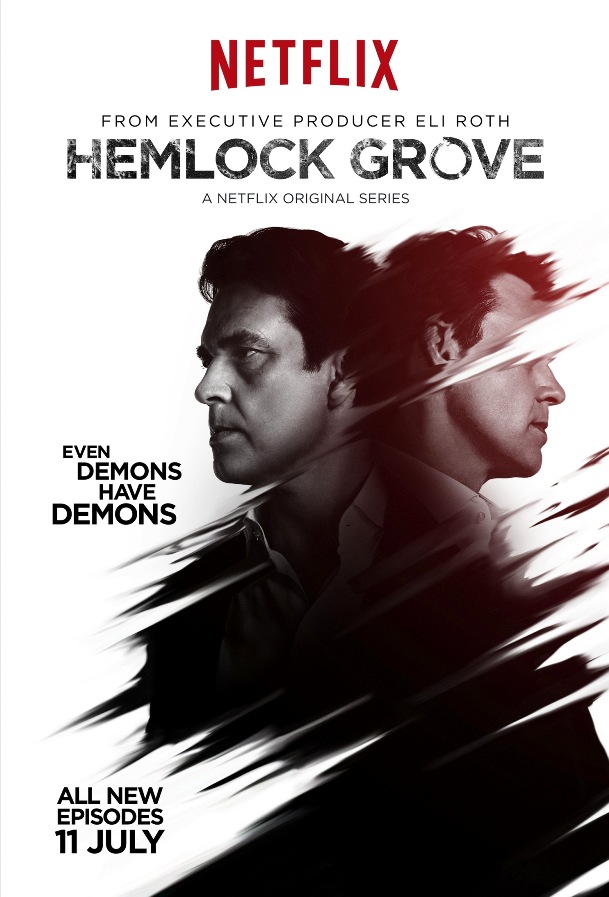 This season welcomes a whole new set of mysteries. Audiences will encounter a new dark force – a.k.a “THE BIG BAD.”

Season two of Hemlock Grove premieres with ten episodes only on Netflix on Friday, July 11th at 12:01 AM PT. 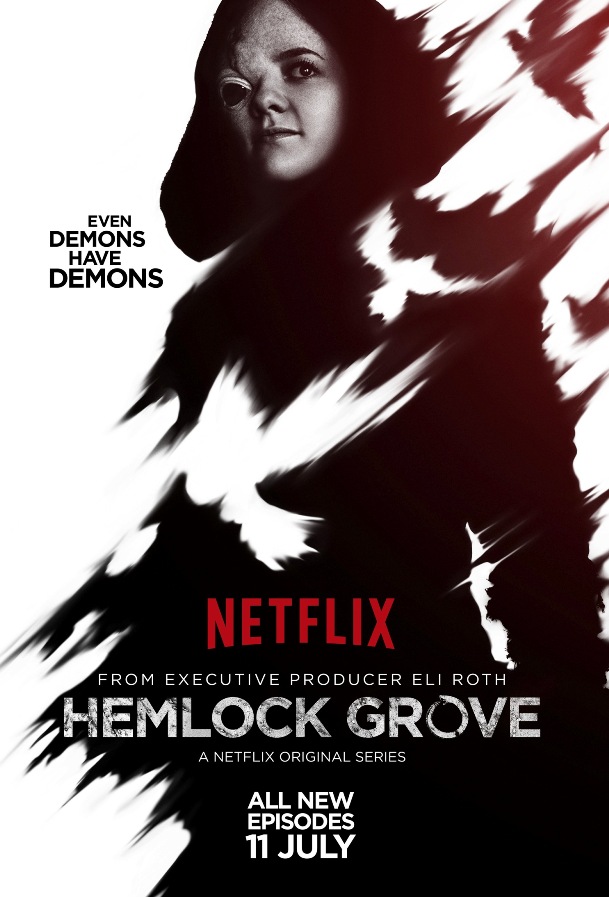 About Season 2 of Hemlock Grove:
Season two continues with the town coming to grips with the shocking massacre incurred by one of its deadliest creatures. Roman and Peter are now faced with new responsibilities and the realities that come with adulthood. Roman’s relationship with his mother, Olivia, is all but dead as he struggles with his unwanted Upir birthright and the disappearance of his sister, Shelley. Peter moves in with Destiny and is forced to get a job after his mother is sent away. Meanwhile, in search of a new life, newcomer Miranda Cates, embarks on Hemlock Grove with an unknowingly profound effect on Peter and Roman. And Norman, still reeling from the loss of his family, must face the harsh truths that are uncovered about those he still loves. 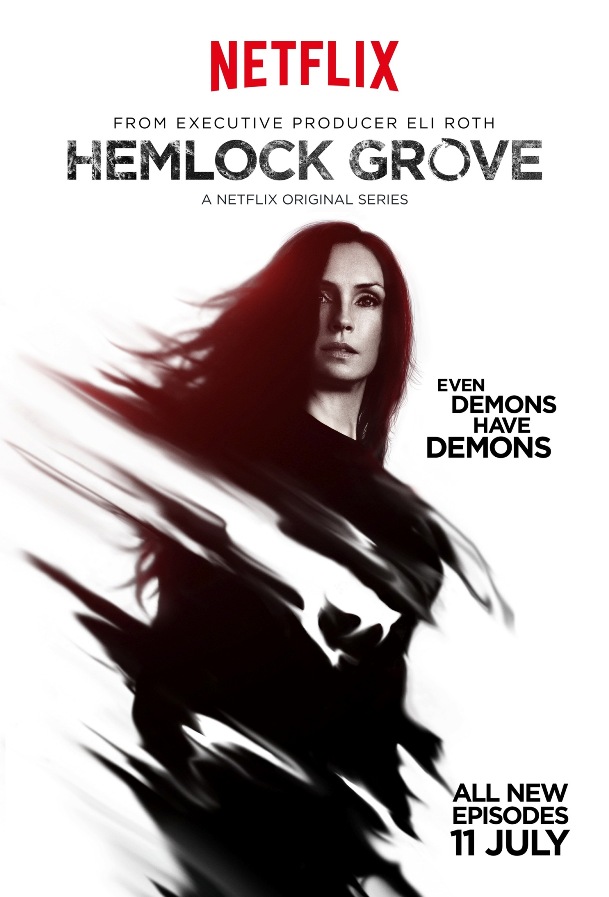 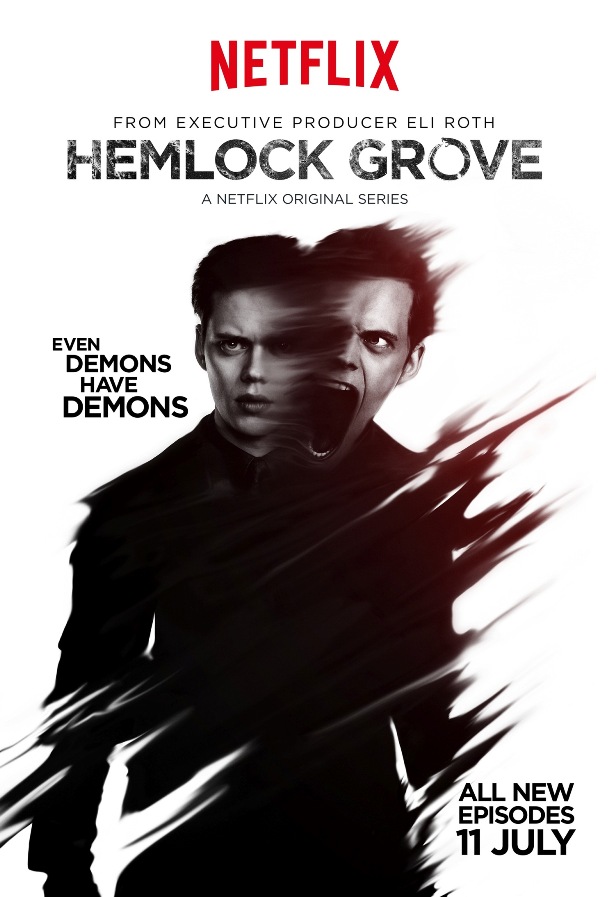