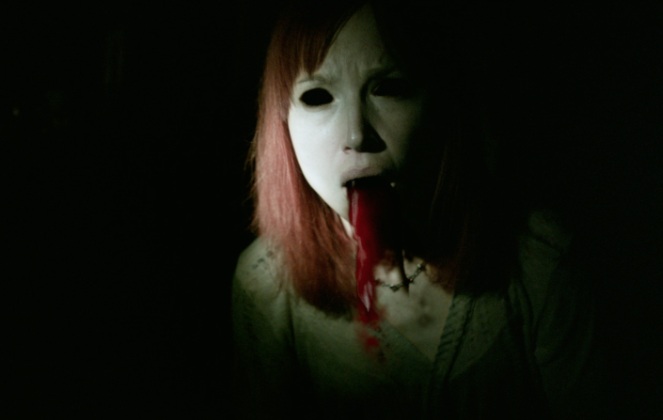 Following our review earlier this month, the team behind the U.K. release of U.S. faux-doc shocker Banshee Chapter have asked us to alert you, our readers, to their Twitter competition launching today. Check out the details below, and good luck!

To celebrate the UK DVD & VOD release of the “Truly disturbing” (Total Film) horror shocker Banshee Chapter which is “Guaranteed to make you squeal like a newborn (Time Out), we’ve got an amazing competition to offer to your readers!

We’ll be putting out a tweet from the official Banshee Chapter Twitter (@BansheeFilm) asking fans to tweet in a photo of them holding their copy of the UK DVD. They’ll then be in with a chance of winning a rare shooting script and DVD signed by none other than Star Trek‘s Zachary Quinto, writer/ director Blair Erickson, leading stars Michael McMillian (True Blood) & Katia Winter (Dexter, Sleepy Hollow), and producers Corey Moosa & Neal Dodson (Margin Call, All is Lost) of Before The Door Pictures! This is a genuine money-can’t-buy prize!

We’ll be putting out the competition tweet on, Monday 17th February around 12pm. If you have yet to pick up a copy, it’s available to purchase online at: