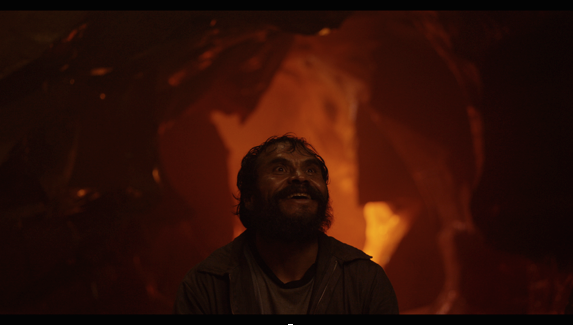 Things are getting bloody strange south of the border

The turning point for the modern Mexican horror genre occurred in 1993, when a certain Guillermo Del Toro burst onto the scene with his inventive and brilliantly creepy film Cronos. Del Toro, along with the likes of Alfonso Cuarón and Alejandro G Iñárritu, went on to carve out careers in Hollywood, the latter two directing acclaimed Oscar-winning films The Revenant and Gravity, and pushed open the doors for a new wave of young Mexican directors. Cuarón and Iñárritu, no less, have given plaudits WE ARE THE FLESH, the extraordinary and unsettling debut film from Emiliano Rocha Minter.

Director Jorge Michel Grau’s debut, an arthouse cannibal film, if you can imagine such a thing, features a family of flesheaters who roam the city for food. This is a bleak, haunting and mesmerising film that does what all good horror films should do – it makes the viewer wonder what it is to be a human. A critical smash, it was remade in the US and got the ball rolling for Mexican horror films to reach a wider audience.

Just when audiences thought the found-footage horror film had gasped its last breath, along came this Mexican gem, about a brother and sister videoing spooky goings on whilst on holiday. Elements of Blair Witch and The Ring, with a distinctively Mex flavour ensured Atrocious was, quite simply, bloody terrifying. Director Fernando Barreda Luna is currently filmed the very creepy sounding The Dragger in the US.

A horror anthology with eight Mexican directors contributing, including the talents behind The Similars, We Are What We Are and Atroz, this is a good primer for anyone wanting a glimpse of what modern Mexican horror cinema looks like. Featuring eight stories based on Mexican legends, this is a full-blooded belter of mix-and-match horrors that’s bursting at the scenes with inventive frights. Be warned – the red band trailer is nasty and nightmare inducing.

Isaac Ezban’s sci-chiller has a devilishly simple set-up – in 1968 eight people are trapped in a bus stop during a storm, and tempers begin to fray, to the point where it appears the assorted stranded passengers are undergoing some kind of collective delirium as they all begin to morph into the same person. Like his debut film The Incident, this owes a debt to The Twilight Zone but has a mischievous malevolence all of its own.

A sleazy, queasy and very brutal and disturbing slice of delirium, about what happens when cops stop two hit and run drivers, and find a camcorder in the car with horrific footage of torture and murder. This is a ferocious low budget film that is hard to watch, and even harder to forget. As one critic solemnly notes: “There are things that happen in Atroz that I cannot unsee.”

WE ARE THE FLESH (18) is released on Blu-ray and DVD on February 13, by Arrow Video