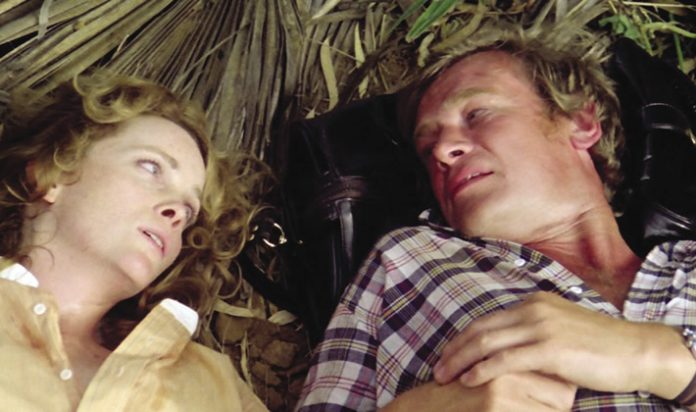 Ian McCulloch might not be a fan of the genre but he’s starred in three much loved films from the golden era of Italian splatter, Zombie Holocaust (aka Dr Butcher MD, 1980), Contamination (1980) and stone cold classic Zombie Flesh Eaters (1979). Coming off the back of the huge international success of TV series The Survivors (1975-77) he was the star power that brought in the investment and helped sell the international rights to this trio of terror.

For an ultra violent low budget horror film it’s remarkable that Zombie Flesh Eaters is now being treated as a landmark exploitation movie with it’s tale of zombies a-go-go on a Caribbean island with McCulloch taking the lead role. Now fully restored, uncut and available on Blu-ray for the first time Luci Fulci’s gore drenched masterpiece has never looked so good.

McCulloch might be baffled by their enduring popularity but he still looks back on the films and their productions fondly.