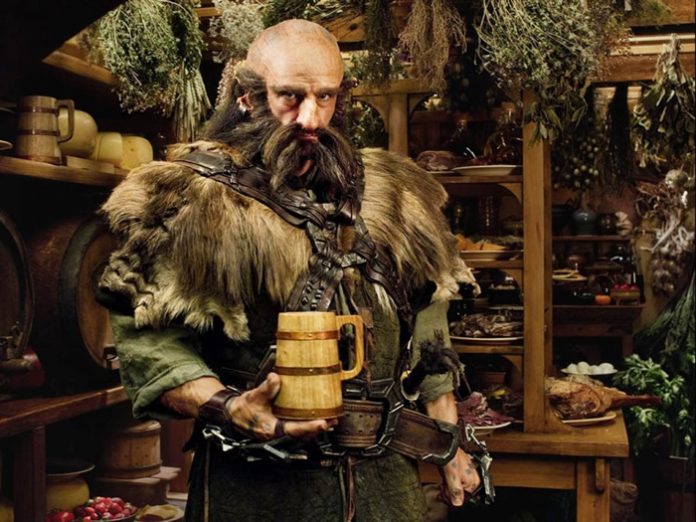 After four mammoth epics you’d have thought Peter Jackson would have had his fill of film shoots that seemingly never end, but here he is with the first in the trilogy of The Hobbit in spangly 48fps HD 3D. With the delay cause by studio battles over rights issues resolved, he now turns his attention to the precursor to Lord of the Rings.

Here, 60 years before LOTR, the dwarf kingdom of Erebor has been abandoned due to the fearsome attack by dragon Smaug and his craving for their vast stores of gold. With the dwarves now homeless and scattered far and wide across Middle Earth, Gandalf gathers 13 of them, led by Thorin, in an effort to reclaim their lost kingdom. And Hobbit Bilbo Baggins finds himself cajoled into assisting in their quest.

The book is notably shorter than LOTR and it’s a wonder that it’s been turned into an epic trilogy with this the first part already almost 3 hrs long. The first hour is slow but its last hour is an almost unrelenting series of breathtaking life-threatening escapades, and though some are undeniably thrilling others involve some frankly daft death and gravity defying feats.

Much like LOTR, Jackson has included sequences to illustrate the back-story to events and these work very well. Central to all the mayhem involving orcs, elves, trolls and such like is Martin Freeman’s title character and it’s credit to him that his ability as a light comic performer serves the film well. Having said that, there are still hints of his mannerisms as ‘The Office’s’ Tim and he doesn’t obviously segue into Ian Holm’s older version of Bilbo.

Also returning to the fold are Ian McKellen , Cate Blanchett, Christopher Lee, and Elijah Wood, and most welcome of all is Andy Serkis in his defining role as the seemingly schizophrenic Gollum – all doe eyed victim one minute, the next gimlet eyed villain. Jackson has given him the opportunity to go behind the camera too, as he now serves as second unit director. But as satisfying as Gollum is, his scene with Bilbo at an underground lake, as they verbally battle with riddles, drags badly.

There are some surprising yet pleasing cameos too. Barry Humphries is fun as King Goblin and Sylvester McCoy shines as the wizard Radagast – even though his makeup does seem to involve having a had a giant seagull poop down the side of his face!

For the first time Tolkien is in 3D, and much has been made of it being shot at 48frames per second, apparently causing nausea amongst audiences in the process. This is nonsense. It has given the film incredibly crisp images, but this is a double-edged sword because such clarity is unforgiving and nothing can hidden by being out of focus. At times it is glaringly obvious what is and isn’t CGI. That said, Jackson like Scorsese in the 3D Hugo, knows how to use 3D brilliantly for image depth rather than just for having swords poked directly into the audience.

After one set piece towards the end, one character says, “I do believe the worst is behind us!” But with two more films to come and the dragon Smaug to appear, it’s clear that it can and undoubtedly will get worse for them.

The Hobbit was the first of Tolkien’ s Middle Earth books and the tone is altogether lighter than LOTR. Essentially it is a series of mini adventures in a long journey but this is a promising start to the Trilogy. Unfortunately part 2, The Desolation of Smaug, is another year away.