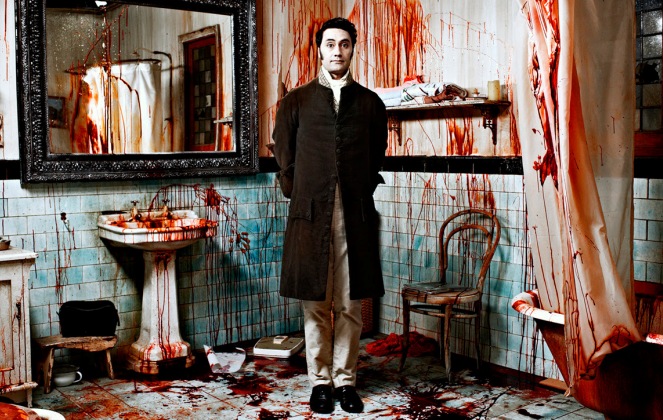 It is our pleasure to host a two-part look at the recently-finished Swiss event for Fantastic Film, Asian Cinema and Future Images from up-and-coming international entertainment writer James Lewis.  In this second part, he looks at the various other genre films that played the festival, many of which will play future London events including Film 4 Frightfest and the BFI London Film Festival, or are due out on disc & download.

Considering the sort of range the festival covers nowadays, the title “Neuchâtel International Fantastic Film Festival” has all but become obsolete. Even its subtitle “the Swiss event for Fantastic Film, Asian Cinema and Future Images”, though admittedly slightly more accurate, doesn’t quite capture the breadth of style on display. While it has always strived to cater to a thrill-thirsty audience of pure genre fans who, as far as Switzerland is concerned, are otherwise starved the rest of the year, the NIFFF has evolved and broadened its program to include those films that flirt with genre, that subvert its codes, and even the occasional left-field proposition. This 14th edition was no different. Arthouse Cannes/Berlin titles locked horns with goofy New Zealand comedies, South-African buddy-cop flicks, Irish existential dramas, documentaries and a screwball Belgian mini-series in one of the most unpredictable line-ups in recent memory.

The majority of these titles were to be found in the Films Of The Third Kind section of the festival, which purports to “explore the links between fantastic film and thrillers through the year’s most anticipated films”. Admittedly, betrothing such a glamorous title to a film like iNumber Number is perhapsa bit of stretch, but for the most part, NIFFF’s programmers hit the sweet spot. Take for example John Michael McDonagh’s Calvary, follow-up to his black-comedy  The Guard. At the centre of the story is an Irish country priest whose goodness stands in stark contrast with the moral corruption of his parishioners, one particularly angry of which threatens to end the gentle soul’s life by the end of the week. The hot-blooded promise of an untimely death triggers a downward spiral which McDonagh prefers to represent as a slow escalation–exacerbated by continued tensions with irreverent inhabitants of the pastoral landscape–than a vertiginous fall. Calvary is certainly dark and cynical for long stretches, but it’s also imbued by a poignant humanity (especially in its hard-hitting final minutes), and should be considered a welcome addition to what is fast becoming an Irish specialty: tone-perfect black dramedies, built from dark thoughts and big hearts. 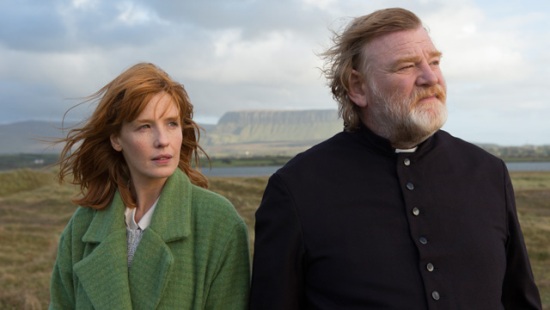 Speaking of culturally-divided countries. Do their auteurs tend toward similar thematic and stylistic sensibilities? That might be an idea worth investigating if we consider the two belgian projects of this year’s edition, with both mixing grim-as-hell crimes and, albeit very different, brands of humour. Du Welz, of cult-favourite Calvaire fame, presented his madcap murder-romance Alleluia while divisive provocateur Bruno Dumont landed his ARTE-produced mini-series P’tit Quinquin. The former, while certainly not Du Welz’s best work by any means, sporadically recalls the refreshing bravado that used to define the New French Extremity. A con-artist’s entanglement with the unstable Gloria results in ahazardous coupling, as we watch the unhealthy relationship shift from slightly creepy to genuinely horrifying. Occasionally brilliant – never more than in the feverish binding ritual by the fire or the astonishing musical segment – Alleluia cannot, however, help but stretch into tiresome territory. On the other hand, most will likely miss the chance to catch Dumont’s delightfully odd three-part portrait of a series of murders in Northern France. Never one to diligently fit into conventions, Dumont is more interested in capturing the essence of existence for this oft-obfuscated portion of the country’s population. Locked in a sort of eternal stillness, Dumont reveals how little the horrific murders that take place register into the lives of these earthy people, focusing especially on the children, the innocence of which he frames as the last hope in a landscape otherwise peppered with damned adults. 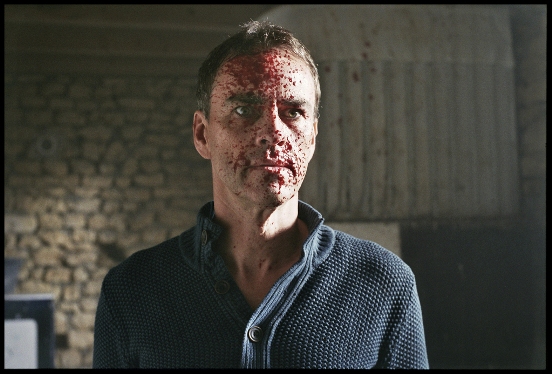 More than anything else though, the real star of the festival was a film so unequivocally unique, so visually provocative, so refreshingly simple in its concept, that simply finding the best way to approach feels like a challenge. Jonathan Glazer’s polarizing sci-fi film Under The Skin, which has already been released in the UK, confirmed itself, as far as this writer is concerned, as the year’s best film by a long stretch. Its screenplay is less minimalistic that it is beautifully concise, in the same way that Johansson’s delivery is less unengaging than it is appropriately aloof and inexpressive. The cinematography ranges from the hyperrealistic to beautifully-crafted shots that walk the line between complete abstraction and the surrealist, its creepiness only better underlined by Mica Levi’s superb and disquieting soundtrack. Under The Skin delivers images like you’ve never seen before, and the sort of filmgoing experience that 2001 must have felt like for its contemporary viewers. Underrate Glazer’s film at your own risk for, to put it simply, Under The Skin is the work of a true visionary, and one that will likely not only stand the test of time, but will surely only ameliorate with age. 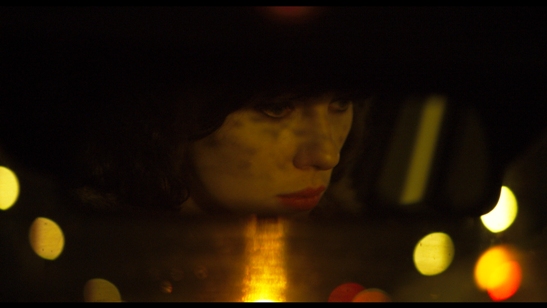 On the other hand, one might be best recommended to avoid the previously mentioned iNumber Number (or at least wait for the projected US remake), a cartoonish buddy-cop flick that aspires to translate characteristics of the gaming world into an uninspired thriller. Team-talk sections aren’t bad by any means, they’re even rather engrossing, but the Assassin’s creed-style faded-iris third person view of the running sequences is as unaesthetic as it is distasteful. Same goes for John McNaughton’s infantile The Harvest, a astoundingly dull thriller built on an overacting Samantha Morton (who wishes she could channel Kathy Bates here), a plot so contrived it seems wilfully designed to accommodate child-viewers, and some of the year’s most on-the-nose dialogue. It’s not even worth getting into the huge missed-opportunity for greatness that is White God, more of a gimmick buried alongside an insipid and, by the end, preposterous coming-of-age storyline. 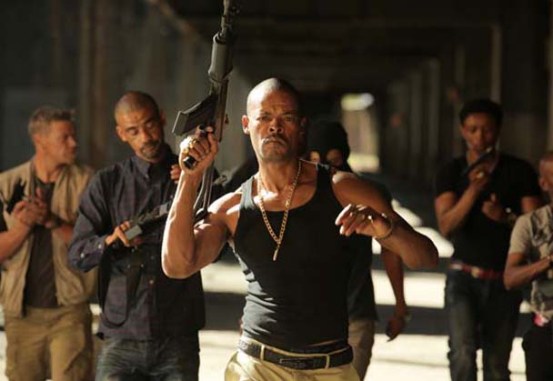 Truth be told, there are enough films at this year’s festival to fuel a year’s worth of discussion, but only a handful of which genuinely deserve your undivided attention. It is nevertheless appropriate to end on a positive note, by highlighting what was undoubtedly the single most entertaining film at the festival:  Jemaine Clement and Taika Waititi’s What We Do In The Shadows. Playing like a vampiric version of The Office, in the sense that it is less interested, like many mockumentaries, in making much of a point as opposed to merely milking the myriad humorous possibilities offered by the idea of four vampire housemates. Virtually no aspect of the mythology is left unmocked in this, for the most part, delightfully silly, but also deceptively smart, series of hilarious situations. Sure, a more obvious plotline might’ve helped make it feel less like a series of sketches, but it barely registers given how unrepentantly funny it is from the word go. Let’s just say this writer was left resolutely unsurprised when it ultimately claimed the festival’s audience award. A nation of trustworthy genre buffs have spoken: follow their lead. 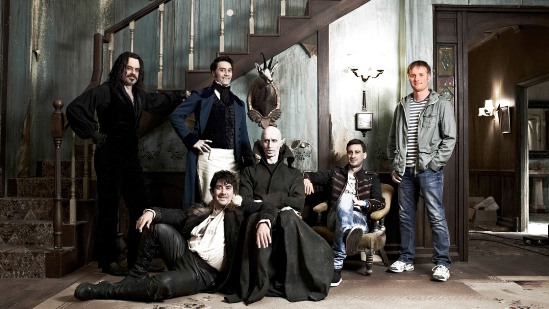