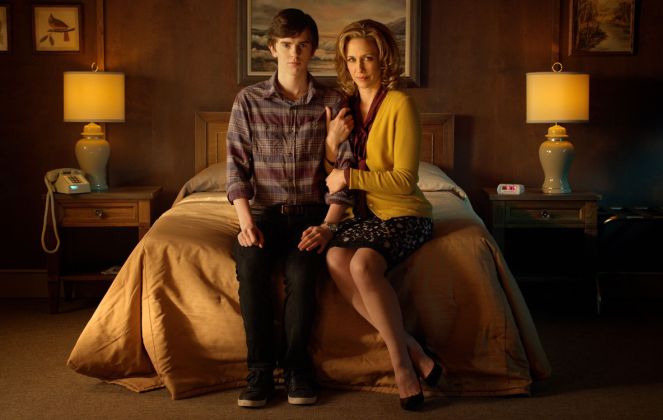 Prequels, it seems, are the new remakes. The Thing, Texas Chainsaw Massacre, Exorcist, Paranormal Activity and Final Destination franchises have all enjoyed peeks into their illustrious past in recent years, and while there’s plenty to be said for keeping some mystery in our pop culture lives, a well-executed prelude of nudges and winks can be a thing of beauty.

Now, it seems, foreword fever has spread to the small screen. It’s a tricky sell asking a viewer to invest up to 13 hours into a joke when they’ve already heard the punchline, but Bryan Fuller’s Hannibal has provided a textbook example of how pull off a prelude – trading on the comfort of familiarity, but adding sufficient spokes and spins on the established legend to still leave us hankering for an ending we’re already acquainted with. Conversely, the good Doctor Lector’s rival for the title of the screen’s most celebrated psychopath has previously demonstrated how very wrong the artform can go; Psycho IV: The Beginning may have had its moments, but 1987’s aborted pilot Bates Motel really, really didn’t.

After two decades of silence, Norman and Mother finally returned to our screens this year. Bates Motel may be a tainted title, but Universal’s new ongoing show has laid any old ghosts to rest; the 10-episode first season may have taken a while to hit U.K. screens (law-abiding Brits only saw the finale last week, whilst the Motel closed its doors to our friends across the pond back in May) but thankfully it was worth the wait. While it may veer off-piste from Hitchcock’s classic in terms of tone (would it genuinely be possible not to, given the steady march of time since 1960?), Bates Motel was the undisputed highlight of this scribe’s TV year.

We all know the man that Norman Bates grew up to be (would it be more politically correct to state that we all know the people that Norman Bates grew up to be?), but outside of emotional abuse from his overbearing mother his early life remains a mystery. Bates Motel plugs these gaps with a contemporary setting, introducing us to a jittery 17-year-old Norman and his beloved mother Norma, recently widowed in potentially sketchy circumstances. A new start awaits in Oregon (as opposed to the movie canon of California) when Norma buys up the Summers Motel, but naturally the best-laid plans of Mothers and men oft go astray. A freeway is being built on the other side of town that will take business away from the motel. the former owner is clearly shady and unhappy at being forced to sell, and there seems to something a little off about White Pine Bay and its citizens. Of course, none of this would be insurmountable for a solid family unit. Unfortunately, this is the Bates we’re talking about…

With former Lost producer Carlton Cuse heavily involved (and cheerfully admitting that Bates Motel is very heavily inspired by Twin Peaks), it’s safe to say that Norman and Norma’s journey was never going to be a linear path. This first season takes place over a run of just ten episodes, ensuring that a brisk and steady pace is maintained throughout – and economic, strong screenplays with a comparatively limited number of locales (events of the show never leave White Pine Bay) and characters mean that nothing and nobody feels rushed or short-changed throughout the season.

Of course, the show was always going to be dominated by the two leads – which makes us thankful that the casting is absolutely spot-on. As creepy as it may be that the kid from Charlie and the Chocolate Factory grew up to be Norman Bates, Freddie Highmore absolutely nails the part. Channelling the spirit of Anthony Perkins with a variety of tics and inflections, Highmore also manages to encapsulate the awkwardness of being 17 in a strange town, having had an unconventional upbringing – and hitherto-unacknowledged mental health concerns. Where both show and actor excel is in never attempting to fully explain Norman’s damaged psyche. As viewers we’re not asked to sympathise, to judge, to diagnose – simply accept that this young man is deeply disturbed, and without receiving professional help he could find himself in a great deal of trouble later in life. Any ideas how that one’s gonna work out for the lad?

Norman is a character with few friends (why would he need any? A boy’s best friend is his mother), but the introduction of a handful of new characters to the mythos bring out different sides to everybody’s favourite Momma’s Boy. Tara Reid-alike Nicola Peltz as High School Queen Bee Bradley exposes out his red-blooded nature, while Olivia Cooke is surely a superstar in waiting. The British actress melts the heart as Emma, the schoolgirl cursed with an unrequited crush on Norman, and while half-brother Dylan was a potentially disastrous addition (who certainly begins the show as a stereotypical bad boy – we know this, because he wears a leather jacket and smokes), Max Thieriot’s performance definitely gains stature as the show progresses. The Dylan-Norma relationship is actually one of the most fascinating and rewarding arcs of the season. 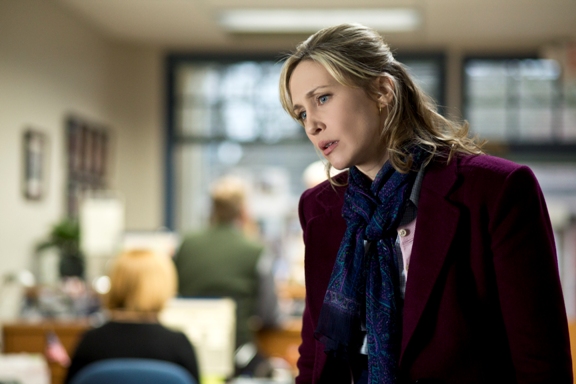 That said, pretty much everything good about Bates Motel channels through Norma. Bringing in Vera Farmiga, one of the finest actresses working in Hollywood today, was inspired, and she never disappoints. Farmiga’s Norma is undoubtedly a deeply flawed human being, cursed with no sense of boundaries (asking the Cystic Fibrosis-suffering Emma her life expectancy within moments of meeting her being a particular lowlight), prone to bouts of destructive rage, and wholly manipulative (a scene in the season finale in particular, when she drops a personal bombshell on Norman moments before he due to attend his prom, encapsulates her selfishness and possessiveness perfectly) but she is indeed a human being. It would be tempting to make Norma a shrew, a one-dimensional monster that shifts all sympathetic focus onto her son, but Farmiga’s performance ensures this is never the case. God forbid, there are often times that we actually like Norma Bates, something that doesn’t always sit right with us. We can certainly understand why she attracts the attention of the local police force, albeit for differing reasons – Mike Vogel puts in some fantastic showings as lover-of-convenience Zack Shelby, while Nestor Carbonell broods and smoulders effectively as town sheriff Romero.

Aside from its casting, Bates Motel’s other greatest strength is its pacing and tone. The show doesn’t shy away from horror, and frequently utilises short, sharp shocks of violence in the same way that made Psycho so memorable. It also commendably avoids throwing too many balls into the air at once, with three main arcs spread over the course of the season; each reaching a satisfactory conclusion, but also leaving open enough questions to make the wait for season 2 even more agonising. An unexpected development, however, is the show’s sense of humour – Bates Motel is frequently laugh-out-loud funny (it’s something of a push, but Underwater could almost be described as a ‘comedy episode’), providing a sense of fun that makes these characters even warmer and more enjoyable to spend time with.

Naturally the only downside to this is how down in the mouth we’re all going to feel when the inevitable Shakespearean tragedy occurs, and many of these protagonists find themselves six feet under. After all, that’s the thing with prequels isn’t it? We all know how they’re going to end. All we can hope is that getting there is always as much fun as this.