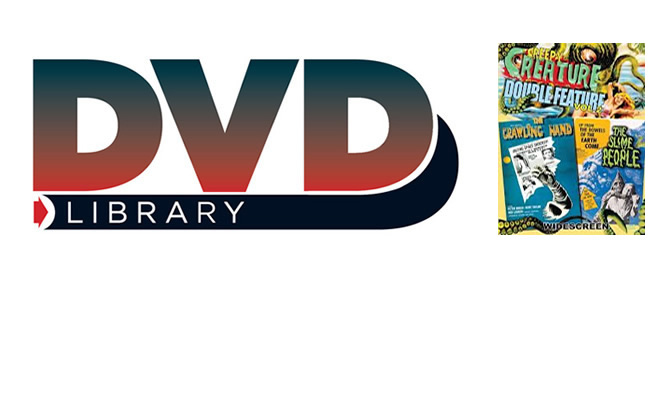 Another trash movie DVD double from VCI. The Slime People is a cheap but atmospheric Twilight Zone-type chiller in which lumpy lizard creatures emerge from the sewers to take over the city of Los Angeles. The monsters bring with them a dense fog, all the better to disguise the poverty of the special effects budget, and a bunch of B-movie types have to figure out how to escape from within an invisible force field.

The movie was actually shot in an LA meat market by its director/star Robert Hutton (They Came From Beyond Space), and though it has some fun moments and an intriguing scenario there’s way too much talk and not enough action.