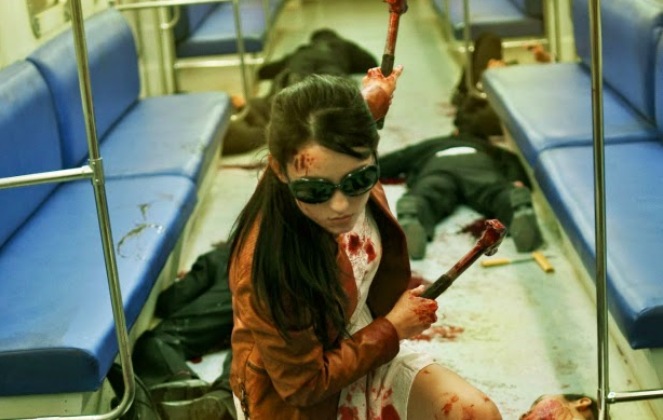 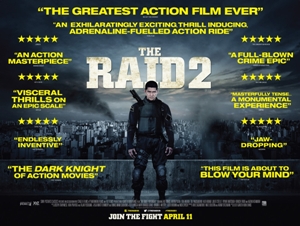 Official Synopsis
Only a short time after the first raid, Rama goes undercover with the thugs of Jakarta and plans to bring down the syndicate and uncover the corruption within his police force.

Review
Anyone who has seen V/H/S/2 or talked to Welsh writer/director Gareth Evans will know why we’re writing up The Raid 2 in The Dark Side blog.  For those who think action and horror aren’t close enough bed-fellows, The Raid 2 is the perfect riposte, a movie that combines crime, action, martial arts and horror in a wild, epic ride through the darkness of the Indonesian underworld.  Action fans who don’t like horrific and gory moments will be very uncomfortable at several sequences, particularly in the first half of the film, but horror fans will appreciate how much further Evans takes traditional action moves into bone-breaking, flesh-tearing, blood-spilling territories. 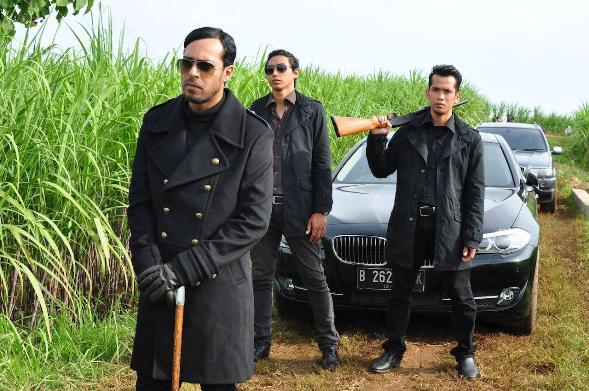 The film starts with a sequence set some time after the first film, then rewinds back to mere hours after the first, setting up fast and efficiently the plot’s building blocks in flashback as our heroic lead sits in a prison toilet with a baying mob hammering at the door.  Evans sets out his new stall immediately with these sequences; the widescreen compositions, small figures in big landscapes a la Leone, cross-cutting and time-jumping as the narrative needs, taking his time to allow for mounting dread as well as suspense, and then delivering on some promises but not on others. 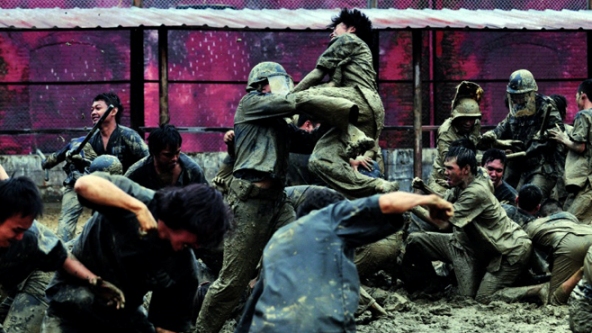 The audience expect a lot more from the prison toilet sequence than it finally delivers, but that’s a perfect example of Evans’ good taste; he knows he needs to keep his powder dry for later sequences, so restrains himself initially, although it doesn’t seem like that when watching at first. (Evans’ revelation during the Frightfest free screening Q&A of a mammoth Steadicam shot he cut bears this out.) One could almost argue a pattern of major and minor action sequences, some played in the key of horror and some in the key of action, until the film tilts full-pelt into the second half, much like James Cameron did with Terminator 2: Judgement Day.

That second half is really why this film has critics and fans alike drooling, calling it the best action film ever.  It’s not the best, just as The Raid before it wasn’t; certainly not with the slight flab on the first half, or the macho script that only has room for a small handful of female stereotypes (mostly victims or vulnerable types) in its comic-book-like underworld; but it is without doubt one of the best this century so far, and earns its place in any list of greatest action films ever with ease.

The kitchen fight between Rama and The Assassin, the second in a blinding triptych of escalating fight sequences that mark the climax of the film, is easily a candidate for the Top 10 Greatest Fight Scenes in the history of cinema, although the one between Rama, Baseball Bat Man and Hammer Girl comes pretty damn close.  And we haven’t even mentioned the superlative car chase…. Back to back the sequences of the second half ensure the audience is left breathless, emotionally orchestrated by a filmmaker becoming a master before your eyes over the course of this feature. 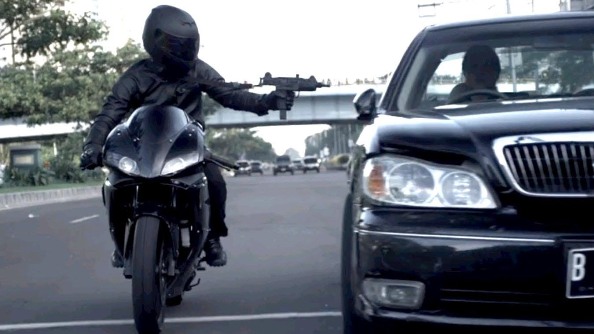 Evans is not alone in that growth.  Returning actors Iko Uwais, Yayan Ruhian, and Donny Alamsyah all get to extend their individual ranges to varying degrees, with the biggest development coming from Uwais.  His acting has progressed with his roles, from the excellent Merantau to The Raid via a small but well-played cameo in last year’s impressive actioner Man of Tai Chi.  Here, in returning to the character of Rama, he gets to build on the qualities we saw in the first film, deepening and darkening his portrayal of a man of belief and honour pushed down into the mud, literally in the film’s first full-scale rumble in the prison yard.  As the film moves on, spanning years, we see the man who used to show emotion, hurt even, at every life he takes, harden to the violence and daily horrors of criminal life, but struggle to retain that inner core of decency that makes him who he is.  It’s one hell of a performance, and Uwais should be deservedly proud of what he has achieved here; few martial arts performers in film have achieved so much so early on in their careers. 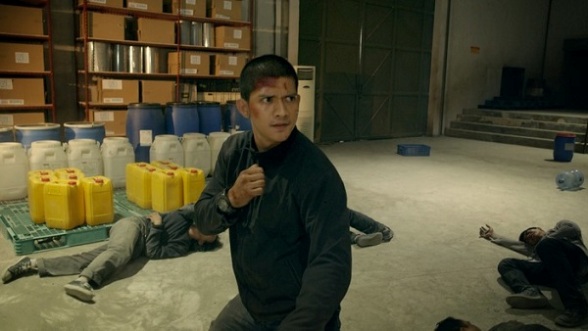 Surrounding the familiar faces are more experienced performers, though not always familiar to western eyes.  Ken’ichi Endô and Ryûhei Matsuda as the Yakuza men will probably be most familiar to viewers of Asian cinema and television, their inclusion only part of the film’s nods to modern Yakuza cinema, but Indonesians Alex Abbad, Arifin Putra, Tio Pakusodewo and Oka Antara play gangsters of differing stripes at the level one expects from performers under Scorsese’s sure hand.  Abbad, Pakusodewo and Putra get the flashiest moments, but Antara gets the sucker punch that places one part of this film firmly in Infernal Affairs emotional territory. 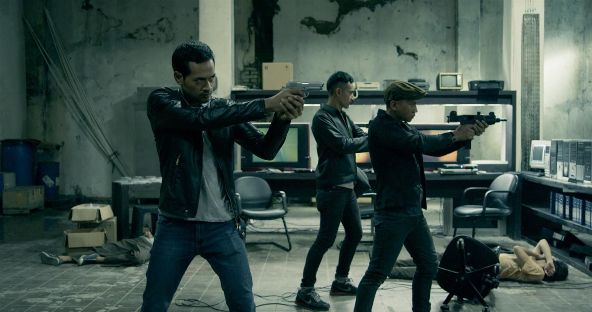 Meanwhile, Indonesia’s sweetheart Julie Estelle takes a hammer to her image quite literally, becoming the girl of your dreams if your dreams are manga-in-motion helmed by the Three Extremes directors.  Internet pervs are drooling all over her already, but Estelle gives much, much more than fanboy fetish fufillment in her near-silent performance, sketching in the emotional detail of a one-line back-story another character reports with just her eyes, face and body language. 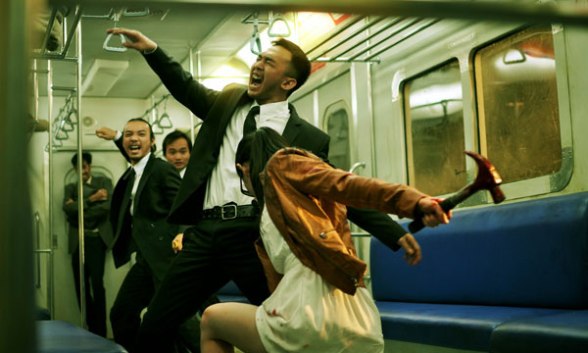 Conclusion
In the end, this is far, far more than the sum of its parts.  Evans has still got to fine-tune the emotional side of the drama he writes, here arguably keeping up with too many characters to Rama’s detriment, even if the others are interesting in arcs and performances, but once Evans achieves that then we can expect his Bullet In The Head or his Once Upon A Time In The West.  For now, this is his The Killer to The Raid’s A Better Tomorrow 2, his The Good, The Bad and The Ugly to The Raid’s For A Few Dollars More. 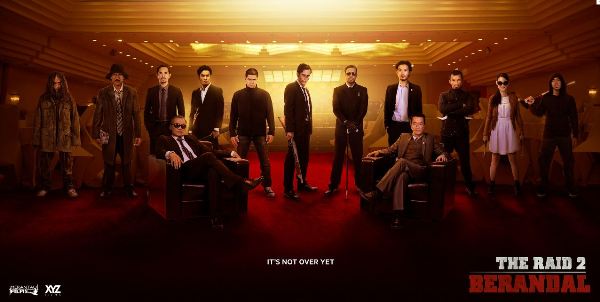 Already one of the films of the year, and highly unlikely to see any competition for the crown of 2014’s best action movie even with Tony Jaa’s The Protector 2 aka Warrior King 2 due out, if you get any kind of pleasure from watching skilled fighters beat the living crap out of each other on screen all helmed with vision and skill, then get out and see this on the big screen, where you can appreciate the scale and power of the film.  Also, the U.K. BBFC-approved version is uncut, unlike the U.S. MPAA-rated version, so gorehounds can take their pleasure in every bone break, blood spurt and head shot that Evans and his creative teams have crafted with relish.