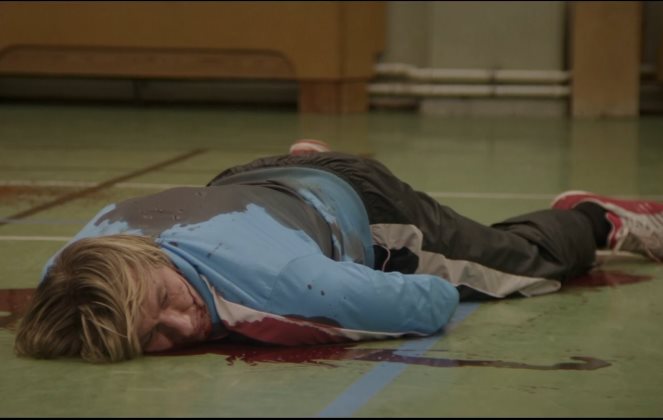 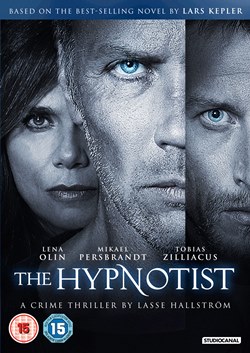 Label:  Studio Canal
Release date:  15th September 2014
Click here to buy from:  Amazon UK
Format:  DVD
Video format:  PAL
Aspect Ratio:  16:9
Soundtracks:  Dolby Digital 5.1 & 2.0:  Swedish
Subtitles:  English
Runtime:  122 mins + extra
No. of discs:  1 x DVD-9
Region Coding:  Region 2
Rating:  BBFC 15
Official Synopsis
In the middle of a dark December night, psychiatrist Erik Maria Bark (Mikael Persbrandt) is woken by a telephone call from a hospital in Stockholm. Detective Inspector Joona Linna (Tobias Zilliacus) asks for his immediate help in treating an unconscious patient suffering from acute trauma. He hopes that Erik will be able to communicate with the young boy through hypnosis, enabling the police to question him. They intend to find out who so brutally murdered his parents and younger sister, in order to track down and save his mysteriously missing older sister before it is too late.

Review
Thanks to the surge of interest in crime TV from Scandinavian countries fostered by BBC Four, a whole two decades of TV and film that no-one had bothered to import has finally flooded in, a lot of courtesy of Arrow. French company Studiocanal have gotten in on the act here, with this U.K. release for a prestigious adaptation of the best-selling debut novel from Lars Kepler. The latter nom de plume hides a Swedish married couple, both successful authors, who have turned their hands to the Stieg Larsson-esque end of the Nordic Noir field with great effect. The book’s success and subsequent novels about Swedish CID (but Finnish!) cop Joona Linna have attracted a stellar creative team for this film, and the results do not disappoint. 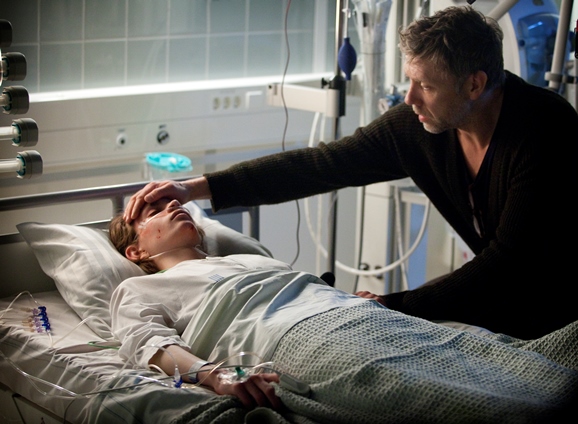 The biggest shock is perhaps the director involved. Award-winning and Oscar/BAFTA-nominated director Lasse Hallström is not a name one expects to see within the pages of The Dark Side, famous for adapting modern literature from What’s Eating Gilbert Grape? (1991) through Chocolat (2000) to most recently Salmon Fishing in the Yemen (2011), while beloved of fans of a certain age for his work with ABBA. However, this 2012 adaptation shows the then-sixty-six-years-old Swede demonstrating a young man’s facility with blood, fear and suspense back in his home country, doing himself, the book and the genre proud. The initial crime scenes are not skimped on, bringing vividly to life the bloody descriptions from the novel, while the film shows us the fatal stabbing in the school gym with graphic detail worthy of a horror film. We’re not on BBC Four now… but we are on U.K. DVD, and both scenes seem less bloody on DVD compared to the non-BBFC-ed film print screened at Frightfest 2013. The flashback to the family massacre later on still retains its gory power, however. 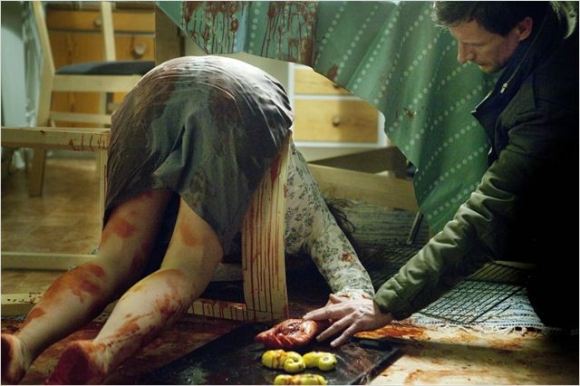 The film streamlines the book to positive effect, whilst maintaining key sequences: the home invasion and kidnapping of Erik’s son, the aforementioned flashback, the hospital escape and the snowbound finale are all there, and handled so well as to suggest Hallström could have notched up several genre triumphs over the years if had chosen to. A major change to the plot means that fans of the book can enjoy the film more as unexpected events take place, while others are re-ordered as part of the new narrative structure. Part of Hallström’s skill over the years is in understanding the complex demands of the adaptation process, while having an enviable reputation for being an actor’s director, or perhaps more accurately, an actress’ director, and both qualities are firmly on display here. The world’s most talented actresses have starred in his films, from Juliette Binoche to Emily Blunt, and here he gives his wife the great Lena Olin a meaty part indeed, something deserving of her as a fellow Swede, and an equally fêted one at that (lest we forget also Oscar-nominated). Also worth noting she has never been snobbish about genre films either, starring in crime films, actioners and horror flicks to memorable effect.

In order for Olin’s part to be so meaty, as the titular hypnotist’s wife Simone, it has had to be altered and beefed up from the role in the novel. Fans of the book will find this has been done with tact and care, making it feel natural rather than forced, and it works given the other changes mentioned earlier. It also amply justifies casting Olin in it; a lesser version of the role would have been a waste of her ample talents. Her work with Mikael Persbrandt in the title role is excellent, grounded and real, anchoring the emotion of the story. Persbrandt himself is no slouch, another award-winning actor who here nails the internal struggles of sleeping-pill-popping disgraced medic Erik seemingly effortlessly. He and Tobias Zilliacus also work well together, forming more of a double-act than they do in the book. 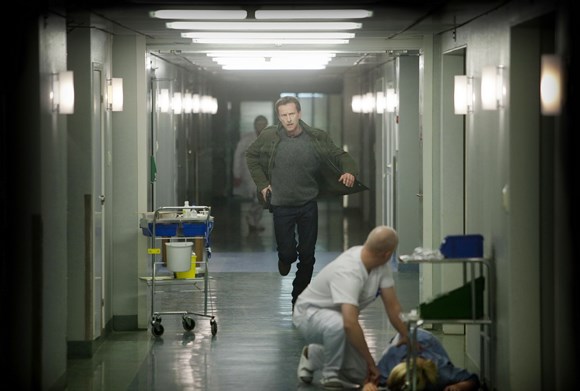 Finnish actor Zilliacus makes an excellent Joona Linna, so much so that your blogger has been unable to read the sequels without picturing and hearing Zilliacus as Linna (nor Gustav Levin as his boss Carlos). With the second book being filmed, one really hopes they keep him on board (IMDB certainly lists him as such), as he is very, very watchable indeed, the perfect addition to the Nordic Noir pantheon of dogged detectives. Given the action and high body count of the second book, it could be quite the challenge, but one would hope the producers and the actor will find it worth their while to rise to it. 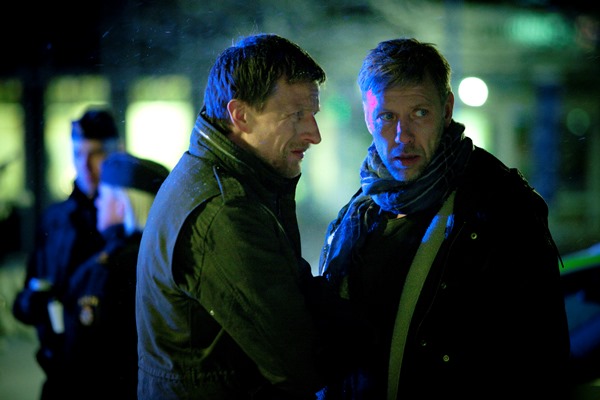 Video & Audio
The DVD upscales nicely, and the white subtitles are well done, although occasionally missing audible background chat. Good video and audio given it’s a modern DVD release with no worthwhile extras, but compared to the projected film experience it really loses something in standard definition. Blu-rays are available in other territories, but none yet with English subtitles.

Extras
Just the subtitled theatrical trailer, which does a very good job of selling the film without giving away the whole thing, but also showing enough key moments from the book brought to life that fans of the latter would go see it in cinemas (a real shame U.K. viewers missed out on that). Missing from the Scandinavian editions are the BTS doc, the Deleted Scenes and the interviews – any extras of substance, basically. 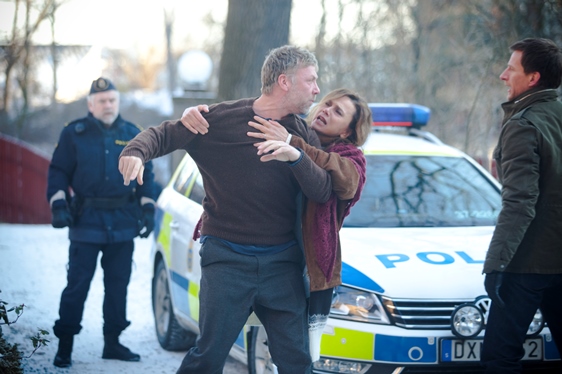 Conclusion
The Nordic Noir subgenre of written, televised and filmed crime has boomed in the U.K. over the last few years, meaning that dark suspensers like this one can now find their way to the U.K., even if they still don’t yet merit the high-def with extras edition the rest of Europe gets. It’s a joy to see such a classy production of a good crime novel, finely tuned by a master craftsman. Fans of the book and the subgenre should try out immediately without hesitation; newcomers would be better off starting with the Millenium Trilogy aka The Girl… Trilogy, then follow up with this. Roll on the sequel!