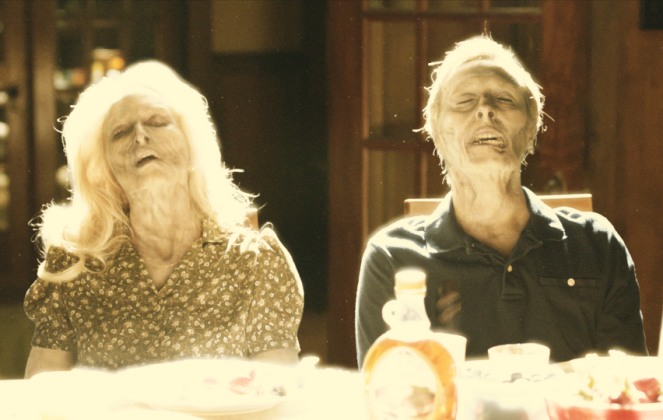 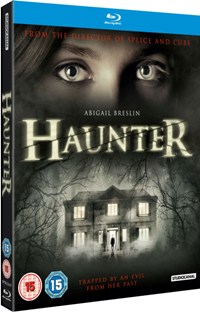 Official Synopsis:
Teenager Lisa Johnson (Abigail Breslin) and her family died in 1986 under sinister circumstances but remain trapped in their house. Unable to move on and tormented by their killer, they must live out their last living day over and over again. Lisa soon discovers that she is trapped in limbo and must fight to free her family from their prison.

Over a period of six ‘days’, Lisa must reach out from beyond the grave to help her present-day living counterpart, Olivia, avoid the same fate Lisa and her family have suffered. Also starring Stephen McHattie (Watchmen, 300), Peter Outerbridge (Saw VI, Silent Hill: Revelation 3D) and David Hewlett (Splice), Haunter is a chilling supernatural horror with a twist. 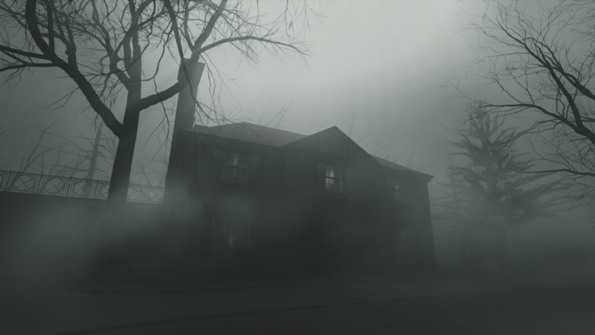 Review:
Canadian director Vincenzo Natali has had a career of consistent quality over constant quantity, with Haunter only his 6th full feature in 13 years. Every one of thos features has been well worth watching, some of them unforgettable experiences:  Cube, Cypher, Nothing, Splice. Now Haunter can be added to this list, but it’s a very different kind of film from those earlier ones, a step closer to the mainstream but without any loss of the director’s unique style and approach.

There’s something in the water in American mainstream horror over the last few years. The easiest and most cynical would say the trend for haunted house pics is just the bigger studios reacting to the success of the low-budget Paranormal Activity series, but there’s something more there in terms of who is the audience for these films. Horror as a genre of cinema just seems to get more and more successful in terms of audience figures and profitability each year, which means the people watching it are not just a hard-core of fans but a broad flow crossing over with the mainstream. These are folks with their own homes, sometimes with families, and these films speak directly to their own experiences and fears (another reason why the overloaded, uneven first season of American Horror Story has been such a success). Superficially, Haunter resembles these in its opening scenes, and should draw in a wider crowd than most of Natali’s film have up until Splice. 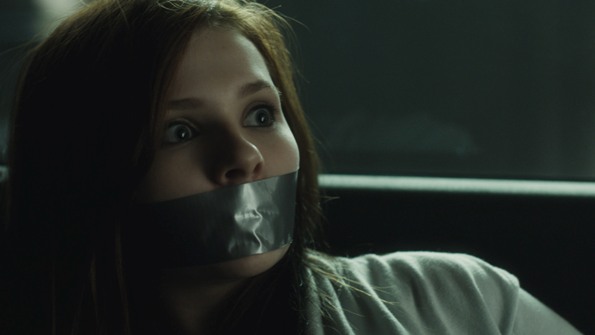 However, what Natali has crafted here reaches out to a very specific audience within that mainstream, and one that is hugely important to the increaseed success of the genre:  teenage girls. In the 90s, teenage girls were getting into horror via older siblings and the accessibility of VHS. These are today’s 30-somethings, a key component of the audience keeping cinemas profitable in the recession. They have kids of their own. and this film works hard to find and keep both audiences the length of the film. This is exactly the film that wasn’t there in the 90s to act as a purpose-built gateway for a new audience, and in the hands of a master craftsman like Natali, it remains a scary, intense film that avoids mawkishness or pandering to marketing ideals of those audience segments. 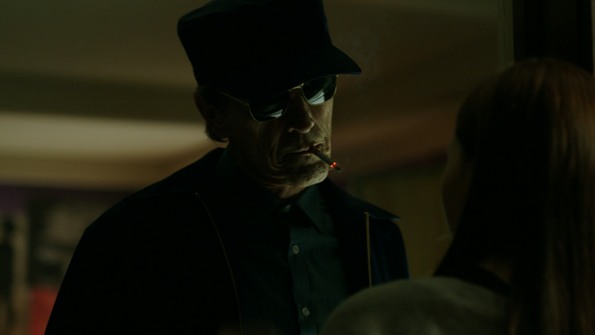 Breslin’s central performance goes beyond the initial gothic teenager she appears to be, deepening past self-reliant Nancy Drew investigator role as she tries to find out what has happened to her and her family, into an iconic performance that sets the bar for teenage female leads in horror. She represents a new way of looking at a role that has become mired in controversy and confusion over the years, a version parents should be happy to see their daughters watching. Not just a Final Girl, the film permits both her and the many female victims of the killer to become more than simply one-note victims, screaming figures solely there for graphic dismemberment for the audiences’ enjoyment. Breslin plays all the shades of a teenager dealing with the unearthly circumstances she finds herself in, but it’s the subtlety with which she transitions across the film through enquiry, discovery, fear, and desperation to bravery and heroism that marks the viewer. Watching her become the active avenger of the victims she uncovers without her being sexualised or physically brutalised is, in today’s genre landscape, a rarity worth celebrating. 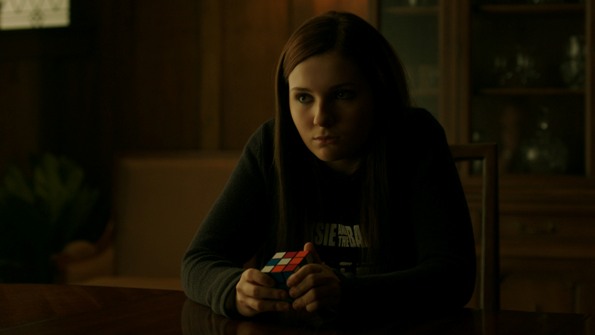 Natali’s subtle, understated mood work allows the intense moments to really work, but on DVD the impact is lessened greatly from the Empire Leicester Square Screen 1 screening at Frightfest 2013. The muted colour palette, also designed to allow the breakouts of colour and the different settings to stand out, blands out slightly in standard definition. One hopes the blu-ray, released by Studicanal at the same time, replicates the theatrical experience better. The only extra is a terrific, meaty 20-minute featurette that interviews everyone relevant as well as looking behind the scenes; missing in action from the U.S. disc are the director and writer commentaries and the hour’s worth of storyboards.