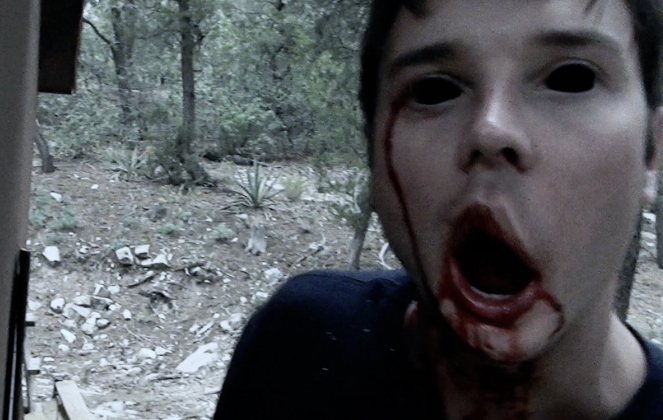 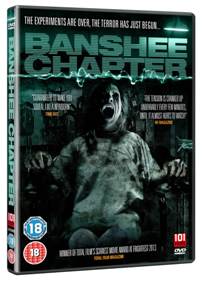 Official Synopsis
From Executive Producer Zachary Quinto’s (Star Trek) Before the Door Pictures comes this jump-out-of-your-seat horror that will terrify with its unique blend of fact, conspiracy and the paranormal. Banshee Chapter is the deserved winner of Total Film’s ‘Scariest Movie Award’ at Film4 FrightFest and is “guaranteed to make you squeal like a newborn” (Time Out)! 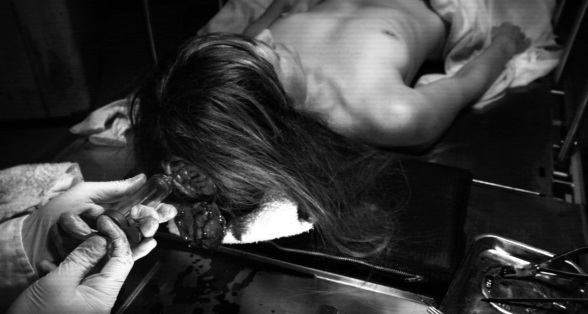 Review
Another film pushed as a “found footage”/faux-doc feature that premiered at 2013 Frightfest, this had good word of mouth from those who saw it. Out now on DVD thanks to the team-up of 101 Films and Intense Distribution, how does it fare away from the Empire Leicester Square Screen 1 packed full of hardcore fans?

On its own it makes a pretty good case for being one of the highlights of last year’s crop of microbudget horror films in this format, simply by dropping said format about a quarter of the way in, and getting on with being an intense microbudget scarefest. Something about the close-in shooting style often used for these sorts of films makes for an intense viewing experience at home, with several shock moments working as well if not better in the home environment, and for all the film’s failings, it stands out as different enough to be worth the viewing. 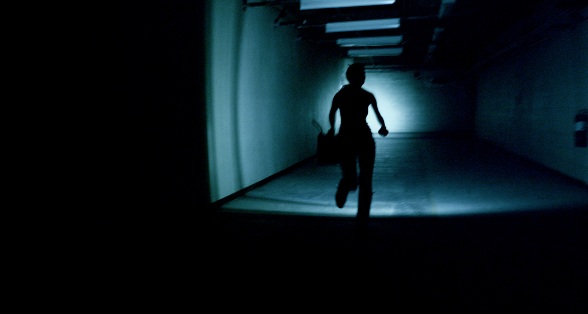 The plot is a nice mix of conspiracy staples, effectively blending real-life 60s weirdness (actual docu footage is carefully intercut in the opening and closing sequences) with H.P.Lovecraft’s short From Beyond, already filmed very successfully in 1986 by Stuart Gordon. Fans of The X-Files will feel right at home in this film, as much for how certain sequences are shot and unfold, as for the plot elements. The Lovecraft connection is explicitly acknowledged in the second half by Ted Levine’s excellently-played Hunter S. Thompson stand-in character, although sadly a little early in suspense terms, and some of the looser, lo-fi directorial choices also contribute towards a messy feel to the whole film. 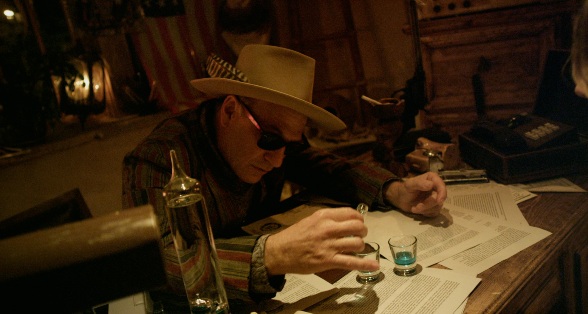 That is made up for, however, by the mood and the scares. Given what debut writer-director Blair Erikson achieved on this scale, if he makes another genre piece with more money it will definitely be worth paying attention to. This really is quite the achievement on a microbudget, making great use of New Mexico locations not usually seen in horror flicks alongside good performances from the lead, Blighty’s own Katia Winter (Sleepy Hollow, Dexter), and supporting cast, alongside the aforementioned turn from Levine. That said, there’s a certain mood and style at play that, if it fails to capture you from the start, will do nothing for you the length of the film. If Lovecraft’s original short is a dark piece of classical music of the more eccentric sort being composed in 1920, then this is an alt-country reading of the main melody. 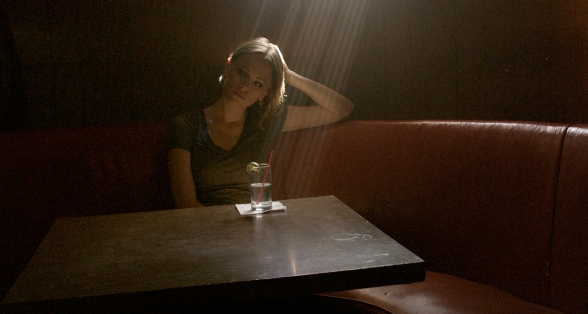 Video & Audio
Decent enough. The picture won’t win any awards, but accurately reflects the source material and is very watchable. It was made in 3D, but from this solid presentation it’s hard to see how the film would have truly benefited from that. The audio, however, is key to the scares, as is typical of found footage/faux doc films, and is a good solid 5.1 mix, with some good music cues and song choices along the way. 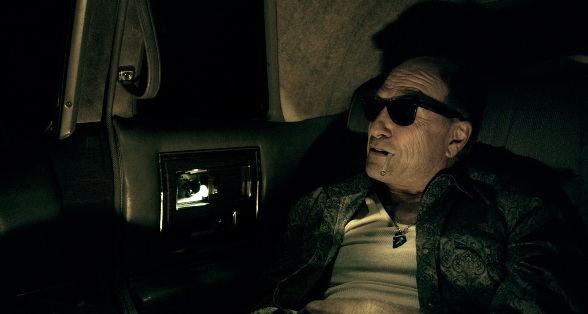 Extras
Just three tiny BTS featurettes and a (good) trailer. The featurettes has been further subdivided into three sections which only run a few minutes each, but annoyingly have been separately listed in the menu. It would have made more sense to simply run these together. They do give a reasonably, though perforce brief, look at how the film came together and what it was like on set. Ted Levine’s point about horror films that work is basic but a good one, especially coming from the man who was Buffalo Bill in The Silence of the Lambs. 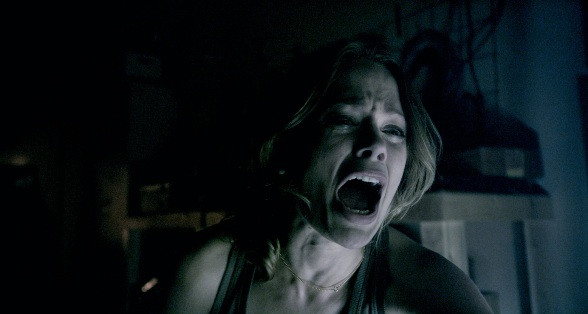 Conclusion
While 2013 has felt very much like the final phase of the “found footage”/faux doc style in horror films, the wrinkles seen on the formula showed that it could still produce decent scares when carefully crafted – V/H/S/2, The Dyatlov Pass Incident, Frankenstein’s Army – and to that list we can add Banshee Chapter. Whereas Dyatlov and Frankenstein’s could have done without the faux-doc structure, this has the good sense to leave it behind to become a good, scary film. It’s funny how both it and Dyatlov are very much in the X-Files mould in the year of that show’s 20th Anniversary; long may we have more of these unusual films pushing for originality, and less of the usual formulaic zombies/vampires/slasher attempts from the microbudget scene.