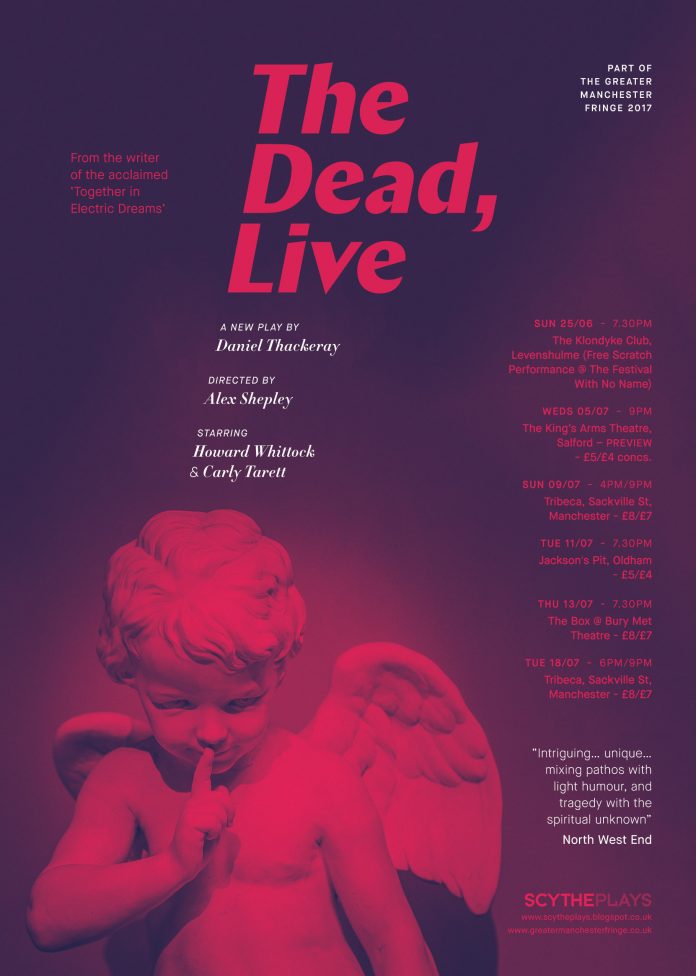 This just in from reader Daniel Thackeray, and well worth sharing.

I’m a recent discoverer of your wonderful magazine The Dark Side. As a longtime horror fan (enough to have my own podcast about the films of Cushing and Lee) I find its tone of highly informed enthusiasm and occasionally cheeky criticism a real tonic – not to mention its splendour in the area of artwork.

I’m the writer and producer of a new stage play, The Dead, Live which falls into the category of horror/ghost story. I know the main focus of your magazine is horror cinema but you do have some coverage of TV and books so I wondered if you may occasionally look at theatre stuff. Particularly I thought you may have some coverage of this year’s London Horror Festival, in which we will be performing on October 22nd, alongside another acclaimed spooky piece in which I appear as an actor, The Haunting of Blaine Manor, on November 4th.
Here’s the  trailer for The Dead, Live.  It’s a story based around a fake ‘psychic medium’.
The Dead, Live – theatre ghost story with Howard Whittock – July 2017 trailer