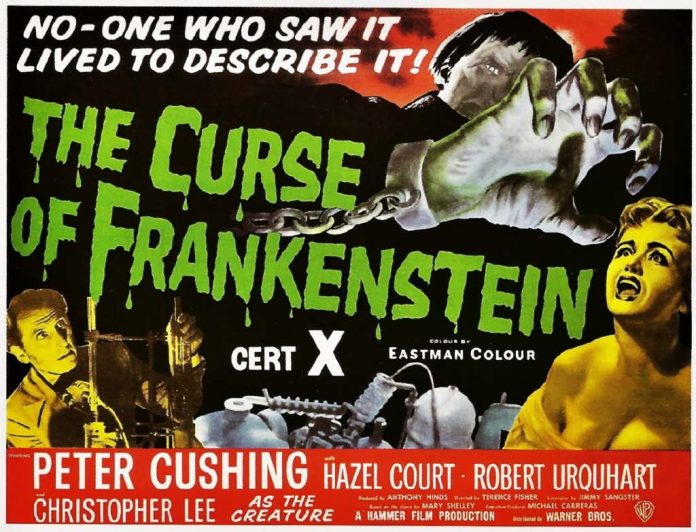 The Hammer Blu-rays are coming thick and fast now, and here’s one of the most eagerly awaited, the movie that really started it all. I have to admit that I am not so much a fan of this as I am their 1958 version of Dracula, but the very first Hammer Technicolor horror must have had a tremendous impact on audiences of the time. in a style not too common in horror movies at the time the story is related by Baron Frankenstein (Peter Cushing) from a jail cell where he waits in the shadow of the guillotine for his misdeeds. Not allowed for copyright reasons to imitate old bolt-necked Boris, make-up artist Phil Leakey came up with a horribly scarred fizzog for charm school graduate Christopher Lee’s monster. The film is also unusual in that it presents Frankenstein as an even bigger monster than his creation (though later entries in the series would soften Cushing’s character). Cushing was cast because of his success in a BBC TV version of Orwell’s 1984, while Lee became a star in his 36th film role. This movie cost £120,000 to make and grossed millions. Hazel Court supplies the glamour – and ends up taking a bath in acid!