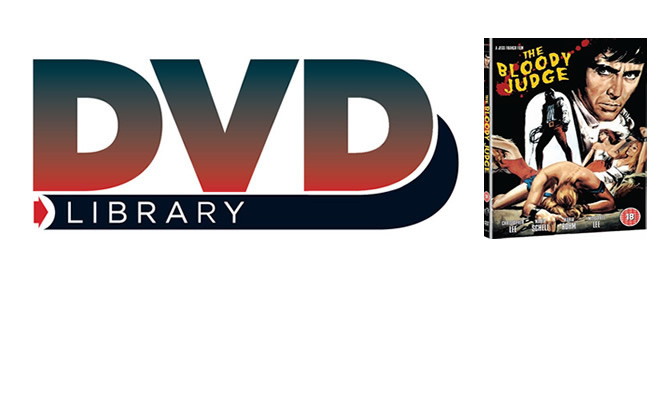 Death, destruction, cruelty, murder, madness. Not the impending results of the Tories’ planned NHS reform, nothing that apocalyptic. Rather a prophecy from a sightless seer for troubled times. As this is ‘un film de Jess Franco’, we can add, “breasts, bondage, boobies, lesbians, boobs.” All in senseless taste. Choosing to focus on the real figure of George Jeffreys, an unforgiving Justice quick to disproportionately condemn, who rose to position of Lord Chancellor during the reign of James II, The Bloody Judge may be considered Franco’s Cleopatra, the closest thing the director did to a historical epic of ostentatious, obscene excess. It is 1685: England is in political turmoil and on the brink of civil war. Undergoing slight name change to protect against certain unsubstantiated allegations (i.e. rapist), Judge Jeffries (Christopher Lee) will punish all forms of suspected dissent with torture or the death sentence. The plot that galvanises the various exploitation episodes concerns Mary Gray (Franco regular Maria Rohm), sister of an executed witch and squeeze of Harry, who has links with the rebel army gathering under William of Orange. Jeffries develops a crush, imprisons her: Harry to the rescue as his pals come to emancipate the nation. You don’t need to be blind and live in a cave to prophesy that.