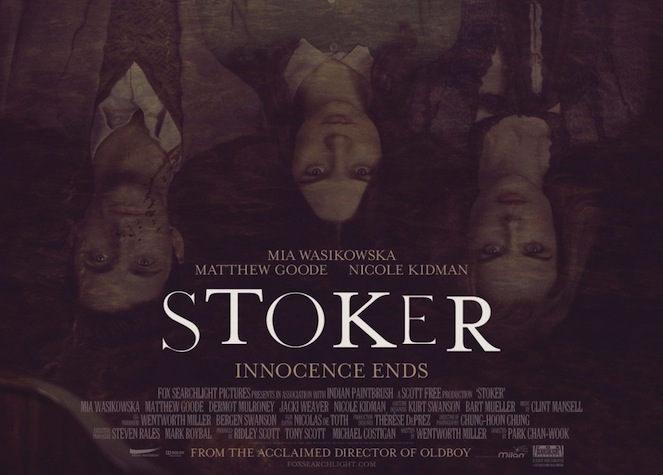 Part of Tony Scott’s legacy after his tragic suicide is the first English language film to be made by Park Chan-Wook director of Lady Vengeance and the soon to be remade Oldboy. Produced through Scott Free productions it tells the story of a long absent Uncle ( Matthew Goode) attending the funeral of his brother where he is eyed up by the widow, (Nicole Kidman). Charming his way into both her affections and home it slowly becomes clear that his real target is her moody daughter (Mia Wasikowska) whilst at the same time instigating a series of strange events starting with the disappearance of the housekeeper .