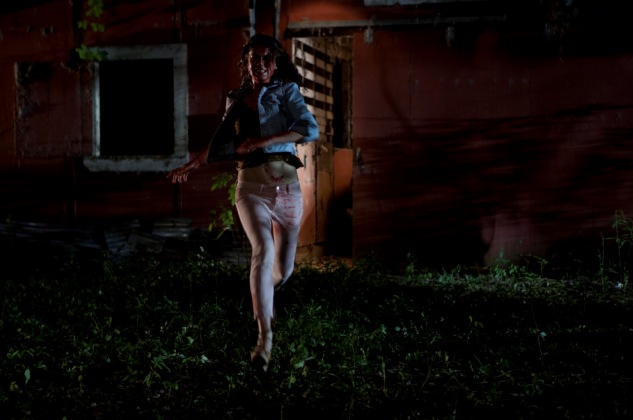 There were some real crowd pleasers at this year’s Frightfest, horror films that did what horror fans want to see done, but with enough originality and wit to stand out and become re-watchable minor classics. WWE Film’s latest offering  this year, No One Lives, starts off a thriller like their two previous WWE Studio releases (Dead Man Down and The Call), but then veers into full-blooded slasher territory, with a nice simple twist to it. To say any more would be to spoil things, but rest assured if you want a slasher-thriller built on a solid premise and swimming in great gore effects, this is a great choice for a Friday night in with pizza and beer.

Thankfully, as discussed in the last blog entry, fans who miss the increasingly limited theatrical outings for films can pick them up very quickly afterwards, and the DVD/Blu-ray both hit U.K. shelves this week. If you’ve already seen the film then you know if you’re picking it up or not, but if not, then we can certainly recommend it in its home video incarnations.

The Blu-ray we received for review was first class in picture and sound, as the majority of WWE feature discs are. Anchor Bay UK, known of late for not putting any extras whatsoever on their blu-rays, have got a really solid half-hour  making-of on this one, with a lot of input from cult international genre director Ryuhei Kitamura. Kitamura’s debut was the cracking Yakuza vs. Zombies flick Versus, an Asia Extreme genre classic, but of late he’s been making interesting horror pics in the West – his last big outing was the Clive Barker adaptation The Midnight Meat Train. This new feature really lets him go out there and play with the full bag of tricks, and it’s a joy to hear him pushing his technicians on set, asking for more blood take after take. 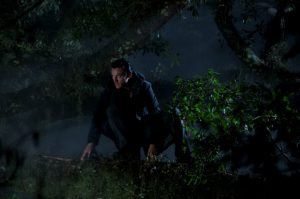 All the actors, wrestlers or not, perform very well, but the stand-out is Welshman Luke Evans. Between this and the earlier Fast & Furious 6 he has pretty much got the “supremely controlled, highly trained antagonist” thing down. While he’s already proven he has variety, his most recent choices suggest he’s increasingly comfortable with genre films of all sorts, and is carving out a pretty serious career  in them. It’s going to be fun seeing him turn up, a Brit answer to Karl Urban in that if you see his name on the poster you can be sure there’s going to be at least something about the film to make it worth seeing. (And if they make a Dredd sequel they absolutely HAVE to cast Evans up against Urban!)

One of the most fun action-horror films this year, it’s another example of WWE taking the money from their DTV sequels and shifting tack. They are arguably the most solid B-picture outfit around, and it’s great to see them bringing in solid genre directors and decent actors to build films that happen to include wrestlers, rather than building them around the wrestlers. With the Soska Sisters announced as directing See No Evil 2 starring the great Katherine Isabelle and scream queen du jour Danielle Harris, it looks like No One Lives is the start of something good.