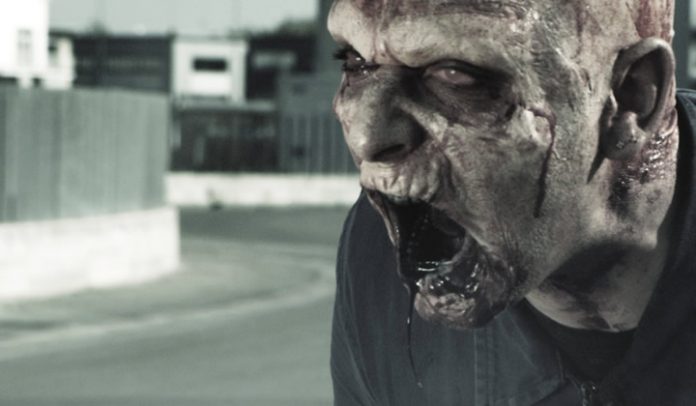 After Eaters, Marco Ristori and Luca Boni deal again with zombies in their gruesome new movie. Despite the name of Uwe Boll, who produces and distributes, and the American and British cast, this is an all-Italian movie.

Some years ago Uwe Boll announced he wanted to direct Zombie Massacre, then he decided to contact the Italian directors during the post-production of Eaters, and proposed they take over the project. The budget was a little bit higher than that of Eaters and the production stronger:

Bonis says: “Uwe really appreciated Eaters and felt that we were up to test ourselves in something bigger without abandoning the zombie theme. Boll is also heading towards a more mature and personal kind of movie, and doing a freaky kick-ass film with zombies maybe wasn’t his dream. But joking aside, we believe that he wanted to reward the efforts we made with Eaters.”