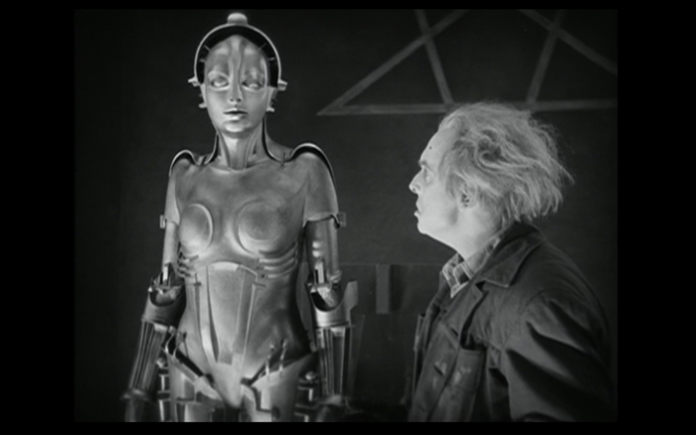 In 2008, cinephiles across the world rejoiced when a near complete version of Fritz Lang’s original cut of Metropolis was discovered in a cinema museum in Buenos Aires. When it was screened in his native Germany in 1927, it tanked and the director was forced to re-edit it numerous times before Paramount ripped out over 30 minutes of imagery to simplify the narrative ready for distribution in the US. This was the version that survived, until a 2002 digital restoration was released that culled archive prints from across the world to ensure Lang’s vision was as intact as possible, whilst reinstating the original music and inserting title cards that narrated the scenes believed to have been wiped from history. So you can imagine the cinephilic orgasm when one of Lang’s original prints from 1928 cropped up in Argentina: all that footage believed lost could finally be resurrected in full Metropolitan glory.

But there had been a prior, significant effort to restore Metropolis, one that had the majority of the cinephile clique reaching for their velvet-lined sick bags. Inspired by a 1980 restoration of Abel Gance’s silent masterpiece Napoléon, disco pioneer Giorgio Moroder painstakingly did some detective work, eventually presenting a version that rescued a few missing sequences and augmented a couple of scenes from the original screenplay with still photographs that he had uncovered. The most complete version of Lang’s masterpiece was finally available after more than 55 years since its premiere. Surely a thing for celebration, so why were film buffs spewing celluloid bile?

Moroder added a continuous soundtrack of contemporary electro-pop featuring his own compositions and the voices of some of the most famous stars of the day. How vulgar! He made it a work of polychromatic wonder, tinting away and adding occasional optical effects. How impure! And most controversially, like any good record producer, Moroder streamlined the cut to 82 minutes, replacing intertitles with subtitles penned by him and his song-writing partner Pete Bellotte, and ran the movie at 24 frames per second as opposed to 18-20 fps, which was the norm for silent cinema. Heretic! [Although there is huge debate about original frame rate and Lang supposedly wanted the prints tinted. So there.

In speeding everything up, the Moroder presentation plays like a genuine action movie especially during the final chase between hero and villain, which always seemed lugubrious and unexciting, not two adjectives one would associate with the German director, when run at a more traditional rate. For a film about the dynamism of the machine age, an impetuous pace is also entirely apt, the swift action and narrative advancement early on in danger of leaving the viewer behind.

And then there is the music, which makes it feel paradoxically contemporary, yet, at the same time, an artefact of the past. Moroder’s incidental compositions and instrumentals easily rival his best soundtrack work on Scarface and American Gigolo: the trundling tempo underpinning ‘Machines’ that cascades into contorted urgency; ‘The Legend Of Babel’s’ shimmering synths blossoming into unashamed romanticism through climbing scales. Not to mention an inventive use of blip and beep sound effects to add rippling texture underneath the quieter scenes.

But the pop songs sound dated: Freddie Mercury unconvincingly warbles ‘Love Kills’ as the evil Maria dances for leering eyes at the upmarket Yoshiwara night club; the hair rock of Loverboy’s ‘Destruction’ accompanies the, erm, destruction of the worker’s quarters. Only Bonnie Tyler’s spunky ‘Here She Comes’ brings real aural punch to the blunt lyrics and enhances the seductive influence of Brigitte Helm’s character. However, if the anachronism of these 80s power ballads sticks out amongst the more driving electronic rhythms as camp at best, it inadvertently complements the tension between some of the more overblown acting styles, not to mention the naïve political message, and the groundbreaking technical achievements of Metropolis itself.

Love it or loathe it, one cannot deny the influence of Moroder’s rendition in distilling the movie into public consciousness. It would have been the first encounter with Lang’s dystopian vision for an entire generation, the commercial success in turn inspiring film collector Enno Patalas to embark on the exhaustive search that would result in the 2002 version. The music videos for Queen’s ‘Radio Ga-Ga’ and Madonna’s ‘Express Yourself’ are indebted as is Madge’s gold, pointy-boob corset. Recently, Janella Monáe has recorded two concept albums that specifically pay homage.

For all those haughty movie boffins, without an ‘80s remix, Metropolis may well have continued to gather dust in cinema’s forgotten vaults.

Extras: ‘The Fading Image’, brief vintage documentary about Moroder’s quest to revivify Metropolis featuring snippets of the man in the studio. However, it is for the fantastic 5.1 surround mix that makes this release truly supersonic.