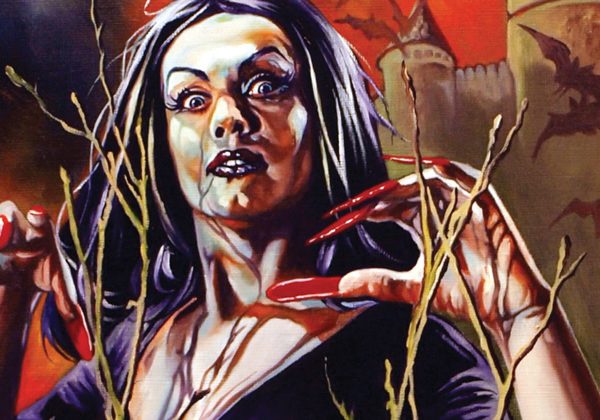 Issue 164: Girls Of Our Screams

This issue’s theme is Scream Queens and we have fascinating interviews with some really iconic horror actresses, including the wonderful Caroline Munro, Veronica Hart, Yvonne Monlaur and Cassandra Peterson.

This issue’s theme is Scream Queens and we have fascinating interviews with some really iconic horror actresses, including Caroline Munro, Veronica Hart, Yvonne Monlaur and Cassandra Peterson.

Calum Waddell meets Cassandra Peterson, who put some glamour into the genre scene as her alter ego Elvira…

We investigate the history of Eros Films, a UK distributor that specialised in re-releasing classic horror films for the horror-starved British public…

We chat with Veronica Hart, an adult film actress who also starred in a series of horror shockers which provided her with some solid Scream Queen chops…

Our resident artistic genius Rick Melton rents a deck chair on Splatter Beach. Will someone dare to kick sand in his face?