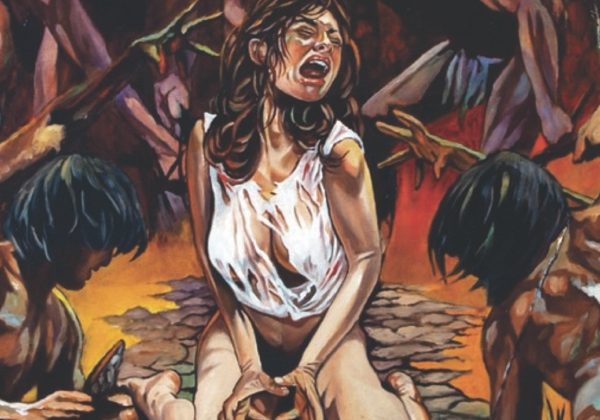 We look at the history of the BBFC and the films on the original DPP video nasty list and talk to British actress Catriona MacColl about working with Lucio Fulci.

We look back at the history of the BBFC, guardian of British movie lovers’ morals since 1912…

King George V was on the throne and movies like Dr. Jekyll and Mr Hyde were on our screens, as Denis Meikle recalls. He was only a teenager back then of course.

And the Banned Played On

John Martin gives us his thoughts on the BBFC, and checks out the modern availability of all 39 films on the original DPP video nasty list…

Meet the She Wolf

Ilsa’s Dyanne Thorne takes a break from keeping a harem for the oil sheiks to chat about her wild exploitation career.

Ruggero Deodato speaks to Calum Waddell about the return of the cannibal genre with Eli Roth’s The Green Inferno.

It’s a Jungle Out There

Umberto Lenzi talks about the filming of his notorious video nasty, Cannibal Ferox, aka Make Them Die Slowly.

Another masterful column from Rick Melton, a man who is such a consummate artist that he can’t even go to bed without drawing the curtains.