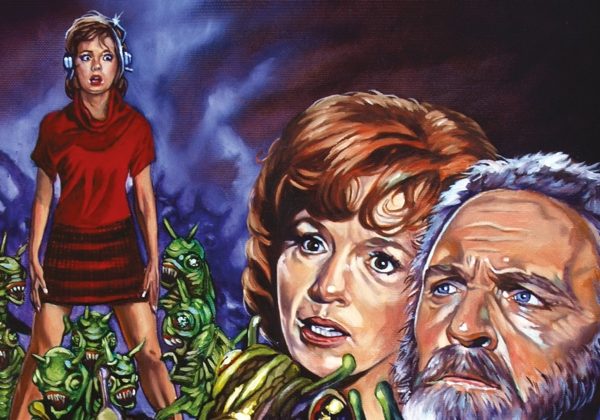 We take a look at genre legend Quatermass, interview horror maestro Alan Frank, look at the time when Frankenstein met the Wolfman and much, much more…

We chat with Lisa Wilcox, who became one of the most beloved babes of eighties horror as Alice in the Nightmare on Elm Street movies.

Arrow Video have built a reputation as one of the UK’s top cult movie labels. We chat to them about some of their past treats, and the dark delights to come.

A candid interview with legendary film critic Alan Frank, a man whose genre books introduced a whole generation to the delights of celluloid terror.

Are you ready for Sheer Filth? John Martin says he was born ready. Join our bearded reprobate as he reconnects with his horror hack heritage.

It is indeed rocket science, but Professor Denis Meikle is amply qualified to look at the small screen and Hammer horror career of Nigel Kneale’s legendary creation…

It was the year of Ridley Scott’s Alien and also the year of Killer Fish, the Lee Majors film that somehow missed out on the advertising slogan: “Underwater, no one can hear you scream!”

Seconds out as Frankenstein Meets The Wolfman, and Rick Melton is the ring boy. For him it’s a night out, for his family it’s a night off.