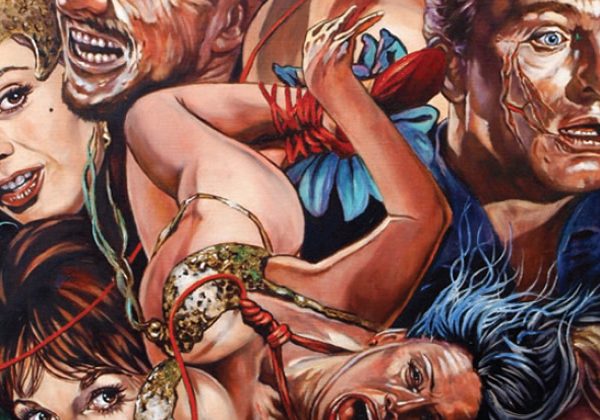 We speak to the legendary Roger Corman, explore the the amazing career of Charles Band, and much, much more!

John Martin takes a trip to the Lake District to check out the locations used in The Living Dead At The Manchester Morgue.

John Hamilton looks at the pre-Tigon career of the late Tony Tenser, the man who coined the term “Sex Kitten” to describe Brigitte Bardot!

A Year For Fear

Travel back in time to 1960, a great year for Alfred Hitchcock but a horrible one for Michael Powell. There’s the signpost up ahead, and Denis Meikle is your guide.

King of the B’s

Calum Waddell chats with the legendary Roger Corman about his early moviemaking days, including the real story behind the filming of Boris Karloff’s The Terror

John Martin meets Barbara Steele, the only girl in horror movies whose eyebrows can snarl, and discovers why we’re all Steele crazy after all these years.

Dave Jay takes a look at some of the weird and not always wonderful 80s movies made by Charles Band, one of the last great B-movie survivors.

Rick Melton said no to drugs but they just wouldn’t listen. He’s seen it all, done it all and can’t remember most of it. That’s why he’s right at home here.