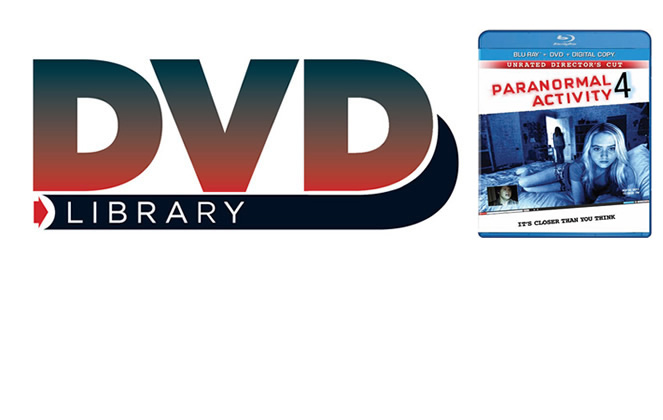 Someone on Ain’t It Cool News called this “Absolutely terrifying,’ and I have to agree. It is indeed absolutely terrifying that such a crap movie can generate almost a hundred million dollars at the box office. My daughter Jade was suckered into seeing it at cinemas, and when asked, delivered a succinct two-line review: “It’s shit.”

Sad to say she’s right. Easily the worst of this thin series, its dreary ‘plot’ picks up a few years after the original film left off, shifting the focus to a suburban family in Nevada. When a neighbour falls ill, mum Alexondra Lee agrees to take in the woman’s oddball son, Brady Allen, while she recovers in the hospital.

Strange things seem to happen around this seemingly possessed kid and his adopted family’s teen daughter Alex (Kathryn Newton) tries to get to the bottom of them with the help of her boyfriend and frequent iChat partner Ben (Matt Shively), who comes up with the idea of recording things through video cams.

The only decent idea here involves the smart way the X-Box Kinect is incorporated into the supernatural shenanigans. Otherwise this is a badly scripted and slackly directed mess which ends up more laughable than frightening. Paranormal Activity 5 is already in production, by the way.

Extras: 30 minutes of additional footage which doesn’t add anything much. AB.