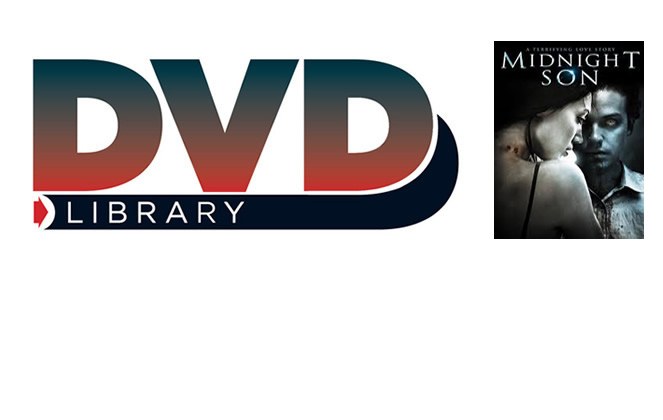 Modern-day urban vampire stories are becoming as ubiquitous as a Jess Franco film with bared fangs (and breasts). A means to explore nocturnal alienation and the outsider complex, populated with anti-heroes at odds with a society confused, hostile and unsympathetic. Perhaps Taxi Driver was the template for the sub-genre, Travis Bickle desperate to contain his descent into homicidal mania until a spectacular finale, drenched in blood and catharsis, the transformation euphoric. There are elements of Scorsese’s masterpiece coursing through Romero’s Martin and Abel Ferrara’s underrated The Addiction, both films dealing with living hell and the onset of obscene enslavement. Scott Leberecht’s Midnight Son is an unassuming addition to such a canon. Jacob Gray is a nightshift security guard who’s been feeling increasingly ill. Suffering from cirrhosis and jaundice, symptoms of malnourishment, he nevertheless scoffs indiscriminately, incapable of sating his appetite. Unable to bear daylight, he paints vivid sunrises with Fauvist fervour as respite from nocturnal imprisonment. To complicate matters, Jake has begun a romance with Mary, a local bartender: as lust grows to match increasing bloodlust, can he resist the urge to give her a fatal hickey?

Produced by Eduardo Blair Witch Sanchez, the film plays out like a low-budget slacker movie. Both protagonists are dazed and confused, the nascent vampire petrified that he’s just a freak without a diagnosable condition, Mary’s fragility after Jake’s sudden bouts of rejection touching. Actors Zak Kilberg and Maya Parish play their parts with sad humility, and the progression of whether their relationship can stay within mortal constraints and transcend supernatural craving is modestly done: a shot of them sitting in the middle of a motionless escalator is a simple but evocative image of their predicament.

The gritty misery of vampirism is unadorned with mythic delusion: Jake casts reflection and isn’t allergic to crosses. His existence is that of despairing junkie, trying to score blood in legitimate ways, the city taunting him with its purple and blue neon, like a seedy grid of swollen veins. Forced to accept blood from his ‘dealer’ Marcus, a nurse at the hospital, Jake’s conscience is disturbed when he finds out that it is not always procured from consenting patients- worse, he occasionally experiences crazed fugues of dependence that spill over to violence. When the enterprising Marcus falls victim to a binge, he decides to embrace his new state and demands that Jake join him in a bid for neighbourhood takeover, further complicating his life: the difference between the two is sharply delineated by their approach to refreshment, Jacob wearily drinking blood from flask or polystyrene cup, the other via smoothie jug or catheter harnessed to fresh supply. It is details like this that mark Midnight Son as an intelligent, honest addition to the spate of urban vampire legends. Its denouement as bloodily cathartic as that of Bickle’s, this is slacker alienation with bite.