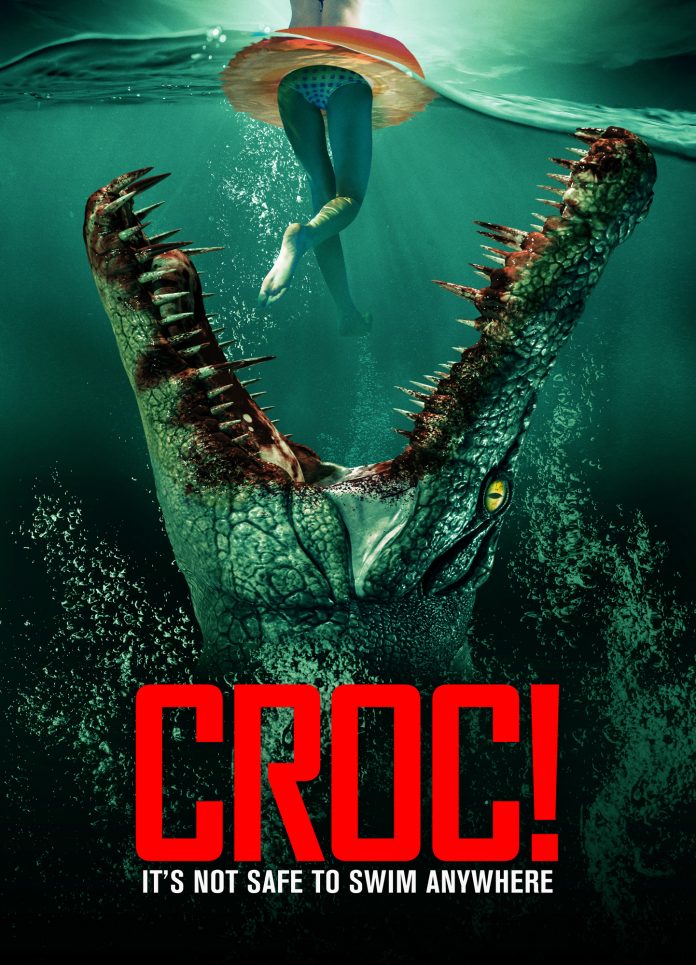 Everyone loves a creature feature and at FrightFest 2022 there’s one which ticks all the boxes, Croc! We chatted to its main star Sian Altman about this wild ride.

DS: For someone so young you’ve got a huge CV, when did you start acting?

SA: Thank you, I haven’t been called young for a while! I’ve always loved performing, but I started acting professionally just after I graduated from university. So about 12 years ago now.

DS: Are you a fan of creature features?

SA: I never used to be, I’m usually the one hiding behind a pillow or my popcorn when anything scary is on screen. But I’ve definitely started enjoying them more now that I can see all the amazing work that goes on behind the scenes. I think I’d still rather be acting in one than watching one though – my pretend scream is a lot less embarrassing than my real one!

DS: How did you become involved with Croc!?

SA: I’d worked with Scott, our producer, on a couple of other films already and he asked me if I wanted to play a bride in his next horror film which was about a wedding being ruined by a crocodile attack – how could I say no to that?

DS: How would you describe your character, Lisa?

SA: I think Lisa is definitely the more uptight character in the film. She worries about everything going exactly to plan and it’s really important to her to have a picture-perfect lifestyle, so when things go wrong, she initially has a meltdown. But there’s more to her than meets the eye. Because of her family and her upbringing, she’s got a lot of secret skills and she’s definitely tougher than she first appears. It was a lot of fun playing that duality.

DS: Did you and the cast have much time to rehearse?

SA: We were on a pretty tight schedule so there wasn’t a lot of rehearsal time, but the cast were all fairly experienced and a lot of us already knew each other from other projects so that made it easy to just dive right in.

DS: The location is stunning; did you have much time to enjoy the scenery?

SA: I’ve been lucky enough to shoot a few films at this location and whilst we didn’t have loads of time to go exploring there were a few sunny afternoons when we got to enjoy the scenery. Having a pool was an amazing bonus too!

DS: What’s it like acting alongside a CGI beast?

SA: It’s always a strange experience trying to act alongside something that’s not actually there but after the first couple of takes when everyone starts to get into the flow of things it’s easy to get swept up and you start to imagine what the crocodile will look like. Rhys did an amazing job with the VFX too, so it ended up looking even more horrifying than I originally thought.

DS: What was the shoot like as there’s plenty of blood and gore on show?

SA: It was so much fun to work on. The cast and crew were amazing, and we laughed so much on set. It really felt like a family by the end of the shoot. The blood and gore is always fun to work with – sticky and messy and I’m still finding things covered in fake blood over a year later but it really helps you get into character. And our SFX artist, Chelsea is crazy talented and so much fun to be around.

SA: I actually just came back from a two month shoot in Armenia where I played the lead in a TV series that should hopefully be out later this year, but I’m not allowed to say anything else about it at the moment. I also have a feature film coming up in a couple of weeks, which I can’t wait to get started on. So, lots of exciting things in the pipeline.