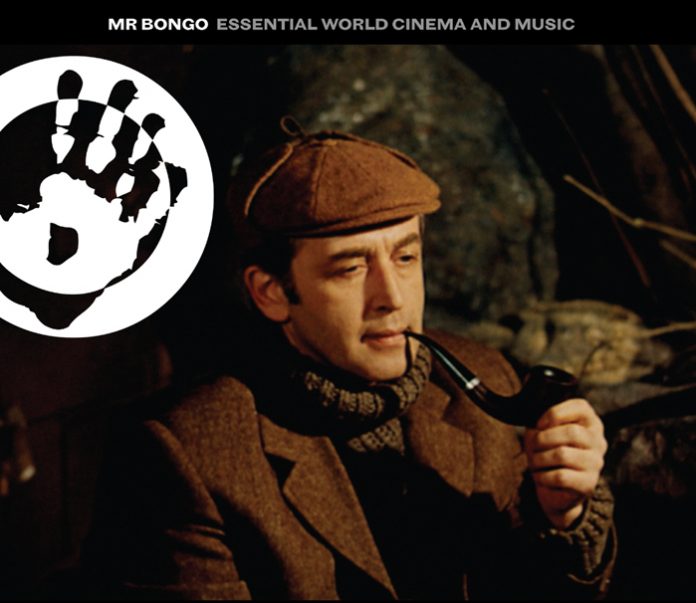 THE HOUND OF THE BASKERVILLES (1981) DVD

Here’s a pub quiz question for you: Who is the most portrayed fictional character in the movies? Clue: It’s not Jesus Christ.

According to the Guinness Book Of World Records, 75 different actors have played Sherlock Holmes. Fascinated by the astute intricacy of the stories as a child, I grew up watching Jeremy Brett’s choleric detective on television before alighting upon the urbane heroism of the Basil Rathbone films via a VHS boxed set. Holmes is the private dick that just keeps on giving and it is always a pleasure to come across a new interpretation, with the exception of Guy Ritchie’s boorish monstrosities. Lately having encountered Christopher Plummer’s deeply humanistic take on the Victorian sleuth in Murder By Decree, it was felicitous that this Russian version of Conan Doyle’s Gothic horror-inflected tale came through the letterbox starring Vasili Livonov, who received an OBE for his depiction of Baker Street’s most famous resident.

For those who don’t know, The Hound Of The Baskervilles involves a Devonshire aristocratic family plagued by the curse of a giant, demonic beast who has an appetite for ravaging through the dynasty until there is no heir apparent. After the recent murder of Sir Charles, there remains only his nephew Henry before the bloodline ceases. Brought in on the case, Holmes’s rational mind naturally suspects foul play and he sends Watson to the West Country to make enquiry and protect the new master.

This conscientious adaptation sticks close to character and detective work without shirking on the action, particularly during the denouement. The Gothic settings are also skilfully evoked: the gloomy, sparse interiors of Baskerville hall foreboding, yellow candlelight sulphurous and casting uncertain shadows, the surrounding moor desolated by the harsh winter light. But what is there to mark this film out amongst the many other faithful versions of the story?

Anachronism, for one. The fact that we are in England is signified by iconic red post-boxes, bright against the frosty rural landscape, which further emphasises the oddness of hearing such lines as “Elementary, my dear Watson” in elegant Russian. Still, almost lifeless, figures sit in the local post office and stand outside it, as if the doctor has walked into a staged vignette. Alongside this strange theatricality, there is an almost Chekhovian humour: resembling a buffoonish Cossack, Henry gets exasperated when his butler Barrymore keeps locking the drinks’ cabinet to keep him at bay; Mrs. Barrymore talks at such an excited yelp as to give a puppy a hernia.

Livanov, for the other. His portrayal is full of warmth and playful modesty. When Watson expresses wonder at his master’s deductions about the type of person that an ornamental cane belongs to, the detective toys with him before admitting the truth- the owner visited the day before. For Livanov, Holmes is less a preternatural intellect, but an adroit pragmatist full of sangfroid: the way he silences Henry’s enthusiasm with a withering glance and continues his train of thought uninterrupted is priceless.

Fittingly, Igor Maslennikov’s adaptation of The Hound Of The Baskervilles ends on a question: the doctor complements Holmes on his investigation but asks about the puzzling involvement of a mistress- “Who knows, dear Watson, who knows?” Such is Livanov’s wistful humility, one suspects that his Sherlock might give a similar answer to the opening question.