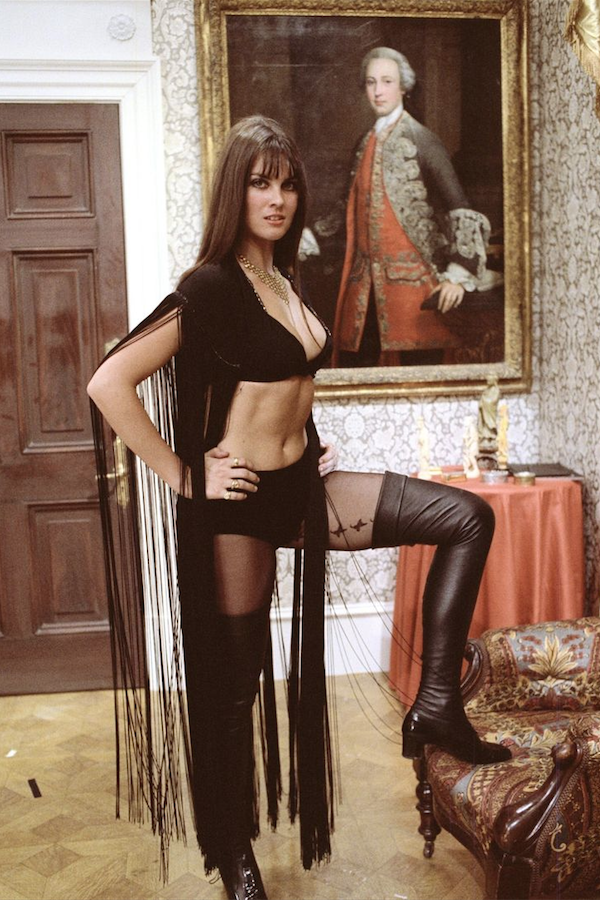 M is for Caroline Munro.

According to Caroline Munro, her career took off in 1966 when her mother and photographer friend entered some headshots of her to Britain’s The Evening News Face of the Year contest.

“I wanted to do art. Art was my love,” she said. “I went to Art School in Brighton but I was not very good at it. I just did not know what to do. I had a friend at the college who was studying photography and he needed somebody to photograph and he asked me. Unbeknownst to me, he sent the photographs to a big newspaper in London. The famous fashion photographer, David Bailey, was conducting a photo contest and my picture won.”

This led to modelling chores, her first job being for Vogue magazine at the age of 17. She moved to London to pursue top modelling jobs and became a major cover girl for fashion and TV ads while there. Decorative bit parts came her way in such films as Casino Royale (1967) and Where’s Jack? (1969). One of her many photo ads got her a screen test and a one-year contract at Paramount where she won the role of Richard Widmark’s daughter in the comedy/western A Talent for Loving (1969).

1969 proved to be a good year for Munro, because it was then that she began a lucrative 10-year relationship with Lamb’s Navy Rum. Her image was plastered all over the country, and this would eventually lead to her next big break.

1971 saw her appear alongside Vincent Price in The Abominable Dr. Phibes, playing the deceased Mrs. Victoria Regina Phibes: “The most challenging scenes involved lying in the coffin with Vincent,” she reveals. “You see, I’m allergic to feathers and I was attired in this beautiful negligee – but it was covered with feathers! It took a great deal of willpower not to sneeze or sniffle. On occasion, I would simply have to sneeze and this would result in having to do another take.”

She would reprise the role in the sequel, Dr. Phibes Rises Again in 1972. In the same year, she was referred to in Colin Blunstone’s song “Caroline Goodbye,” a song about the break-up of their relationship.

Hammer Films head man Sir James Carreras spotted Munro on a Lamb’s Navy Rum poster/billboard. He asked his right hand man, James Liggett, to find and screen test her. She was immediately signed to a one-year contract. Her first film for Hammer proved to be something of a turning point in her career. It was during the making of Dracula AD 1972 that she decided from this film onward she was a full-fledged actress. Up until then, she was always considered a model who did some acting on the side.

Munro completed her contract for Hammer with Captain Kronos – Vampire Hunter in 1974. Originally intended as part of a long-running Hammer series, this swashbuckling vampire yarn from the pen of Avengers creator Brian Clemens (who also makes his directorial debut) was good fun in a minor way. Horst Janson was a bit stolid as the eponymous hero who travelled the countryside with his hunchbacked assistant, Professor Grost (John Carson), and the sexy Caroline, who had one of her very best roles here. They come across a Countess Dracula- type (Wanda Ventham) who must suck blood in order to maintain her youthful appearance. The best sequence has our hero trying to kill his best mate (Ian Hendry) after the latter becomes infected with vampirism. The film can never quite decide whether it’s a comedy or a straight horror adventure, but it’s generally fast-paced and entertaining.

Munro has the distinction of being the only actress ever signed to a long-term contract by Hammer Films. She would later turn down the lead female roles in Hammer’s Dr. Jekyll and Sister Hyde, Frankenstein and the Monster from Hell, and the unmade Vampirella because they required nudity. She still appears in independent movies and makes appearances at film conventions. 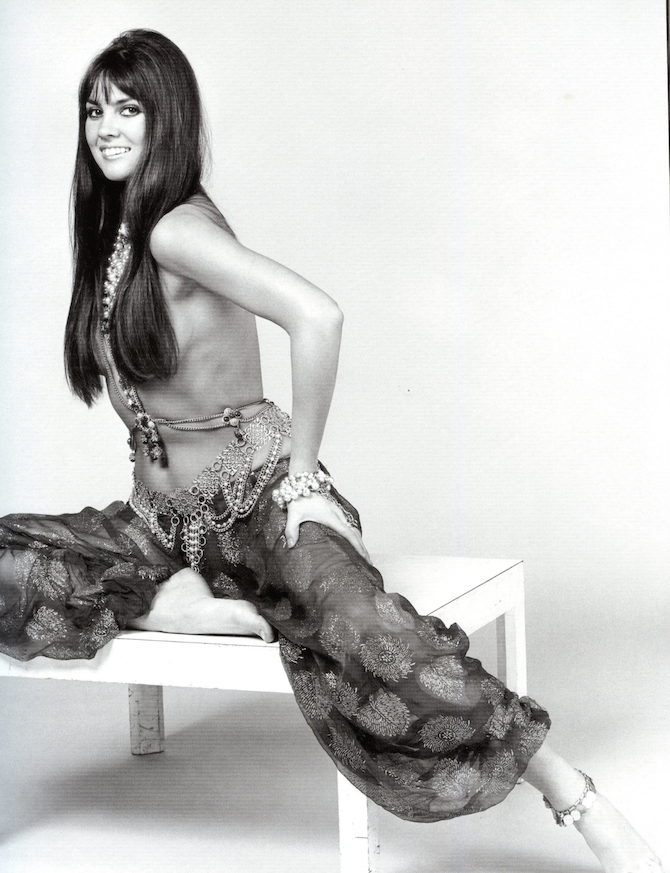