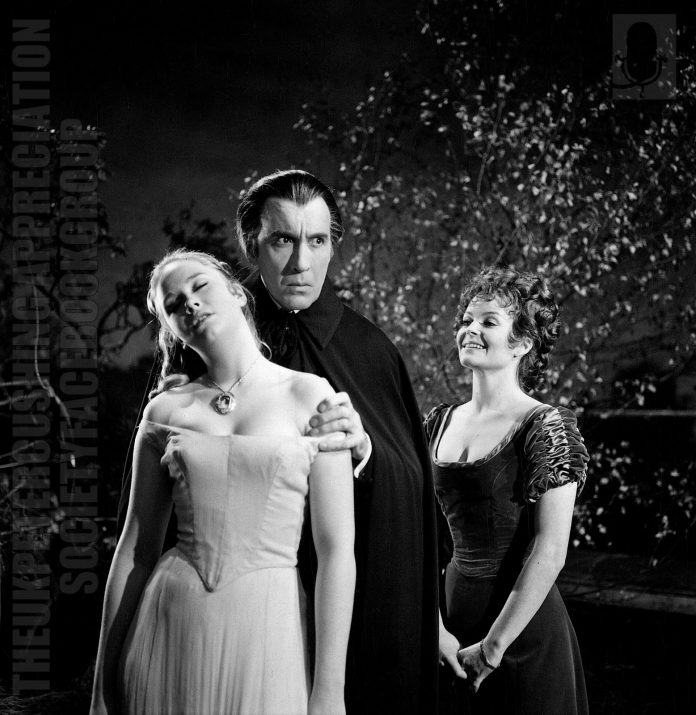 H is for Linda Hayden…

The stunning Linda Hayden was one of the sex bombs of the 60s, making quite an impact in her screen debut at the age of 15 as a Lolita-style nymphet in the X-rated Baby Love (1968). She was born Linda Mary Higginson in Stanmore, Middlesex on the 19th of January, 1953. After training at the Aida Foster Stage School she signed up for her Hammer debut in 1969’s Taste The Blood of Dracula.

This was Christopher Lee’s fourth Hammer Dracula and it was a cut above average but still left him little to do. Set in Victorian London, the plot has three outwardly respectable but inwardly dissolute Victorian gentlemen (John Carson, Geoffrey Keen, Peter Sallis) meeting up with Satanist Ralph Bates in a classy bordello. He persuades them to join him in a black magic ceremony, but when they beat him to death at the end of it they become the targets of the revived Dracula, who uses their children (including sexy young Linda) to extract a suitably bloody revenge.

Her most notable horror performance wasn’t for Hammer, however, and came the following year in the cult favourite, Blood On Satan’s Claw. This stylish effort serves up some good scares in 17th century England, where an evil influence takes over a small rural community. Linda is memorable as Angel, a seductive young blonde who swans around nude doing the devil’s work. We actually get to see Old Nick at one point, and he (she?) is depicted as a hairy creature with long, sharp claws.

She was apparently considered for the role of Betty Spencer, bumbling Frank’s wife in the sit-com Some Mothers Do ‘Ave ‘Em, but lost out to Michelle Dotrice. Never one to steer clear of gratuitous nudity, Linda’s later career saw her getting involved in the Confessions sex comedies (she was dating Robin Askwith for quite a while) and she turned up as a homicidal secretary in the notorious Video Nasty, Expose, which has just been remade by Spandau Ballet’s Martin Kemp – and yes, Linda has a tiny role in this for old time’s sake. She is currently married to theatre producer Paul Elliott. 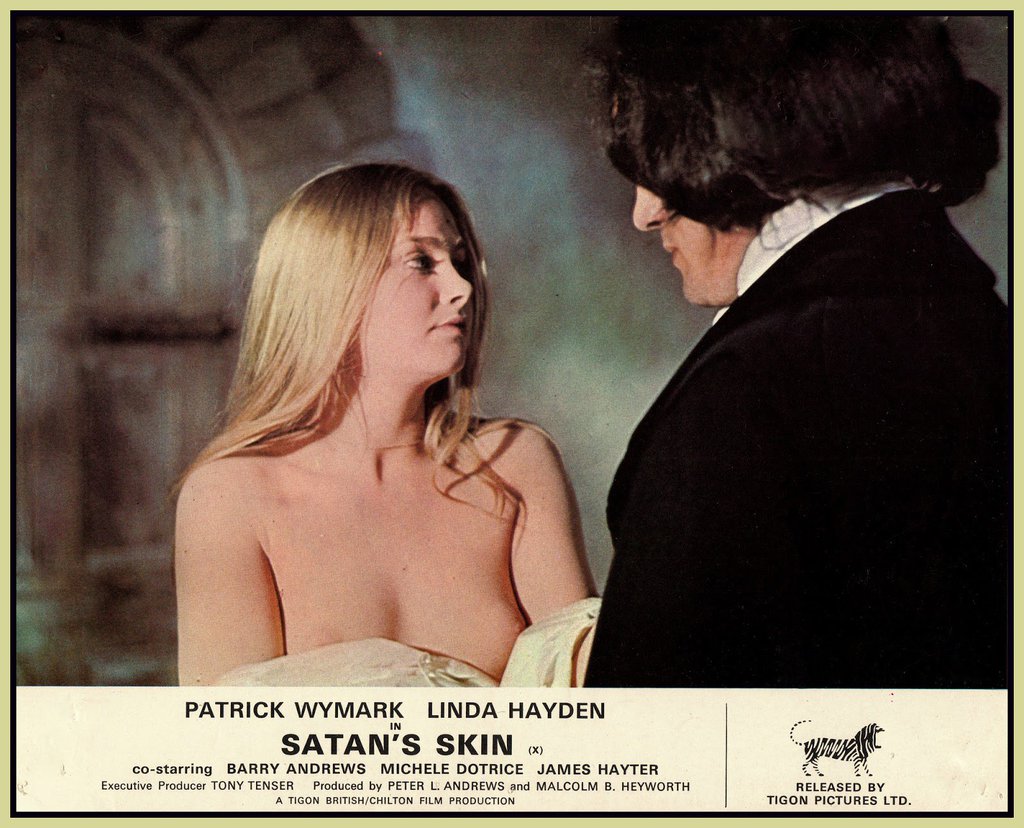 I is for Imogen Hassall…

Okay, we cheated, being as how Imogen is her first name, but we couldn’t find anyone with I for a surname, so don’t be pedantic! Imogen Hassall is sometimes referred to as “The Countess of Cleavage” as she was better known for her glamorous celebrity than her acting talent.

Imogen was born on August 25 1942, in Woking, Surrey, England and rose to prominence in the late 1960s and early 1970s as an international B-movie starlet. She was one of those girls who was rarely out of the Sunday papers due to her colourful private life, but her film roles included parts in the Norman Wisdom comedies The Early Bird (1965) and Press For Time (1966), plus the weird British horror flicks Mumsy, nanny, Sonny and Girlie (1967) and Incense For The Damned (1970).

She also appeared in Carry On Loving and made her only Hammer film, a prehistoric romp entitled When Dinosaurs Ruled The Earth. Director Val Guest (The Quatermass Xperiment) also scripted this movie, but it was hardly a long job, since the dialogue consists of only around thirty words!

A cut-price follow-up to One Million Years B.C. (1966), the film starred Victoria Vetri as a glam cave gal in a push-up bra who is earmarked for human sacrifice by her superstitious tribe, the Rock people. Leaping from a cliff into the sea, she is rescued by fisherman Robin Hawdon and his Sand folk. Later on she takes refuge in a dinosaur egg and mummy dino thinks she’s one of her brood. Hawdon falls in love with her, naturally, and a steamy sex scene or two ensues during which the Earth really does move because this is set at the time when the moon was first formed by solidifying gases from the sun. It’s all a lot of ho-hum hokum, but fun, with very decent Jim Danforth animation effects and lots of scantily clad babes. Vetri was Playboy’s 1968 Playmate of the Year under her real name of Angela Dorian. Imogen Hassall was one of the lesser cavegirls, but her appearance garnered the movie the requisite amount of publicity.

To Imogen’s own frustration, her fame was brief and she never became a star in her own right. Sadly she died at age 38, on November 16 1980, after taking an overdose of sleeping pills in her Wimbledon flat. 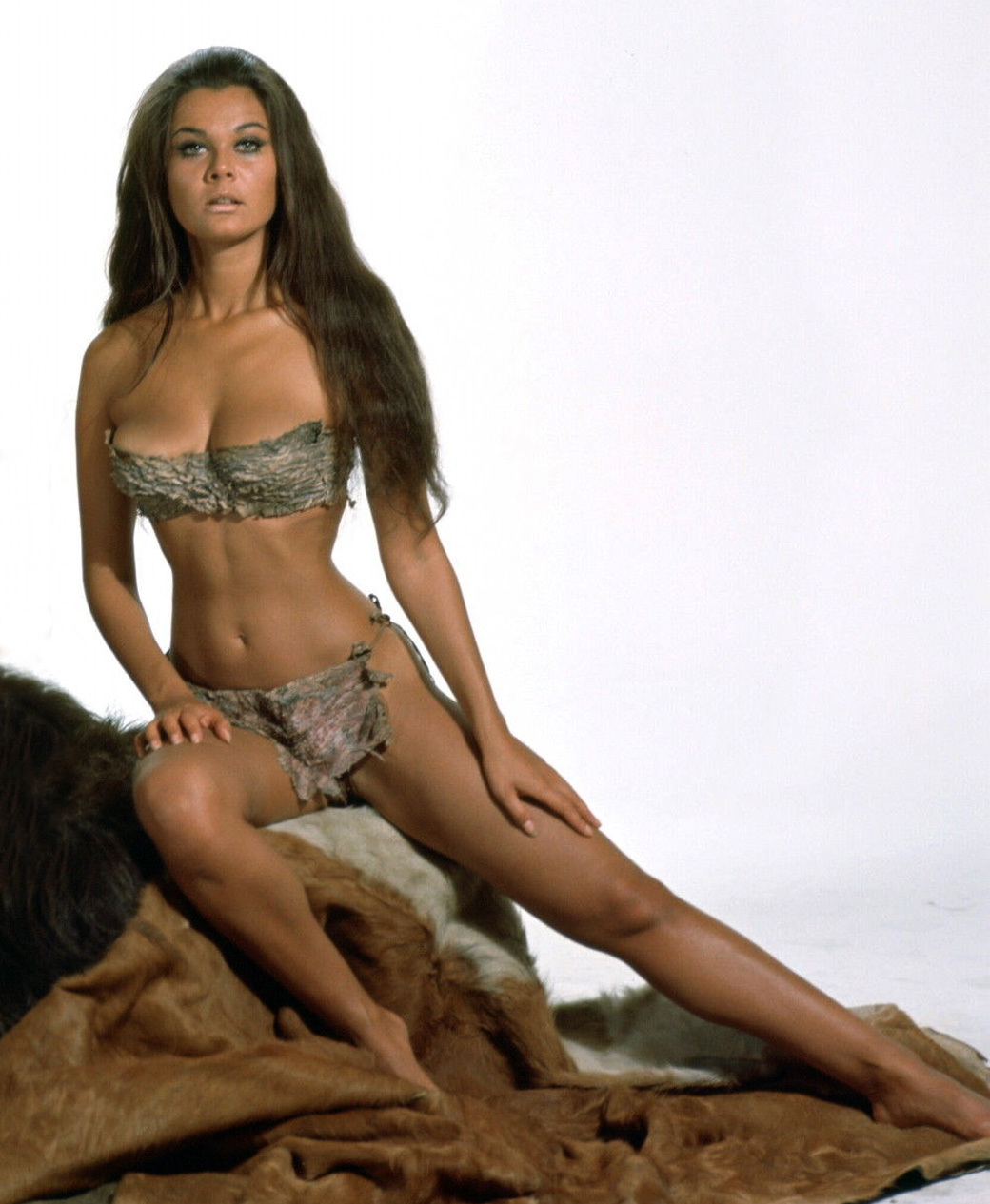