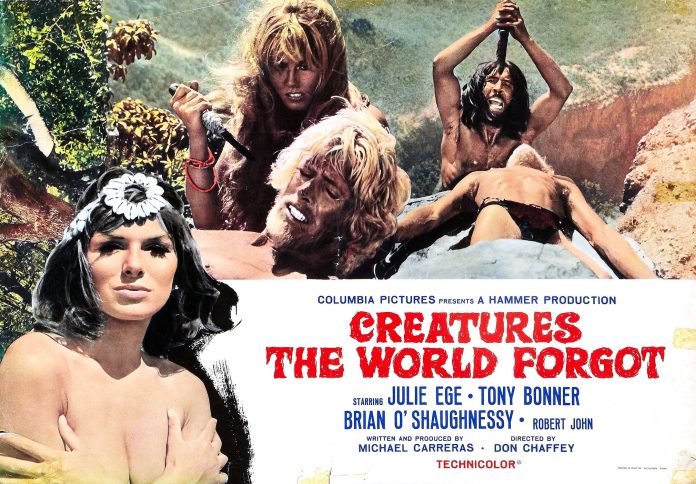 E is for Julie Ege…

Julie Ege may not have been the greatest actress in the world, but boy did she have sex appeal! She was born Julie Dzuli in Sandnes, a small town in the south-west of Norway, and started modelling at the age of 15. Three years later she was crowned Miss Norway. In 1967, after completing a degree in English and history at the University of Oslo, Julie took her first screen role in a Norwegian comedy entitled The Sky And The Ocean, a low budget drama in which she played a German masseuse. She was already married to a farmer at this point moved to England as – yup, you guessed it – an au pair, to improve her language skills. Jut two months after her arrival, she was chosen as a model in the May edition of Penthouse magazine, which led to her nabbing a part in On Her Majesty’s Secret Service (1969). She played one of 10 girls of different nationalities sharing a Hugh Hefner-type alpine retreat of cat-stroking arch villain Blofeld (Telly Savalas). The film marked Aussie actor George Lazenby’s only turn as 007 and he described Julie as: “the most sensational piece of Nordic charm I have met.”

Hammer Films were always on the lookout for a good-looking bird with big boobs and a healthy attitude towards baring all in front of an audience, so they snapped Julie up to star as a tasty cavewoman in Creatures the World Forgot (1971), giving her a fine wardrobe of revealing leather bikinis and skimpy furs. She was given the title of “new sex symbol of the seventies” and Hammer hoped that the film would do for Ege what One Million Years BC (1966) had done for Raquel Welch, turning her into a screen icon, but sadly it flopped. In a later interview she complained about being covered in mud for the role. “They made me look prehistoric all right and I was not too happy about it. So much for the old glamour treatment. The cameraman had a disliking for me and left me out of camera view in many important scenes.”

Her horror movie career also took off with a role in The Mutations (1972) and Craze (1973), plus the Hammer movie The Legend of Seven Golden Vampires (1974). Offscreen, Julie had a somewhat turbulent private life. By 1970 she had been married and divorced twice, first to a Norwegian farmer and then to an English dentist. During her eight years in England, Julie lived for most of the time with Tony Bramwell, former assistant to the Beatles and later a successful record and film music promoter.

After appearing in a couple of films on her return to Norway, and the stage version of The Rocky Horror Picture Show, she gave up acting and trained as a care worker. In 1998 she completed a three-year course to become a registered nurse, fulfilling a childhood dream. She continued to work in a hospital in Oslo, even after she was diagnosed with both breast and lung cancer.

Ege, who is survived by two daughters, never had any illusions about her acting abilities and was often amused by fans tracking her down. “To be honest, I was never really that proud of my performance in films, but I gave it my best and enjoyed the work very much,” she said. 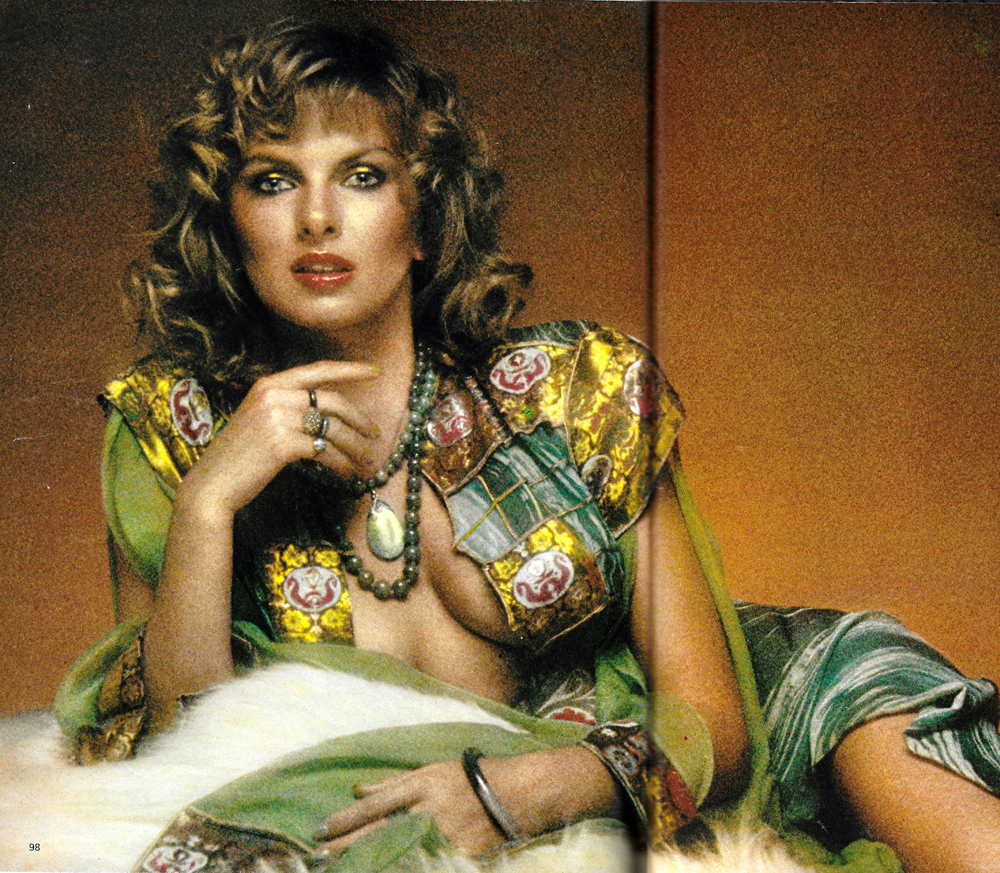 F is for Yvonne Furneaux…

Yvonne Furneaux was born Elisabeth Yvonne Scarcherd in Lille, France, on 11th May, 1928 and was educated at Oxford University. After studying at RAD she nabbed some decent film roles including the role of the feisty Jenny in The Beggar’s Opera (1953). She also made some movies in Italy, including Antonioni’s The Girlfriends (1955). When she was approached by Hammer to play a lead role opposite a bandage-wrapped Christopher Lee in The Mummy (1959), she initially dismissed the project as being too frivolous for her as a serious actress, but agreed because of the impressive cast of character performers Hammer had gathered for the film, plus of course the legendary Cushing and Lee combination.

Hammer’s colourful, stylish re-telling of the classic Mummy story benefitted from a solid screenplay by Jimmy Sangster that takes elements from Nina Wilcox Putnam’s original story and Griffin Jay’s screenplay for the later Universal programmer, The Mummy’s Tomb. Three archaeologists desecrate the tomb of an ancient Egyptian princess despite advice to the contrary from sinister local George Pastell. They are followed back to England by Pastell, who has brought along the Mummy Kharis (Christopher Lee) and later revives him with the appropriate incantation to murder the interlopers one by one. The scenes where the unstoppable creature goes after its victims are excellently staged, and the chilling confrontation between Lee and hero Peter Cushing is a highlight. Sadly the film relies on that hoary old cliché of having the monster fall for a pretty face, this time it was Cushing’s wife Yvonne Furneaux, who happened to be the spitting image of the dead Princess. Lee famously sustained a shoulder injury carrying Furneaux into a swamp at the film’s climax.

After her stint for Hammer, Yvonne went off to Italy to appear in a Fellini movie, the classic La Dolce Vita. She also notably appeared in Roman Polanski’s Repulsion, as the sister of mentally ill murderess Catherine Deneuve. But by the late 60s her career was over and she was not seen onscreen again until the 1984 comedy, Frankenstein’s Great Aunt Tillie! 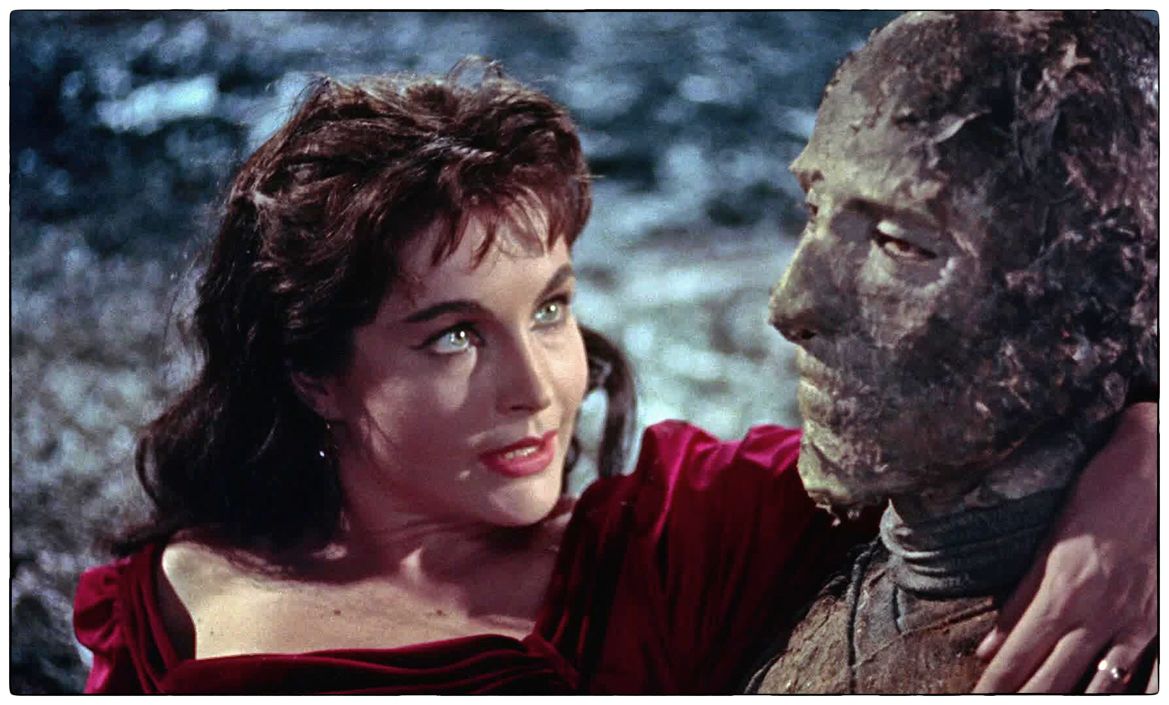 G is for Judy Geeson…

Judy Geeson was born in Arundel, Sussex on the 10th of September, 1948. Her sister is the actress Sally Geeson, famed for her long-running role as Sid James’ ditzy daughter in the long-running sit-com Bless This House. Judy’s first taste of stardom came in 1967 with To Sir With Love, playing a schoolgirl with a crush on teacher Sidney Poitier. Then she fuelled many a teenage fantasy in the hit sex comedy Here We Go Round The Mulberry Bush, soon to be released on Blu-ray by Flipside. After meeting a sticky end as a true-life murder victim in Ten Rillington Place (1971), the actress nabbed a star part in Hammer’s 1972 film, Fear In The Night. Here she played a young girl being terrorised by nightmares which eventually drive her to commit murder. Judy is the nervous wife of schoolteacher Ralph Bates, who has just taken up an appointment at a new school where Peter Cushing is the seemingly kindly headmaster. Joan Collins also figures in the plot as Cushing’s sexy wife, and you shouldn’t have too much trouble deciphering the way the plot’s going to pan out.

Offscreen the actress had a fairly turbulent love life. Her first husband, set designer Sean Kenny, tragically died of a stroke at an early age, and her marriage to actor/director Kristoffer Tabori (son of director Don Siegel) ended acrimoniously after just two years. She returned to horror in the early 1980s with Inseminoid and can be seen talking about the movie on the UK Anchor Bay DVD. Nowadays she runs a Beverly Hills antique shop and has writing ambitions. She recently made a comeback with a role in Rob Zombie’s 31. 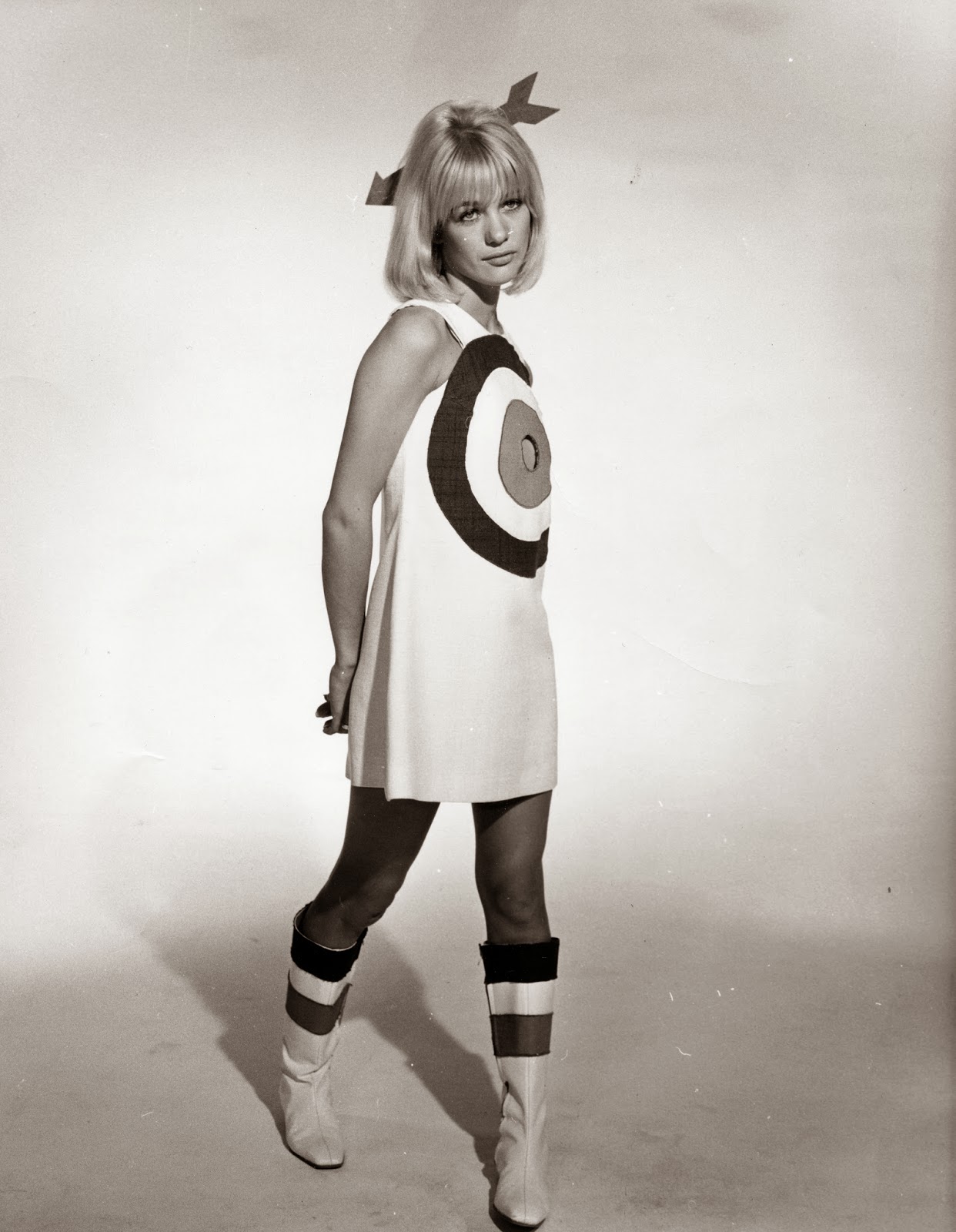