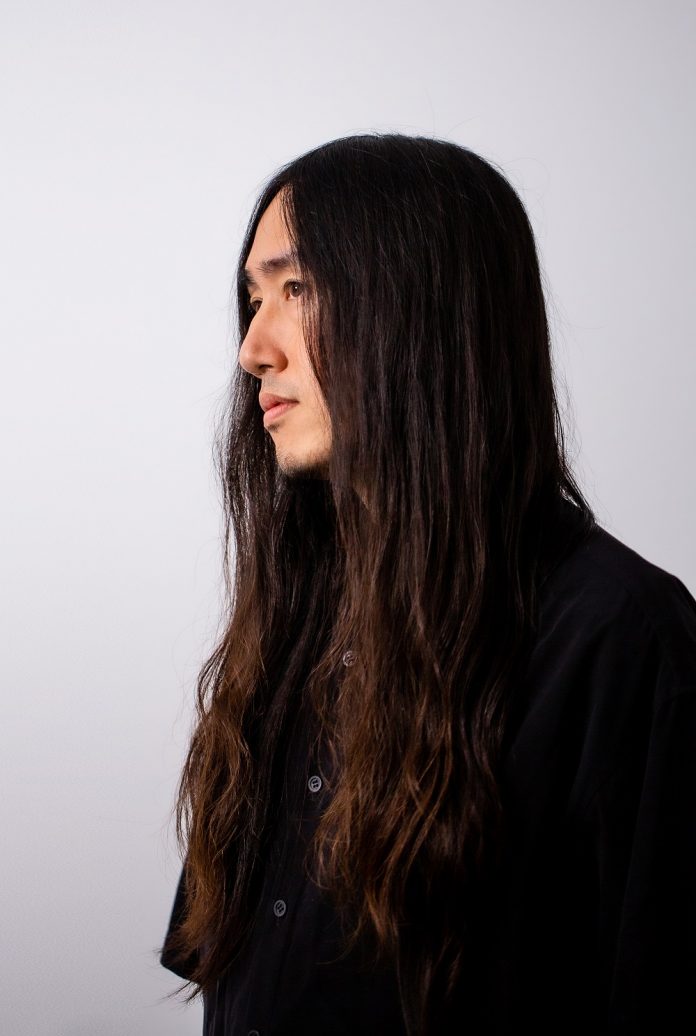 FrightFest is a great platform for rising talent and Keishi Kondo is the latest creative the FrightFest team has brought to its large audience. His superb and emotional movie, New Religion is having its World Premiere in Discover Screen 3 today, so we decided to chat to this very talented person.

KK: Originally, I always wanted to be a game designer when I was a low teenager because cinematic games like Silent Hill and Metal Gear Solid were thriving at the time, and I became obsessed with them.  RESIDENT EVIL was one of my favourites. Then I ingested the DNA of the countless genre films that Shinji Mikami, the creator of Resident Evil, had packed into that game, and when I discovered the work of horror film legends such as George A Romero, I was hooked. That was probably the first kick-start to my desire to become a filmmaker. When I entered university, I bought a Sony VX-2100 and then shot a medium-length film with my classmates. It was an action film about a zombie homeless guy and a zombie high school student killing each other. It makes me laugh when I see it now. I did not enter the film industry after graduation. I knew that the Japanese film industry had problems with working conditions and harassment those days, even now. So, I distanced myself from it. Then I moved to Tokyo and tried to make independent films or music videos with friends there. I have been working as an independent since then.  I have nothing to do with the industry. My admiration was for foreign countries rather than Japan, such as the United States where George A. Romero lived or Neil Marshall’s England. If possible, I would like to experience how the industry goes overseas.

DS: Where did the idea for New Religion come from?

KK: At the beginning, I did not have a clear theme but rather a lot of interests and intuitions juxtaposed on a notebook, just waiting for an idea or story to emerge. The core of the idea was an interest in concepts such as metaverse and immortality and their impact on the human way of life. That’s where this film came from. I am fascinated by the similarities between digital world and spiritual world. For example, heaven is a world excluded of fear, anxiety and discomfort, however, so is social networking where you can control who you want to communicate with and which icons you want to put on your timeline. You can block trolls immediately. Little by little, your timeline becomes your own personal heaven. But when you try to create a world with only those you want to be in it, the forgotten outside world will sometime appear and bring fear to society and to you. Also, this is where political or existential crises can arise. Since this was my first film, I metaphorically liked a lot of themes. I’m not able to say all the things here I was thinking during filming, but I was careful not to be too expository, and not to make it kind of techno-thrillers that deals directly with smartphones and social networking sites as motifs. It is boring when a film is a simple metaphor for reality. Today, I feel reality goes beyond our imagination or SF films.  I have to think of it more seriously.

DS: Did it take long to get the script completed?

KK: I started writing the script in 2018 and finished it in 2020, though I kept rewriting it throughout the filming period. I didn’t feel that was long. There were so many outside influences, people, locations and budget, and I enjoyed reading it changing a lot.  I think the core of the theme itself has not changed though.

DS: It’s very much about lost lives and lost souls, what was the atmosphere like on set?

KK: During the filming, I felt tense at times. Especially during the scenes where the characters were talking to each other while unfolding their grief.  For the most part, however, an atmosphere of peace prevailed during most of the filming. The main cast all got along well.

DS: Kaho Seto delivers an extremely emotional performance as Miyabi, did she audition for the role?

KK: Other characters were quickly found through auditions. But finding an actor with the right acting skills, looks, artistry, and popularity for Miyabi was very difficult. I live in Nagoya, a city in central Japan, and I looked for one in that city but could not find one. So, I finally decided to look for one in Tokyo. I did not audition. As I surfed the websites of Tokyo agencies, I found her picture. I had a gut feeling that this person was Miyabi and made an offer. She read a script and then said “Yes”.

DS: The movie has an incredible style, and the soundtrack is almost like another character, how long did it take you to get the tone you wanted for the movie?

KK: Main composer Zeze Wakamatsu lives in Tokyo and I live in Nagoya. We had to make tracks remotely which is hard to get exact sounds that the film should have. I asked her to brush up tracks again and again. It is very tough to her as well, but she did it very well. I respect her.

DS: Who designed the animations which feature during the movie?

KK: Yusuke Moriya. He makes computer graphics for advertisements and shoots music videos for hip-hop artists in Tokyo. I met him when I did a live music performance with Zeze Wakamatsu in Kyoto, Japan. We originally had a mutual friend, but we had never met before. After that, I had him VJ for New Religion’s crowdfunding launch event. I was originally trying to make the moth by myself but couldn’t. After much fumbling, I finally asked him to do it. I pitched him ideas and concepts and he animated them at an amazing speed. I thought it was amazing quality. Went beyond my expectation.

DS: Will you be nervous when the movie has its world premiere at FrightFest 2022?

KK: I guess every director feels kind of nervous this way when they show films to audience for the first time. I’m feeling that way too but also getting excited.

DS: Do you believe in ghosts?

KK: I believe in ghosts and the afterlife, but I don’t think it is the same way as depicted in paintings or books.  I think they exist in a more unexplainable form. The ghosts depicted in this film are not traditional ghosts, but rather I have tried to portray them as representations of the curses placed on society, the unknowability and ferocity of technology, and the dangerous realm of the human mind.

DS: What is the Japanese film industry like at the moment and is it difficult for new voices like yours to be heard?

KK: Although I have almost nothing to do with the Japanese film industry, it seems difficult.  Countless independent films are now being released in Tokyo. However, the funding given to new filmmakers is probably incredibly low compared to China and Korea. Many filmmakers make their films with their own money, which makes it very difficult for them to continue making feature-length films even if they do make their debut. I’m in the same situation. It seems to me that there are not many organisations that promote their films abroad.

DS: For those of us new to Japanese cinema, whose movies would you recommend to view?

KK: There are so many classic that you must watch but also, I recommend you guys dig contemporary indie-filmmakers in fantastic genre. For example: Ring Wondering / dir. Masakazu Kaneko, Videophobia/ dir. Daisuke Miyazaki, Plan 75 / dir. Chie Hayakawa, Koro no Chi / dir.Kazuya Shiraishi and Sagasu / dir. Shinzo Katayama. Of course not only them…

KK: I have been writing many scripts. One is a short film called Multiverse Of Chairs.  The protagonist is a chair. Literally, a chair. This is a story about the interaction between the chair and humans in a multidimensional world. The other two are feature films. The film involves the Cthulhu Mythos in a feud between an LGBTQ+ couple over the adoption of a child. The style would be close to New Religion. The other is a sequel to New Religion, but it will be in a completely different style.  The story is about a female vampire who lives in metaverse tries to meet her father. 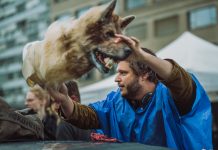 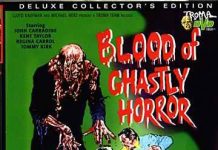 DEATH OF A SCHLOCK MERCHANT