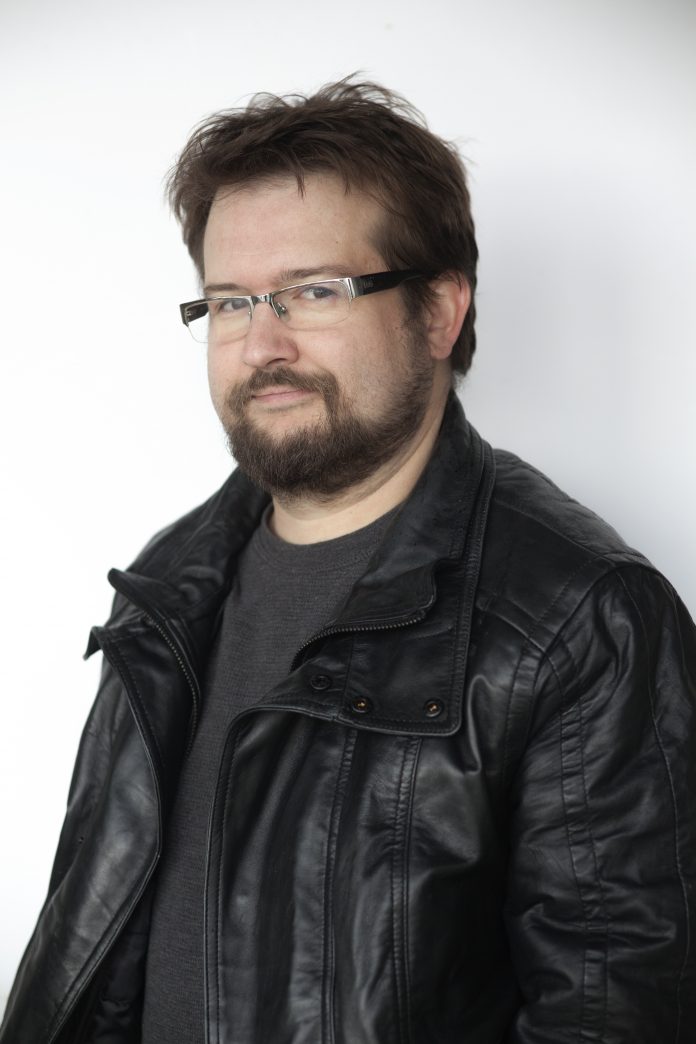 Dark Side Magazine at FrightFest 2022 – James Whittington talks to Patrick Rea, director of They Wait in the Dark

Another gem waiting for you at the Discover Screens at FrightFest 2022 is They Wait in the Dark which is having its international premiere today. Its very talented director Patrick Rea took time to talk about this and his future projects.

DS: They Wait in the Dark is very different to your last feature, I Am Lisa, was this deliberate?

PR: I think it was a little deliberate.  I had a blast making “I Am Lisa” which was shot all around Kansas City, but the film was shot in 14 days and had quite a few locations.  I wanted to make something that had fewer locations and focused more on four characters.  I had always wanted to make a haunted house movie, which lends itself wonderfully to having one main location.

DS: Where did the idea come from and why did you tackle the subject of domestic abuse?

PR: I kept thinking to myself, what would make the lead character Amy want to hide in her childhood farmhouse in rural Kansas.  My biggest problem with a lot of haunted house movies is that the lead characters usually can leave at any time, but never do.  I didn’t want Amy to have the option to leave, and it needed to be something based in reality versus what is happening on the inside of the house.  She had to be trapped in a situation where she has nowhere to go and has to face the threat of her ex-girlfriend Judith who is in pursuit, and whatever the supernatural force is inside the house.  The fact that she has her adopted son, Adrian with her on this journey also makes things more complicated.

DS: Did it take long to get the balance of real and paranormal horror elements right?

PR:  I think the juggling act was really balanced out in the script ahead of filming.  I’m an editor as well, so I was playing the movie in my head to make sure the pace was working.  I knew it had to feel like the paranormal elements couldn’t outweigh the real-life threat of someone stalking Amy and Adrian.  I also knew that because this was a low budget film with a limited schedule, that I had to make sure everything on the page was what we were shooting.  I had no time to shoot filler and decide later what could be cut.  With the exception of one small scene, everything written was shot and made it into the final cut.

DS: Did you audition many people for the role of Amy? Sarah McGuire is superb in the role.

PR:  Actually, I wrote the role specifically for Sarah McGuire.  She and I had worked together on several short films, “Fused” and “Spiritual Practice”.  She also was one of the female villains in “I Am Lisa”.  I had seen her as the lead in a KC shot feature “Below The Fold” and knew she would be perfect to carry a haunted house / domestic thriller.  I also knew that she would bring a lot of added nuances to the performance.

DS: She has a natural chemistry with Patrick McGee who plays her son, Adrian. Did they rehearse much together?

PR:  We were very lucky.  We did a couple of Zoom table reads but they were never in the same room with each other till we started filming.  They got along amazingly well and had perfect chemistry.  To be honest, I was worried that because of Patrick’s age, he wouldn’t enjoy the overnight shooting schedule.  It turned out that by 4am, we were all struggling to stay awake, and he was running circles around us with endless amounts of energy.

DS: What was the atmosphere like on set as the film is very emotional at times?

PR:  It was a very, very fun set.  Lots of joking around because we’ve all worked together for years.  I try to keep things relaxed and fun, but still productive on my shoots.   The crew always gets the work done but has a blast doing it.  The only day we were a little tense was the ‘target shooting’ day.  We were dealing with prop guns, and it was 100 degrees in the shade.

PR: Answer:  The house we utilized for the film was 15 minutes outside of Topeka, Kansas.  It was owned by a friend of mine, who I had also worked with on my 2012 feature “Nailbiter”.  She had plans to renovate the house and sell it, but we asked if we could keep it in its current shape for the 9 days we shot there.  The remainder of the film was shot in Kansas City, Missouri and Leavenworth, Kansas.

DS: Was it a long shoot and did you have much budget to play with?

PR:  The budget was very tight, and so was the schedule.  We shot the entire film in 12 days.  We maybe did a half day after that to get some aerials and B-roll shots.  Luckily the script was written with a small budget and schedule in mind.  I never felt rushed, because I knew the actors would nail it in a couple of takes.  Also, having one location, allowed us to leave gear there and lighting set-ups in place from one day to the next.

DS: There’s a supernatural twist to the story, do you believe in such things?

PR: Answer:  I definitely believe in the supernatural.  I think there are a lot of things out there that we don’t understand.  I’ve never really seen anything to make me believe 100% that there are supernatural forces around us, but my gut intuition tells me that there is.

DS: Will you be nervous when the movie plays at FrightFest 2022?

PR:  There is always anxiety around a public screening.  I will definitely be nervous, but it will be a mixture of fear and excitement.  I’m always concerned about something going wrong with the technical versus what people may think of the film itself.  At the end of the day, I’m proud of the film and want people to enjoy it, but I also want it to look great on the big screen and sound good!

PR:  I have several projects I’m working on and trying to get off the ground.  One is a sequel to “I Am Lisa” set around Christmas time.  Then I’m developing a vampire film, a supernatural murder-mystery and a supernatural slasher film titled “Spine-Tingler”.  It’s all about finding the financing at this point, which is never an easy part of the process.