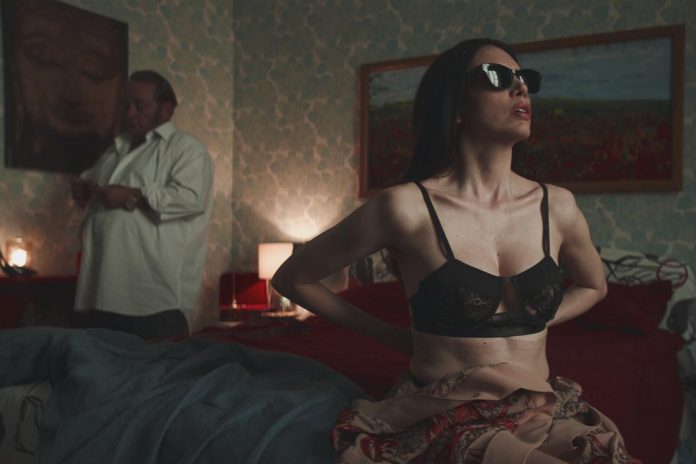 There’s something in the woods, an Italian legend and online screams – James Whittington on Day 3 of FrightFest 2022

Saturday’s at FrightFest are always bursting with energy and this year was no exception. The team had designed a diverse programme for the main screens which would highlight major new talent as well as the return of a true master of the art.

Something in the Dirt from Justin Benson and Aaron Moorhead was a smart mix of sci-fi, comedy and paranoia which homed in on people’s need to cash in on strange happenings which they don’t fully understand. By shooting at a lo-fi level, the movie, which really does highlight their very able acting skills, has a feeling of rawness and truth, and the mix of media elements only adds to the charm.

We were left alone in a forest for She Came from the Woods, a modern-day slasher with the added bonus of William Sadler starring and producing the movie. Mayhem and slaughter occur at a summer camp where counsellors “accidentally” unleash an age-old evil. OK, not the most original plot and though it had nothing new to say for the sub-genre this was a lot of fun. The young cast bounce off each other and some of the kills were memorable enough to ensure another viewing.

The buzz of the day came from Andrew Legge’s sumptuous LOLA. This intelligent time altering themed, paradoxical movie was just beautiful to watch. Shot as if recorded in the early 40s, the movie oozed class, social commentary and added a much needed shot in the arm for found footage movie. The premise is that sisters Martha and Thomasina Hanbury (played magnificently by Stefani Martini and Emma Appleton) have built a machine which can tap into future broadcasts and using this power help the war effort, and then things go terribly wrong. With a score from Neil Hannon (from The Divine Comedy) this the kind of under-the-radar movie FrightFest manages to bring to the masses. If you get the chance to see these then please do and thank me later for it is truly beautiful.

Dario Argento arrived to introduce his latest movie, Dark Glasses and received one of the warmest welcomes I can recall in the 17 years I’ve been attending FrightFest. The love from the audience was electric and a genuinely touched Argento was on top form answering questions from Alan Jones. His movie is a return to form of sorts and takes him out of his metropolitan comfort zone and into rural Italy where a blind woman is stalked by a mysterious van driver. With plenty of blood, a stunning score from Arnaud Rebotini and a real feel from his earlier work, this was a fine thriller from the master who also came with the news that any thoughts or talk of him retiring were pure fiction.

The night took a raw and uneasy turn with Candy Land, an unflinching and brutal look at truck stop sex workers who take in a woman who has been cast out by the sinister cult she was a rabid member of. Writer and director John Swab has created a world where these workers know the dangers of their jobs but bind together to form their own safe bubble. By adding an unknown into their lives, it shows their true, loving side but becomes a blood-splattered tale of lost souls and lost lives. Truly unforgettable and a movie which stays with you.

Saturday nights are traditionally for wild and crazy movies and Deadstream delivered big time. Here, Shawn Ruddy, a disgraced YouTube celebrity who will do anything to reclaim his “fame” locks himself away in a supposedly haunted house and, well, you can guess the rest. Truly hilarious with bundles of social commentary and cool effects, this cracker from Joseph Winter (who also plays Ruddy) and Vanessa Winter is smart, very well made and perfect viewing with a crowd. The only way to end a Saturday night.