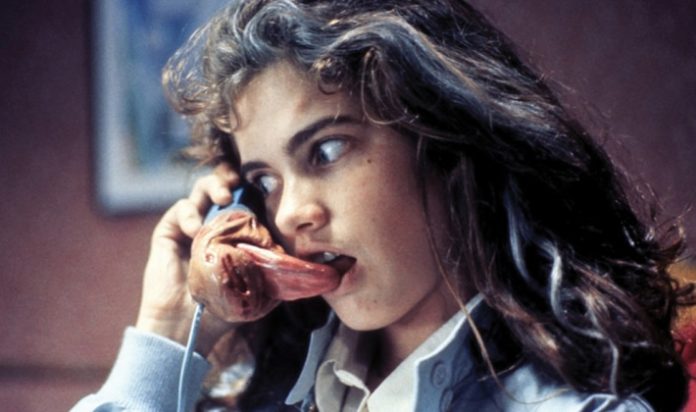 As almost every horror-hound will know, actress Heather Lagenkamp achieved genre stardom as Nancy Thompson in the original Nightmare on Elm Street (1984), the timeless terror outing in which she dated Johnny Depp, fought Freddy and, ultimately, made it to the end credits in one piece. Unfortunately, the beautiful brunette came a cropper at the hands of the razor-bladed baddie in the ace sequel A Nightmare on Elm Street 3: Dream Warriors (1987), a return to form for the franchise after the critically-savaged Freddy’s Revenge (1985). Not, of course, that this meant Lagenkamp was down and out: indeed, a return to the Elm Street mythology came with Wes Craven’s New Nightmare in 1994 – the self-referential sixth sequel to the classic dream-slasher movie. Unfortunately, unlike Jamie Lee Curtis, Lagenkamp never followed up her Elm Street success with subsequent scary movies – in fact, her best known non-Nancy roles are with the cult television series Growing Pains and Just the Ten of Us (both of which ran from 1988 until 1990) as well as the small screen biopic Tonya & Nancy: The Inside Story, in which our lady played the ill-fated ice-skater Nancy Kerrigan.