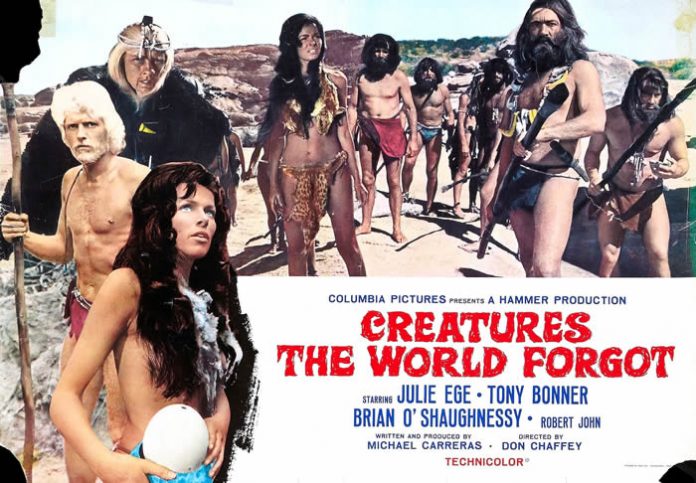 The year 2008 saw the passing of some true movie legends, notably Butch Cassidy himself, Paul Newman, and of course Heath Ledger, taken from us just as his career was hitting the stratosphere. But not much mention was made in the press when the lovely Julie Ege died on April 29th, 2008 at the age of 64. Speaking as a lad of a certain age, Julie was one of my big pin-ups back in the 1970s when she could be seen in a fetching state of undress in a variety of low budget British horror flicks and soft porn farces. Most of the latter wouldn’t even get an airing on a late night adult channel these days but they were all that was keeping the British film industry afloat back then!

Julie may not have been the greatest actress in the world, but boy did she have sex appeal! She was born Julie Dzuli in Sandnes, a small town in the south-west of Norway, and started modelling at the age of 15. Three years later she was crowned Miss Norway. In 1967, after completing a degree in English and history at the University of Oslo, Julie took her first screen role in a Norwegian comedy entitled The Sky And The Ocean, a low budget drama in which she played a German masseuse. She was already married to a farmer at this point moved to England as – yup, you guessed it – an au pair, to improve her language skills. Jut two months after her arrival, she was chosen as a model in the May edition of Penthouse magazine, which led to her nabbing a part in On Her Majesty’s Secret Service (1969). She played one of 10 girls of different nationalities sharing a Hugh Hefner-type alpine retreat of cat-stroking arch villain Blofeld (Telly Savalas). The film marked Aussie actor George Lazenby’s only turn as 007 and he described Julie as: “the most sensational piece of Nordic charm I have met.”

Julie’s first leading role came as Inge Giltenburg, a sexy Swedish au pair employed by bug-eyed comedian Marty Feldman in Every Home Should Have One (1970). At least she could call upon personal experience for the part, but the brief glimpses of Ege’s lovely body were the high points of an otherwise painfully unfunny production. However, it was this movie that really catapulted her to stardom in Britain. “Once the film opened all the newspapers carried a photo of me with the captions ‘Every home should have one’,” she told one interviewer. ”I was famous overnight.”

This was followed by Up Pompeii (1971), the film version of Frankie Howerd’s popular BBC TV series. “Titter ye not, Mrs,” but we’re pretty sure Frankie was immune to the charms of the gorgeous Ege, playing a character named Voluptua. She played her part here perfectly straight, seemingly blissfully unaware of Howerd’s dire double entendres. She was also very happy to get her togs off onscreen, the epitome of every hot-blooded male’s au pair fantasies!

Hammer Films were always on the lookout for a good-looking bird with big boobs and a healthy attitude towards baring all in front of an audience, so they snapped Julie up to star as a tasty cavewoman in Creatures the World Forgot (1971), giving her a fine wardrobe of revealing leather bikinis and skimpy furs. She was given the title of “new sex symbol of the seventies” and Hammer hoped that the film would do for Ege what One Million Years BC (1966) had done for Raquel Welch, turning her into a screen icon, but sadly it flopped. In a later interview she complained about being covered in mud for the role. “They made me look prehistoric all right and I was not too happy about it. So much for the old glamour treatment. The cameraman had a disliking for me and left me out of camera view in many important scenes.”

But her fame at the time was still sufficient to get her cast as one of the celebrities playing themselves in The Alf Garnett Saga (1972), along with George Best and Max Bygraves. She was the girl of Alf’s dreams! “I ran from one film to the other without even knowing what the whole film was about,” she later said. One of these was Go For A Take (1972), a dire comedy set in a film studio and designed to capitalise on the TV stardom of comedian Reg Varney – best known as Stan Butler in On The Buses. Varney played a fugitive from the mob who hides out in a film studio. Julie was a film diva making a vampire movie with Dennis Price. Next up she was cast as Donald Sinden’s frustrated wife in the spy spoof Rentadick (1972), in which a nerve gas paralyses victims from the waist down. One look at Julie’s stunning figure soon restored the circulation!

Her horror movie career also took off with a role in The Mutations (1972). In this cult favourite mad botanist Donald Pleasence attempted to develop a cross between a plant and a human being, and ended up being chased round his lab by a monster venus fly trap. The ever-lovable Pleasence experiments on students from the college where he teaches, who are procured for him by the hideously disfigured Tom Baker, seen wearing his trademark Doctor Who hat and scarf (though his distinctive voice is muffled by an unconvincing fright mask). The victims of dotty Don’s failed experiments go to make the numbers up in a local circus freak show, hence the US title of The Freakmaker. Though there are some fun moments, and it’s always a pleasure to see Julie get her kit off, this is generally a routine effort with dull performances from its overage “teen” cast. The film is at its most effective when exhibiting real-life freaks such as a lizard lady, a frog boy, and the unforgettable “Popeye,” who can literally pop his eyes right out of their sockets!

The Last Days of Man On Earth aka The Final Programme (1973) was an abortive attempt to bring Michael Moorcock’s oddball sci-fi story to the screen. This confused, Avengers-style movie starred Jon Finch as Jerry Cornelius, a Bond-type hero who has a number of cartoonish adventures in a future world that now seems very 70s. In the end Finch is joined with Jenny Runacre to create a new messiah who looks like an ape. The same director also did a lot of Avengers episodes and the two Dr Phibes movies, but he really misfired here. It should have been a cult movie, but instead it was just a bad one, with Julie on board as eye candy.

Craze (1973) was one of those movies that’s so bad it’s good. This British-made shocker featured a completely off-the-wall performance by future Oscar winner Jack Palance as a London antiques dealer who prays to the African idol of Chuku, which he keeps in the cellar of his shop. He discovers that sacrificing young girls to the idol brings him vast wealth, but it also attracts the attention of a gung-ho Scotland Yard inspector (Michael Jayston), who doesn’t have to be Sherlock Holmes to figure out that the rolling-eyed Palance is hiding a sinister secret. It’s great fun in a trashy, stupid way, with a fair amount of nudity – some from Julie – and many bloody scenes. The actress later recalled that Jack Palance tried to chat her up, but she turned him down, noting, “Jack was as sinister in real life as he was in the film!”

In The Legend of Seven Golden Vampires (1974), Hammer joined forces with Chinese film moguls the Shaw Brothers to produce an odd combination of Dracula and kung-fu flick. Peter Cushing’s Van Helsing packed up his stakes and headed off to China to tackle a plague of seven slant-eyed vampires living (if that’s the right word) in a cemetery. Joining forces with martial arts expert David Chang, whose father was killed by the vampires, Cushing and his sexy assistant Julie looked on in bewilderment as lots of kung-foolery went on around them. Any film that has a bearded Dracula saying “I want your mortal coil” to one of his intended victims isn’t going to win any awards for scripting, and this was actually a pretty dismal effort all round. It wasn’t exciting enough to appeal to martial arts fans nor scary enough for horror fans. Julie did look hot though – and eventually go vampirised and despatched by having a stake driven through her heart.

She was a gangster’s wife who got involved with married Leslie Phillips in Not Now Darling (1973), a film that featured her in a great bathtime nude scene! Then she paraded her ample charms in Percy’s Progress (1975), the sequel to Percy, the movie about the world’s first penis transplant. She later said she loved appearing in this one opposite the great horror icon Vincent Price: “One can always feel the presence of a great actor and he always took his role very seriously even if the film was absurd.”

Ege’s final English film was The Amorous Milkman (1975). Derren Nesbitt starred in this one as the cheeky title character, serving bored housewives with more than their daily pintas. The film’s poster showed a satisfied cat licking its lips, alongside the saucy advertising tag: “If your pussy could only talk.” Julie played a mobster’s girlfriend who the poor milkman gets romantically involved with – and gets nearly beaten to death for his pains! “I personally detest the film due to its tacky finished look,” she said.

Offscreen, Julie had a somewhat turbulent private life. By 1970 she had been married and divorced twice, first to a Norwegian farmer and then to an English dentist. During her eight years in England, Julie lived for most of the time with Tony Bramwell, former assistant to the Beatles and later a successful record and film music promoter.

After appearing in a couple of films on her return to Norway, and the stage version of The Rocky Horror Picture Show, she gave up acting and trained as a care worker. In 1998 she completed a three-year course to become a registered nurse, fulfilling a childhood dream. She continued to work in a hospital in Oslo, even after she was diagnosed with both breast and lung cancer.

Ege, who is survived by two daughters, never had any illusions about her acting abilities and was often amused by fans tracking her down. “To be honest, I was never really that proud of my performance in films, but I gave it my best and enjoyed the work very much,” she said.