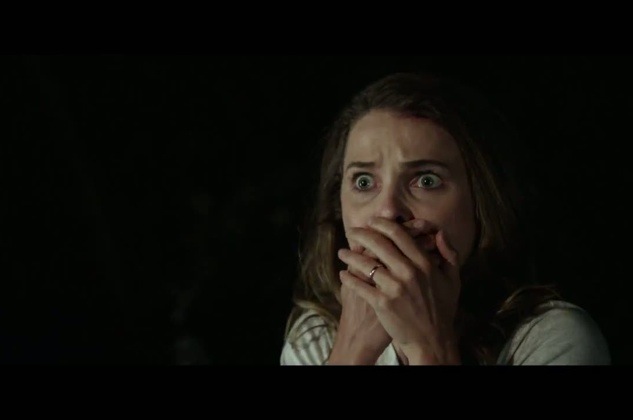 Jason Blum is not exactly a household name, but his production company Blumhouse Productions has been responsible for some of the better scare-fests of recent years including Insidious and Sinister,  in themselves about to become franchises. Dark Skies is their most recent low budget shocker.

Here, two LA suburbanites live with their two sons, one a young teenager who hangs out with an older  friend who’s clearly a bad influence, and the youngest who is troubled by dreams of visitations . The family’s domesticity is disturbed by a series of ever worrying events, finding them to be a target of extraterrestrial interest. But suspicion falls on the parents as the real villains when their friends and neighbours notice the boys exhibiting marks of physical harm.

This has the making of a great little film about paranoia. It starts well as minor incidents ratchet up the tension to a crescendo.  Unfortunately we’ve seen much of this before, whether it be a child’s drawings hinting at what’s happened or the kitchen fridge being mysteriously pillaged. There’s even the ubiquitous search for answers on Google. It owes a lot to the Paranormal Activity films as well as others too numerous to mention. That said there are some excellent and effectively creepy set pieces which work well and set the tone of a film which thankfully doesn’t rely too heavily on CGI for its shocks and scares. The cast serve the material well but it’s JK Simmons as an expert on extra terrestrials who excels in a low key measured performance a long way from his explosive turns as Spiderman’s Newspaper Editor J. Jonah Jameson.

While somewhat restrained compared to others in the genre, this is sure to turn a profit and possibly even start  yet another fearsome franchise.