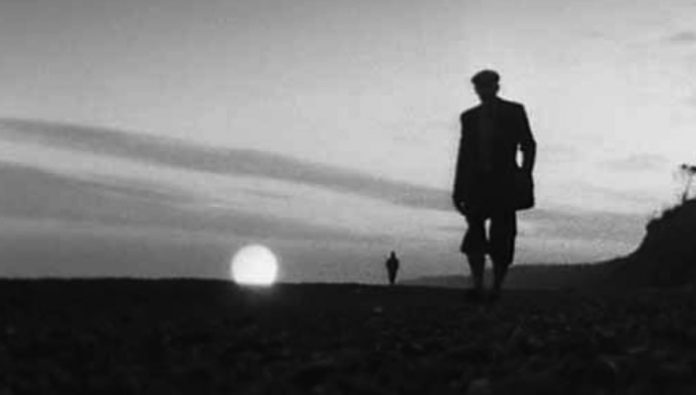 Well our Hammer issue is now in the shops, and judging by the early sales from W.H. Smiths it looks like it could be our biggest seller to date, which is mainly thanks to Denis Meikle’s superb writing. I’m already speaking with Denis about doing an Amicus special sometime soon because I notice that quite a few Amicus films are being re-released on DVD. I just got four old Amicus titles from Canal Plus: Warlords of Atlantis, The Land That Time Forgot and At The Earth’s Core, plus They Came From Beyond Space, one of the more obscure of their movies getting an official release for the first ever time – and in a really nice transfer too.

By the way, did I mention that Denis has his own site at www.hemlockbooks.co.uk? Check them out because they have “all your favourite filmbooks in one haunted place,” including The Dark Side of course. Look out for reviews of two great new Hemlock books, X-Cert and Retro Screams, in our very next issue.

But back to 148, and I nearly had a heart attack when I opened the first box of the Hammer issue after copies landed on our doorstep – because the copies had been printed wrongly and certain pages had been duplicated. This was a mistake by the printer but fortunately it only affected a small number of copies so the panic didn’t last long. It does, however, mean that we have slightly less copies to send out as back issues so if you’re a regular buyer please make sure you pick a copy up from the shops. Our friends at www.movietyme.com have just started supplying us with review copies of some choice American titles, kicking off with The Space Children, The Colossus of New York and two William Castle titles, Project X and The Spirit Is Willing, all on Blu-ray from Olive Films. Muchos gracias to Janine and Craig for this. We will of course be recommending you buy them from www.movietyme.com after you read our reviews in the next ish – or maybe even before that! Equally good news is that we hear the BFI will make all twelve of the classic BBC films from A Ghost Story for Christmas series available on DVD this year, with the first two volumes – each containing a double bill of chilling tales – released on 20 August.

As a Christmas treat during the 1970s, the BBC screened adaptations of the classic ghost stories of MR James, the Cambridge academic and author of some of the most spine-tingling tales in the English language. Most of the instalments, which were broadcast to terrified viewers in the dead of winter, were directed by Lawrence Gordon Clark, who has been interviewed for new introductions on these BFI releases.

The first release features Jonathan Miller’s Whistle and I’ll Come to You (1968), with Sir Michael Hordern, paired with the 2010 adaptation of the same chilling tale, starring John Hurt and directed by Andy de Emmony. Released alongside it is a pairing of The Stalls of Barchester (1971), starring Robert Hardy and receiving its DVD premiere, and A Warning to the Curious (1972), with Peter Vaughan, both directed by Lawrence Gordon Clark. Each set comes with numerous special features and illustrated booklets. One of these is Ghost Stories for Christmas with Christopher Lee – The Stalls of Barchester by MR James, in which Lee recreates MR James’ famous soirees, at which the antiquary would read his tales of the supernatural to eager undergraduates. With only three of the twelve tales previously released on DVD (by the BFI in 2002, and long since deleted), the films in this brilliant series have been high on many film and TV fans’ ‘most wanted’ DVD lists. With a subtlety and style all of their own, they have been a major influence on recent British horror films, such as The Woman in Black.

The release of the first two Ghost Stories volumes is timed to mark the 150th anniversary of MR James’ birth on 1 August 1862.

Two more volumes, the first containing Lost Hearts, The Treasure of Abbot Thomas and The Ash Tree, and the second containing The Signalman (Andrew Davies’ adaptation of the Charles Dickens story) Stigma (written by Clive Exton) and The Ice House (written by John Bowen), will follow in September, while the fifth and final volume, containing the more recent instalments View from a Hill and Number 13

Just got a press release from Greg Day at FrightFest with info about the titles they are showing this year over the late August bank holiday. This year sees a record 48 films including 15 world premieres, so the event continues to go from strength to strength. Films showing include Sinister, starring Ethan Hawke, the Sam Raimi produced The Possession and Jennifer Chambers Lynch’s Chained, which Alan Jones tells me is his favourite movie of the fest. Gore fans will love the Maniac remake even without Joe Spinell and Caroline Munro, and on the ultra-low-budget front there’s quite a buzz about American Mary, a VHS anthology.

The fest runs from From Thursday 23rd August to Monday 27th August at the Empire Cinema in London’s Leicester Square. Empire 1 will house the main event while the Discovery and the newly-created Re-Discovery strand will play in Empires 4 & 5.

The Brits may be crap at footie and tennis but we know how to make great genre movies and there are some brilliant ones on offer here. We already ran a feature on Paul Hyett’s The Seasoning House and the word on this one is very favourable, as it is with Tower Block, directed by James Nunn and Ronnie Thompson and written by Severance’s James Moran. Also showcased are Peter Strickland’s Italian horror deconstruction Berberian Sound Studio, Jon Wright’s Tremors-like creature feature Grabbers, the living dead romp Cockneys Vs. Zombies (how did Jonathan Sothcott miss this one?). Then there’s the human experiment warning Guinea Pigs, the killer clown comedy Stitches, the cannibal serial killer chiller Sawney, the psycho cop thriller May I Kill U?, the gory allegory Before Dawn, the fear of The Inside and the frightening Community.

This year the festival is giving a prominent focus to the past, present and future of the Italian genre scene with Federico Zampaglione’s much anticipated neo-giallo Tulpa and the Manetti Bros Paura 3D, which will be featured in issue 149 of The Dark Side on sale at the Fest thanks to our Cinema Store friends. Plus Total Film magazine’s guest Icon this year is the Italian Master of Horror himself, Dario Argento and there’s a screening of the documentary Eurocrime!, which celebrates the ‘poliziotteschi’ movies that ruled Italian 70s cinema.

From Spain come two of the country’s brightest talents with their recent blockbuster hits: Paco Plaza’s [Rec]3 Genesis and Jaume Balaguero’s thriller Sleep Tight. Also in the Spanish language is Hidden In The Woods, a Chilean chiller. Other International highlights include the Dutch Kill Zombie!, the Japanese Dead Sushi and Germany’s Errors of the Human Body and We Are The Night.

Currently under the radar but bound to get people buzzing are Steven C Miller’s Under The Bed, Ryan Smith’s After, The Butcher Brothers’ The Thompsons, Peter Engert’s Remnants, Stig Svendsen’s Elevator and Buddy Giovinazzo’s return to the genre, A Night of Nightmares.

Then there’s T2/The Abyss star Michael Biehn’s directorial debut The Victim, the gore documentary Nightmare Factory focusing on the work of make-up genius Greg Nicotero, the Nazi zombie romp Outpost II: The Black Sun, the latest in the mutant smash series Wrong Turn 4 and the ever popular International Short Film Showcase (line-up to be announced soon) and Andy Nyman’s Quiz From Hell, presented by Emily Booth and The Horror Channel. And showing for the first time in the UK will be the most-wanted retrospective of the decade, Clive Barker’s Nightbreed: The Cabal Cut.

Hammer fans are in for a treat at this year’s Frightfest too, because the Empire’s Re-Discovery Screen will be showing fully restored versions of three favourites from the studio: The Devil Rides Out, Rasputin The Mad Monk and The Mummy’s Shroud. James Whale’s 1935 The Bride of Frankenstein will also be screened, and if you missed Alex Chandon’s great new movie Inbred last year then you will get a chance to see it again here – the film is at last getting a release through Anchor Bay. The Manetti Bros.’ The Arrival of Wang and Paul China’s Crawl are also scheduled for screenings.

As for the guest list, well if you’re a FrighFest regular you’ll know that the screenings are usually packed with celebs anyway, such as Jonathan Ross and his wife, Woman In Black screenwriter Jane Goldman (who is interviewed in the next DS). If you want Festival & day passes, these go on sale from 30 June. Tickets for Individual films are on sale from 28th July. Bookings can be made on: 08 714 714 714 or www.empirecinemas.co.uk.