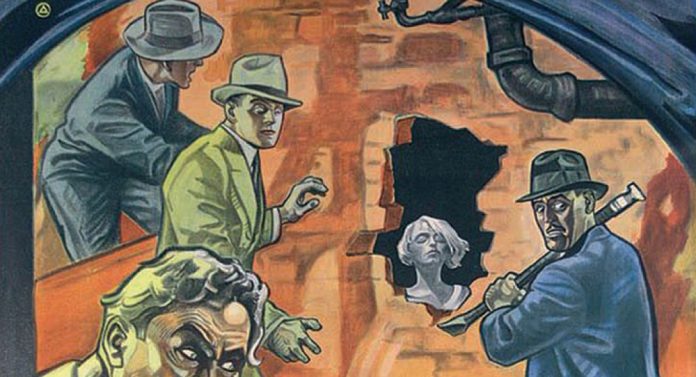 In the early days of silent movies, the ‘two-reeler’ – a short film running around 20 minutes or so – quickly became the format of choice for slapstick comedians in the Max Sennett and Hal Roach stables, like WC Fields or Laurel and Hardy. It wasn’t long before enterprising producers woke up to the efficacy of joining together several two-reelers to make a feature film on the cheap, in the same way that an ‘anthology’ of short stories suddenly became a book.

One of the first writers to anthologise his own work was Bostonian master of the macabre Edgar Allan Poe, whose Tales of the Grotesque and Arabesque was published in 1840 (and revised in 1908 as Tales of Mystery and Imagination), so it was fitting that a story of Poe’s should be included in the cinema’s earliest horror anthology, Unheimliche Geschichten or Five Sinister Tales (1919).