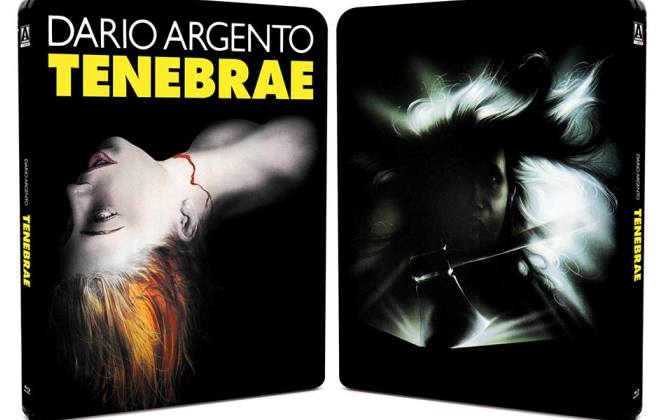 Official Synopsis
A notorious horror classic returns in all its depraved glory. This infamous video nasty updated the classic Giallo blueprint for the gorified 80s, courting controversy and drenching the viewer in crimson arterial spray. A razor-wielding psycho is stalking the horror writer Peter Neal, in Rome to promote his latest work, Tenebrae. But the author isn’t the obsessive killer’s only target, the beautiful women who surround him are doomed as one by one, they fall victim to the murderer’s slashing blade… Will fiction and reality blur as fear and madness take hold? Watch in terror as by turns the cast fall victim to the sadistic imagination of Dario Argento, Italy’s master of horror. 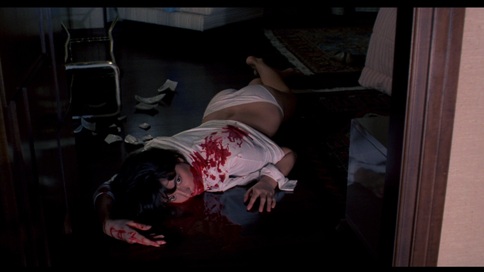 Review
Tenebrae came as a bit of surprise to viewers at the time, who were expecting the third part of the Three Mothers Trilogy after the Maestro’s previous outing, the New York nightmare that was Inferno. While still providing shocks reminiscent of Suspiria’s (though without the visual vocabulary of that film), it is far more of a restatement of pure giallo principles for the 1980s. The plotting is simplicity itself, nothing more than a framework built for the suspense and gore sequences to be hung from, like an artist’s canvases around a gallery. And make no mistake, that’s very much what this is, a gallery of suspenseful kill sequences as only Argento can design and film them.

Those yet to be entranced by the work of the Italian director definitely should not start here. Logic and tightly closed plots are not the mark of his work despite the origins of giallo films in crime fiction, nor the kind of acting praised as great by those who believe in naturalism and The Method above all other types. That said, the acting in Tenebrae is some of the best in any Argento film, which is no surprise with performers of the likes of John Saxon, John Steiner, Giuliano Gemma, Dario Nicolodi, and Anthony Franciosa. 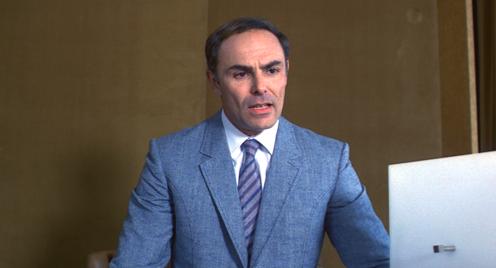 No, one comes for the hallucinatory sensory experience, built out of colourful visuals, stylish performers in equally stylish settings, and dreamlike editing and pacing. These are not films for those who demand some sort of grounded realism in their genre films, and that is their strength, and why, after all these years of the depressing twin trends of blockbuster cinema and indie realism, viewing a film like Tenebrae is even more bizarre and unsettling. You may remember nothing of films you saw this last year in the cinema, but pieces of Argento’s films will haunt you for years afterwards, and this one is no exception.

Video & Audio
An utterly pristine transfer via France’s Wild Side Films that is simply stunning. Those who lived in Southern Europe at the time will remember the sunny outdoors looking as rendered here. The audio is as it should be, pure and forceful, with the Goblin-esque music by Simonetti-Morante-Pignatelli makes the impact it should. This video remaster is the real reason to invest in this new edition from Arrow, and is worth every penny. 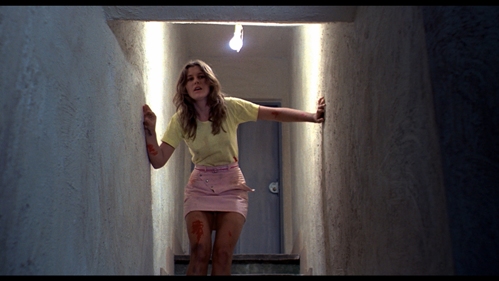 Extras
It’s getting so that reviewing the extras on an Arrow disc not only takes much, much longer than the film, but the experience of doing so is so richly rewarding that mere words cannot always express what you, the individual view will walk away from it with.  Suffice it to say, there’s practically everything to learn and nothing missed out in this release, although owners of the previous edition will possess all of this:

• The Unsane World of Tenebrae: An interview with director Dario Argento

• A Composition for Carnage: Composer Claudio Simonetti on Tenebrae

• Goblin: Tenebrae and Phenomena Live from the Glasgow Arches

So much to enjoy for the devoted fan, and lots in the way of contextualisation of the film and its making to make newcomers devotees. There really isn’t much more you could want from this edition.

Conclusion
The absolute best way to see this film today if you have not seen it before, Arrow once more have done justice to the Maestro’s legacy. It is not the place to start with Argento’s oeuvre, but for those who have already dipped a toe in the waters and found the temperature to their liking, dive in.