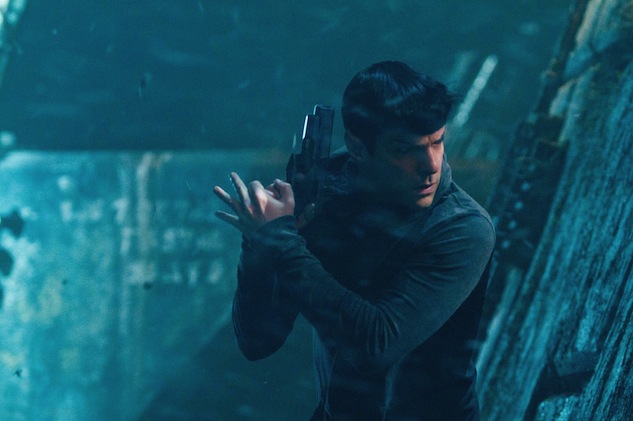 There’s a story that a young lad who went by the name of Scott ‘Scotty’ Mc Scott, apparently of Scottish lineage, went to a rough school. So rough that when the Physics teacher asked his class what they understood about gravity they threw him off the roof. Young Scott had remonstrated with them that the teacher would plummet despite his school mates denial of this simple fact he told them, ‘You cannot break the laws of physics!’ In an effort to confirm this  the class threw him off the roof too. Luckily his fall was broken by the dishevelled mass of the teacher who had gone before him. One of the boys, James , shouted down to him enquiring as to whether the teacher was OK. To which Scott shouted back, ‘It’s worse than that, he’s dead Jim!’  Years later after this clearly contrived anecdote we have the latest Star Trek film featuring few if any of the show catchphrases and that’s illogical capt….(Stop it or you’re fired! Ed).

JJ Abrams was approached to do the reboot Star Trek in 2009 accepting it only if he had carte blanche. The studio told him, ‘Make it so!’ ( You’re fired – Ed) . With its huge success we now have the inevitable sequel and this is arguably even better. Starting with an exhilarating opening sequence with Spock in jeopardy the pace never lets up as Kirk goes on a manhunt which, if he fails, will wipe out the Federation.  At the heart of the story is the relationship between the headstrong but brilliantly intuitive Kirk and the ever logical straight laced Spock brilliantly played by Zachary Quinto who delivers many of the film’s most humorous moments. As ever English Actors have been  hired to beef up the films acting chops and here its Benedict Cumberbatch who takes on the villainous mantle with consummate ease in his first big screen role and there is something of the Alan Rickman about his performance which is never a bad thing.  All the old characters are here but perhaps most jarring is the cut glass accented Dr Carol Marcus played by Alive Eve who’s the daughter of the gruff all American Admiral Marcus (Peter Weller).  Simon Pegg returns as Scotty though the plot of the story means he spends too much time away from the rest of the cast and here he’s saddled with his own Jar Jar Binks sidekick who mercifully has nothing to say but rather just hangs around the set looking like a satanic walnut.

As ever JJ Abrams has put together a rattling good 2 hours which caters for non Trekkies as well as a major back reference for the fanatical replica costume wearer to drool over. The set pieces are excellent though a little let down by any dialogue being drowned out by the on screen mayhem and all complemented by superb production design and a Starship Enterprise which in 3D doesn’t look like a mass of pixels conjured up on a home computer  but rather a convincingly weighty starship weighing thousands of tonnes.

Though it’s not exactly ground breaking and doesn’t go where no man has been before this is a solid,well crafted and highly enjoyable romp even for those who aren’t inclined to sit in the cinema wearing plastic pointy ears and clutching the captains log. 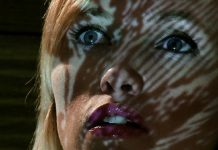