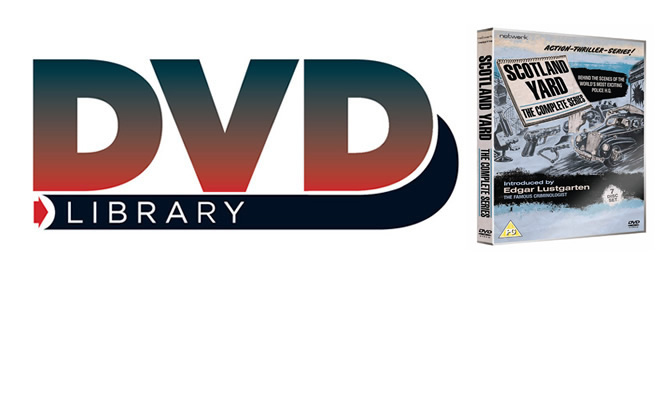 Following hot on the heels of Network’s awesome Edgar Wallace Mysteries comes this equally treasurable selection of cosy crime dramas from the 50s and 60s.

Shot like the Wallace shows as cinema support features at the tiny Merton Park Studios in South Wimbledon, these documentary-style action thrillers are based on real-life cases from the vaults of London’s Metropolitan Police headquarters. The shows generally open with an overenthusiastic American narration:

“London – greatest city in the world, and home of the oldest democracy. A city whose worldwide reputation for honesty and integrity is firmly based on a thousand years of the rule of law, enforced and safeguarded by a police force, whose headquarters is as well known as London itself – Scotland Yard!”