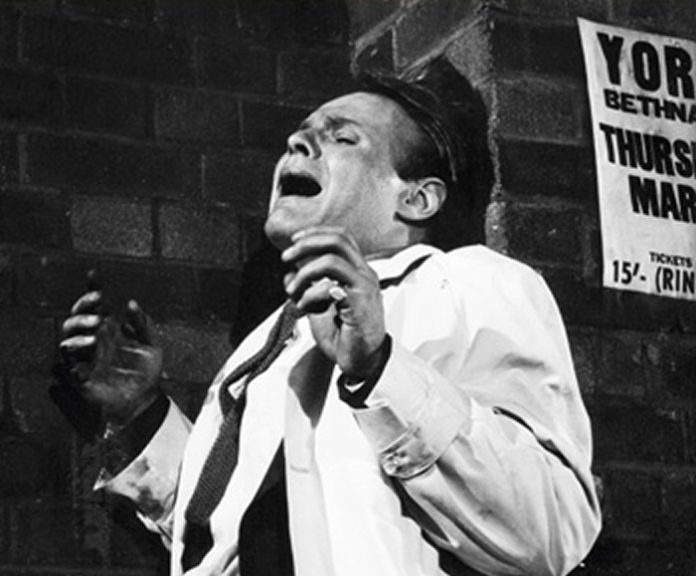 With their confused plots and demoralized logic, it is hardly surprising that film noir has so often employed the amnesia conceit. A genre primarily concerned with fumbling in the dark (both in solving labyrinthine cases and sexual betrayal), a character trying to figure out his identity neatly aligns the form with protagonist. Plunged into a disturbed point of view, the audience are also seemingly at the mercy of fate.

One such outlook belongs to Janine, main squeeze of Johnny, an impetuous punk always on the lookout for get-rich-quick schemes with a couple of two-bit goons. Unbeknownst to her, one of these is to poach a diamond from the place where she works. Of course, the heist is bungled, the jeweller shot, and Janine thrown against the wall as the hoods escape, knocking her plain out. Coming to, she hesitantly steps around the office, spooked, as if there’s some sort of threatening presence in the air, the camera repeatedly pushing in on her questioning, perturbed face from different angles. Similar to Janine, it takes a while for us to comprehend what has happened: she has lost her memory, assailed from all sides by looming unfamiliarity.

Venturing out into the night, figures advancing toward her in high contrast to the featureless black surround, Panic approaches almost Expressionist agitation. Janine is a female totally adrift in a predatory world, every man she meets ready to exploit her naïve bewilderment into forced intimacy. Dodgy landlords, wild-eyed painters, sneering beatniks with intimidating jive-talk. But nobody puts this “baby” in the corner, and salvation arrives in the form of Mike, dispersing the trendies with his fists and offering to help. A boxer-cum-deckhand, he suggests that they go away to sea together, the fresh air hopefully prompting recollection. Mike may be gentler of manner, but his intentions are like the rest.

Directed by John Gilling, Panic is an atmospheric British noir in fear for the vulnerability of its central character, played with timorous fluster by Janine Gray. Each time she struggles to remember, his curious camera moves to her face and scrutinises, an apprehensive femininity at the mercy of lurching, leering eyes. Added to the ‘woman-in-peril’ drama, the amnesia conceit becomes doubly threatening.