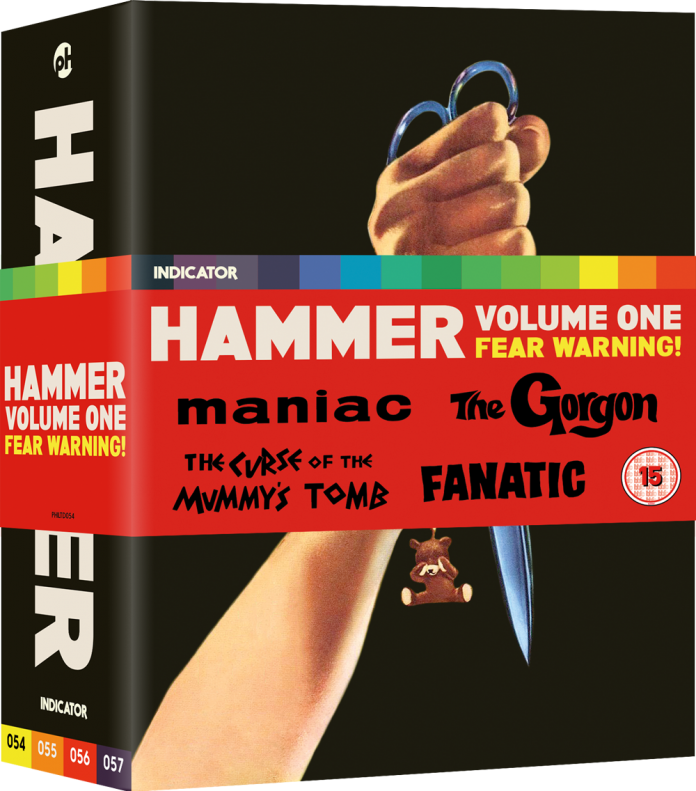 October 16th sees the release of a great new Hammer box set from Indicator which includes the following titles:

Four classics from Hammer, each presented on Blu-ray for the very first time in the UK. Whether it’s a mad man brandishing a welding torch, a mythical monster who’s looks can kill, an ancient royal with diabolical powers, or a mad woman wielding a pair of scissors, this set has something to unease everybody. Containing a wealth of new and exclusive extra features – including title-specific documentaries, cast and crew interviews, expert appreciations, introductions and more – this stunning Blu-ray-only Limited Edition box set is published in a horribly limited, numbered edition of 4,000 units.

There’s also the Blu-ray premiere of Fragment of Fear, a pretty good British thriller from the director of Vanishing Point. 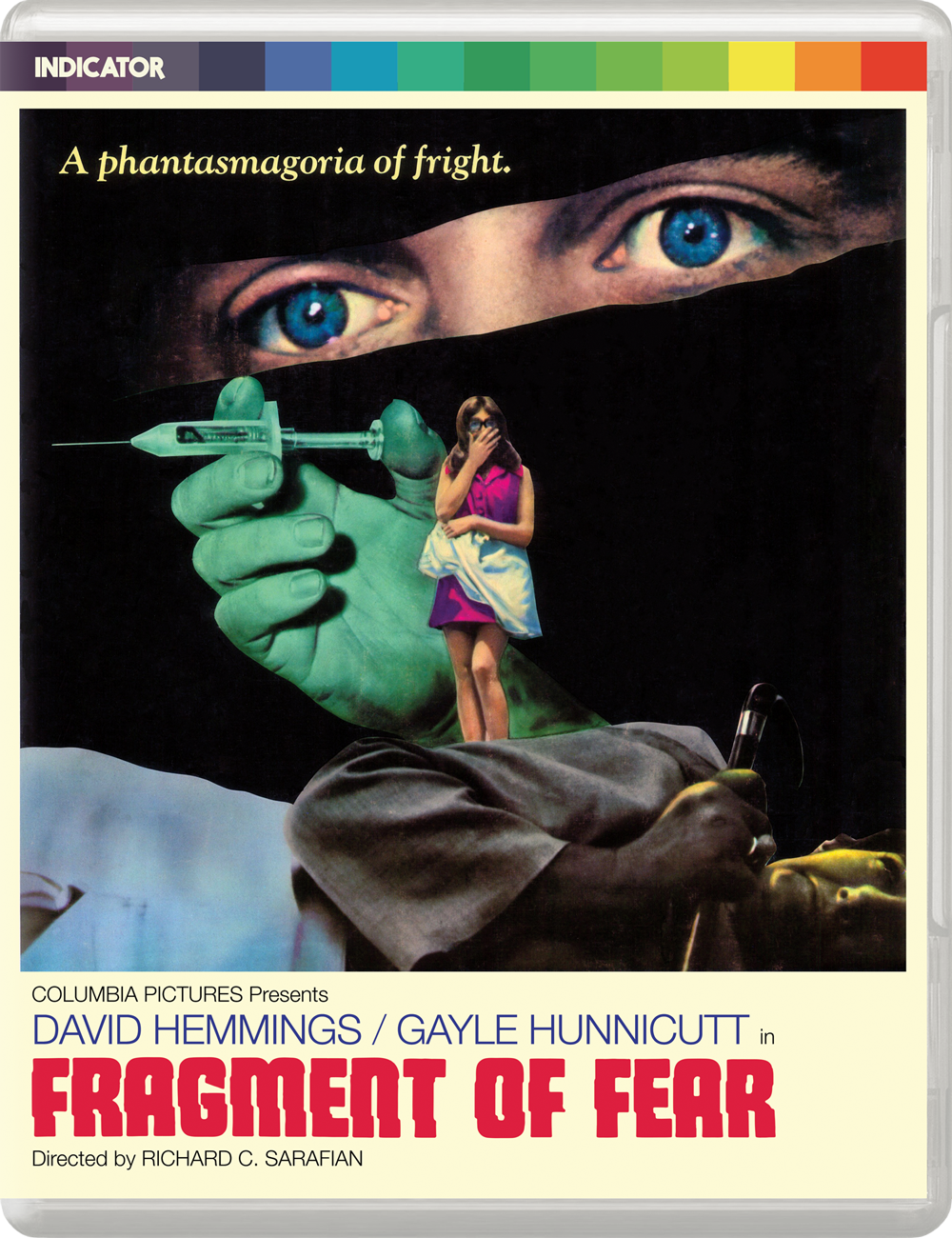 Based on the novel A Fragment of Fear by former M15 spy John Bingham, 7th Baron Clanmorris, this stylish cine-trip from Vanishing Point director Richard C. Sarafian features David Hemmings and Gayle Hunnicutt (then real-life husband and wife) falling into a waking nightmare of murder, mystery and paranoia.

And last but not least, how about this little goodie? 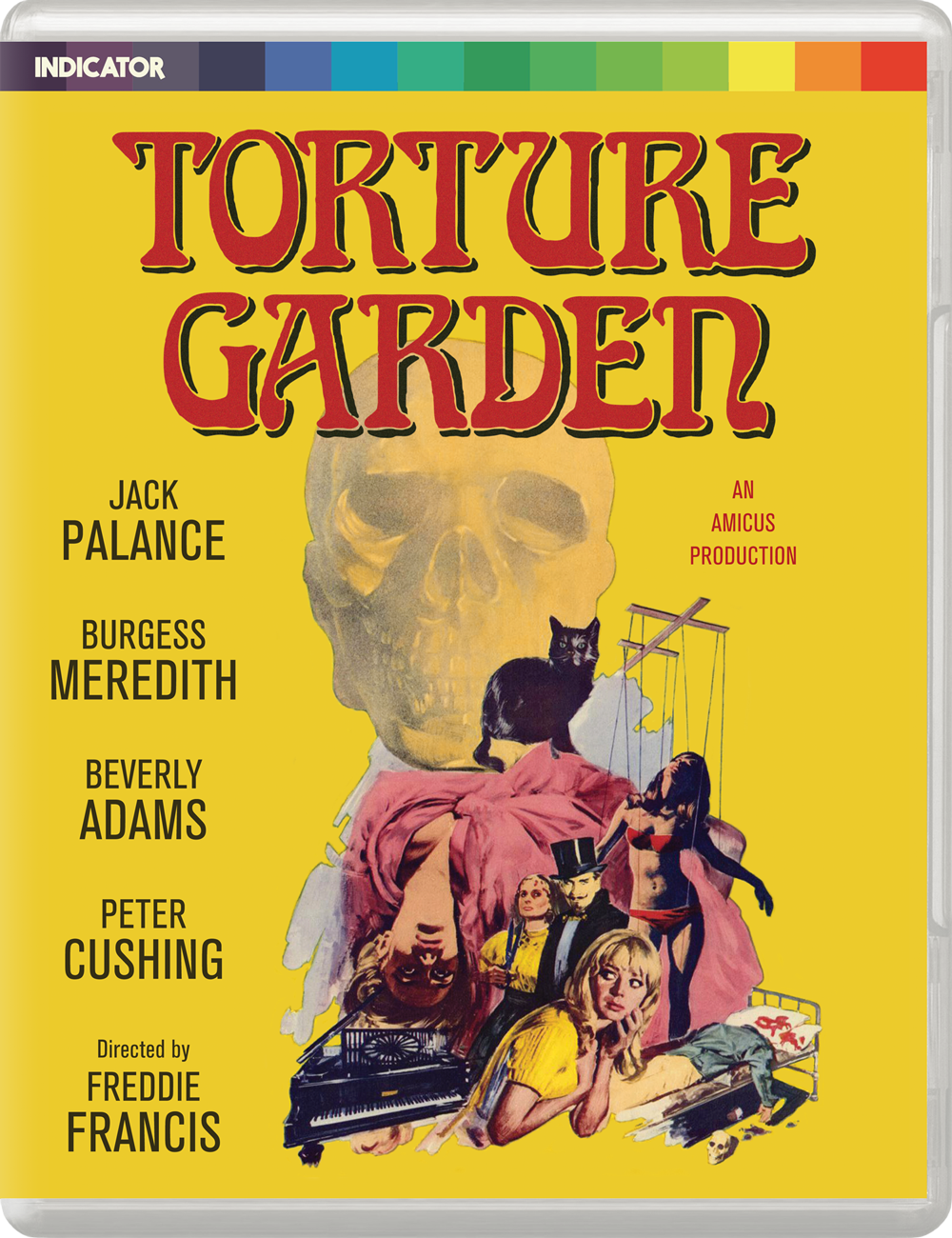 From Hammer-rival Amicus Productions comes this horror anthology penned by Robert Bloch (author of Psycho) and directed by the great British cinematographer Freddie Francis. Genre legend Peter Cushing stars alongside Jack Palance and Burgess Meredith in an omnibus of chilling and gruesome stories, inspired by E.C. Comics’ Tales from the Crypt comic-book series of the 1950s.