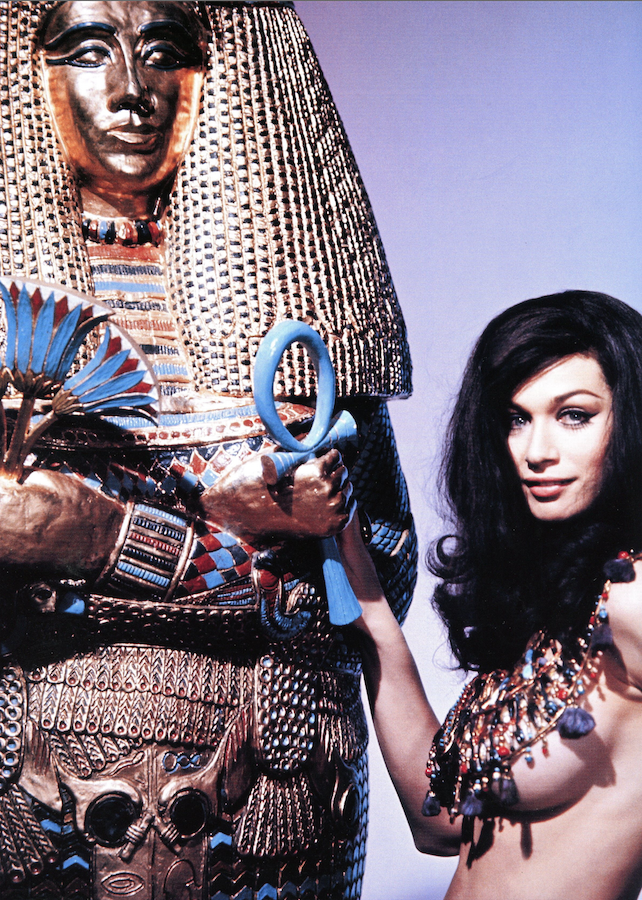 J is for Jenny Hanley.

Jenny Hanley (born 15 August 1947 in Gerrards Cross, Buckinghamshire) is the daughter of well-known British actors Dinah Sheridan and Jimmy Hanley. She remains best known for being one of the presenters of the ITV children’s magazine programme Magpie, but also appeared as a Hammer heroine in the 1970 movie Scars of Dracula. Her dad also appeared in a couple of Hammer films, The Lost Continent (1968) and Room To Let (1950).

Though she came from a showbiz background, Jenny initially trained to be a children’s nanny. But she also did a bit of modeling and it was this that attracted James Bond producer Harry Salzman to cast her as one of Blofeld’s ‘Angels’ in the George Lazenby Bond flick, On Her Majesty’s Secret Service (1969).

On the basis of this she got her Hammer role as a damsel in distress in Scars of Dracula.

Hammer were starting to lose the plot by the time they got to this, the fifth Chris Lee Dracula made by the studio (and the last period entry in the series). Lee himself thought this the weakest and most unconvincing of the series, and though not actually as bad as Dracula AD 1972 it’s certainly a disappointment, with poor special effects, cheap-looking sets and a dreary by-the-numbers script which has Lee putting the bite on Dennis Waterman and the lovely Jenny when they turn up at his castle looking for the former’s lost brother. There’s one striking scene straight out of Stoker’s original novel showing Lee crawling down the sheer outer wall of his creepy abode, but the movie as a whole is shoddy and uninteresting… despite its lingering shots of Jenny’s blood-splattered cleavage at the end.

After Scars, Jenny was given a leading role in The Flesh And Blood Show (1972), a Pete Walker production shot on Brighton Pier. This was not a big success and in 1974 she became a presenter on TV’s Magpie, staying with the programme until it was finally cancelled. She started a family in the 1980s but was back on telly in the 90s as a regular guest on Channel 4’s Countdown. These days she makes her living as a voiceover artist, which is quite ironic when you consider the fact that Hammer dubbed her in Scars with the voice of another actress. 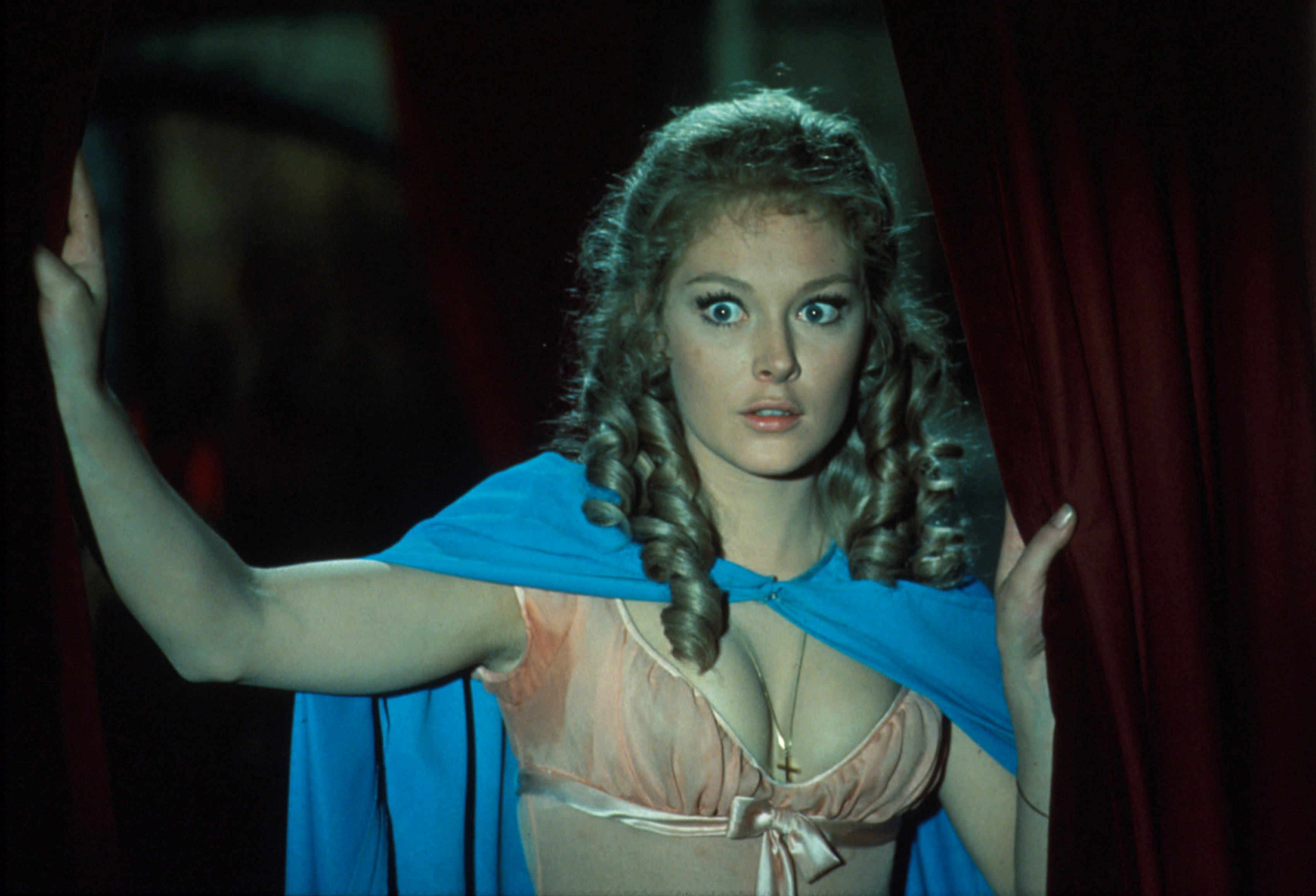 K is for Nastassja Kinski.

One of the most famous actresses who ever took a Hammer role, the lovely Nastassja is of course the daughter of prolific actor Klaus Kinski. Her womanising dad left home when she was eight and so it could hardly be said that he helped her in her career. In fact she ended up looking after her mother Ruth, who was in ill health.

Eventually she was discovered by the wife of director Wim Wenders, who gave her a role as a deaf mute in The Wrong Move (1975). Shortly after the film’s release, Hammer were casting for their movie, To The Devil, A Daughter, which was to be made in partnership with Terra Filmkunst, and director went to Germany to find an actress to play the main role. He was impressed by Kinski and she was happy to take the part. She wasn’t so happy, however, to discover that her estranged dad had been approached to play alongside her. But Klaus Kinski was unable to accept the job because he was going through a bad time with his health, brought about by his addiction to drugs.

Evil priest Christopher Lee has been given the task of bringing Satan’s son into the world, and has selected a young nun (Nastassja Kinski) as the mother-to-be. Kinski’s father enlists the aid of American occult expert Richard Widmark, who comes to the UK and is caught up in lots of gory supernatural mayhem as he takes on Lee and his followers. This was Hammer’s second shot at adapting a classic Dennis Wheatley witchcraft novel (after the superior 1967 Devil Rides Out) and it has some good scenes and fine performances but suffers from a poorly developed script and one of the most pathetic endings ever put on celluloid – apparently because the money ran out before anything more substantial could be achieved. The end result was such a flop that it effectively closed the coffin lid on Hammer horrors for good.

The same year that the film was released, Nastassja was caught shoplifting and sentenced to three months in a juvenile detention centre. Soon afterwards she began a relationship with controversial director Roman Polanski, who gave her the starring role in his movie Tess (1979), starting off her international movie star career. She later lived with musician Quincy Jones and then married Egyptian filmmaker Ibrahim Moussa. The last time she was seen on screen was in a small role in David Lynch’s Inland Empire, now out on Blu-ray. 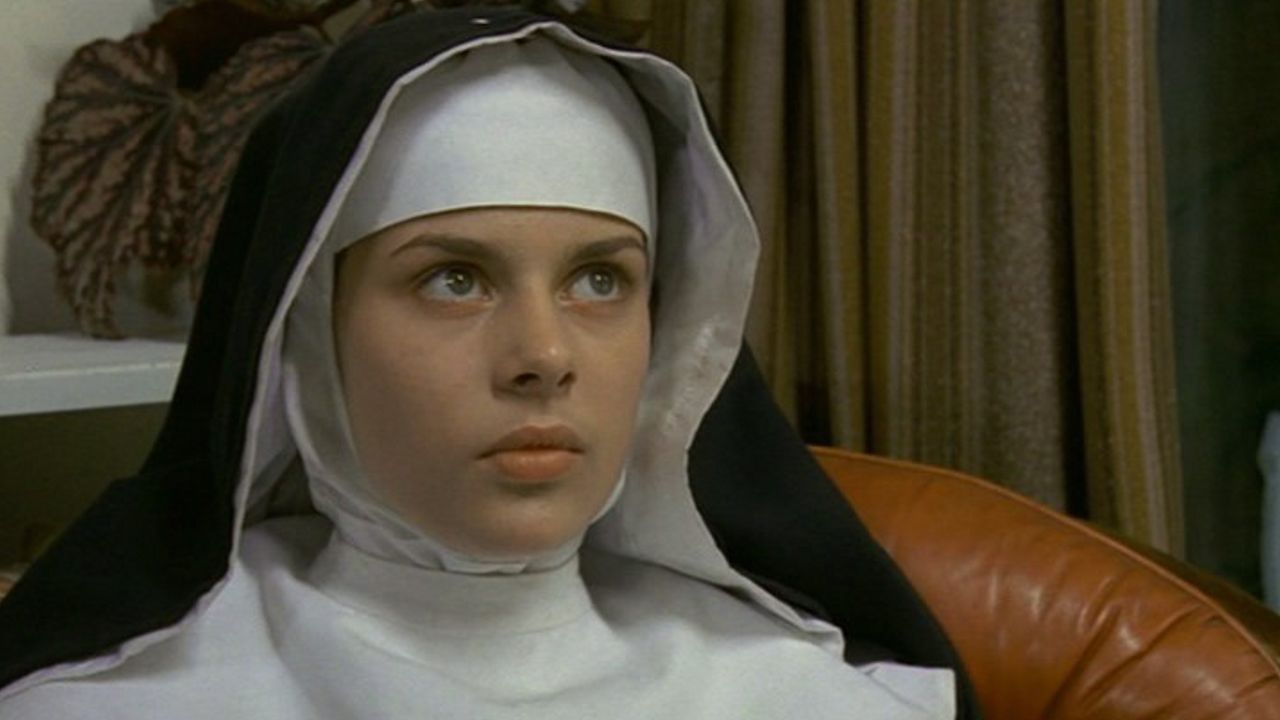 L is for Valerie Leon.

You will find an interview with Valerie elsewhere on this site. Her cult status is not limited to Hammer Films because she was also a Bond girl twice and a Carry On regular. Born in London on the 12th of November, 1945, she worked as an au pair in Paris before going to Harrods as a trainee fashion buyer. But she got the acting bug and joined the cast of the West End production of Funny Girl, starring Barbra Streisand.

As a model, Valerie became famous for her television adverts for Hai Karate, an aftershave that was supposed to have a devastating effect on women and turn them into ravenous creatures! The ads ran from 1969 to 1975, making Valerie a familiar face and figure. During that time she also appeared in lots of TV shows such as The Saint and The Avengers, and appeared in Carry On Camping and Carry On Up The Jungle.

1970 saw the actress landing her first Hammer role in Blood From The Mummy’s Tomb. Hammer honcho Michael Carreras completed shooting on this Hammer horror after the mid-production death of its original director, Seth Holt. Fortunately you can’t see the join in a clever plot drawn from Bram Stoker’s Jewel of the Seven Stars. A group of archaeologists excavate the tomb of Princess Tera, and bring the treasures back to London, where she reincarnates herself in the very sexy body of Valerie Leon and sets about bumping off the desecrators by supernatural means. The same story was mangled to the point of boredom in a big budget bore called The Awakening, but it works quite well here despite the downbeat nature of the climax. It wasn’t a success for Hammer, but that’s probably because people expected to see a traditional mummy monster on the prowl – and there isn’t one!

While filming an episode of the Frankie Howerd show, Up Pompeii, Valerie met and married Michael Mills, the BBC’s head of comedy. They had a son and daughter together and he died in 1988. In recent times the actress has had small roles in the TV shows Last of the Summer Wine and The Green, Green Grass. She has also been performing her own one-woman show, Valerie Leon’s Carry On, and still gets plenty of fan mail. 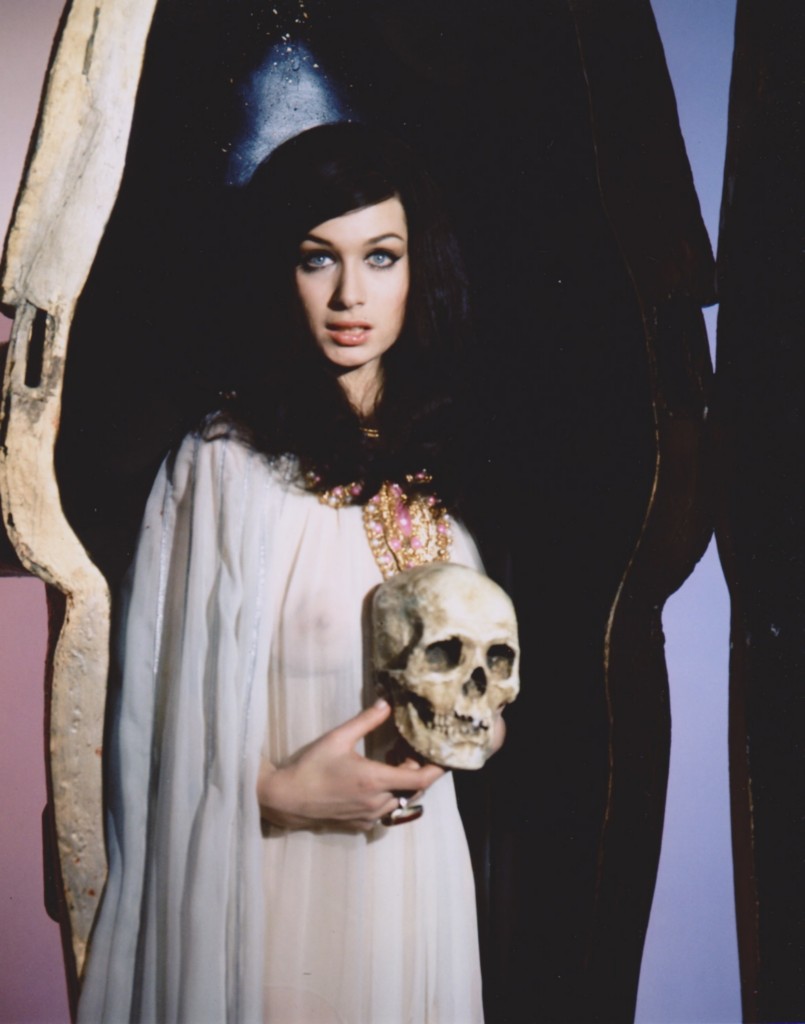