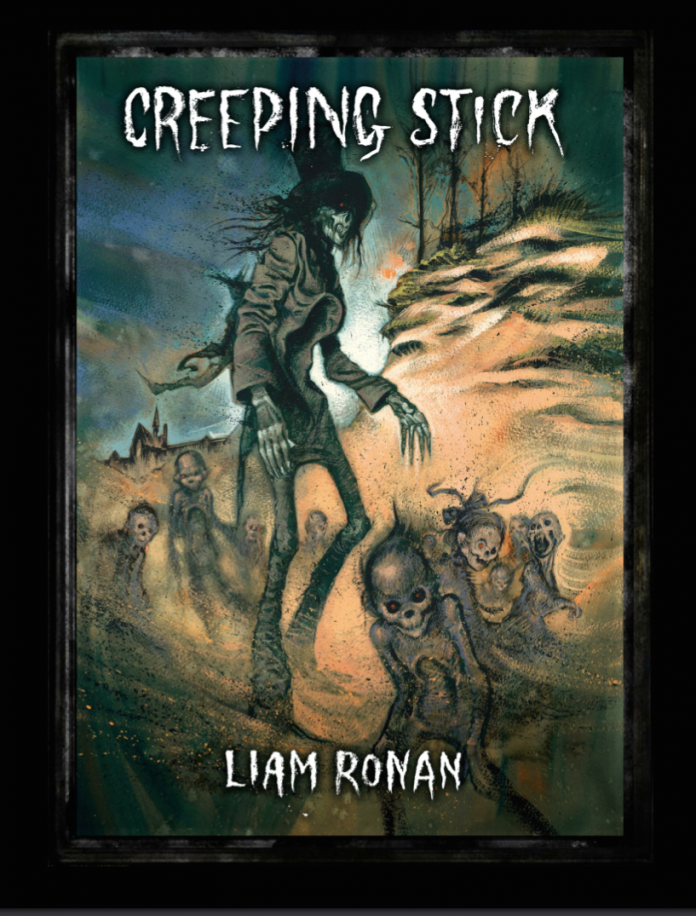 Just received a copy of a new horror book called Creeping Stick, published in hardback by Pendragon Press. It came with a nice e-mail from author Liam Ronan who said the following

“Graham Humphreys has provided an amazing cover, and it also features a series of black-and-white images from Cardiff artist Adam Blandon. The book is a turn-of-the-century tale about a man’s hideous revenge against the community that wronged him as he spirits their children away into his House of Perpetual Lament. It was partly inspired by what Lucio Fulci couldn’t afford to show us in ‘The House By The Cemetery’ – all those terrible procedures that Dr Freudstein must have used to keep himself alive in the dark.

The book is just starting to get reviews (one has been kind enough to compare it to ‘Books Of Blood’ era Clive Barker, which was nice!), so I hope it is of interest. I’m just finishing off the follow-up, ‘Mist Angels’, which I hope to have out soon.

On a different note, I first discovered The Dark Side back in 1991 on my sixth form lunch break (issue two, the one with the Darkman cover) and have a full set lined up behind me as I type this – although I had to pay £10 for a second-hand copy of issue one to complete the collection. I still have all the horror cards and other giveaways, but somehow managed to misplace the Enzo Sciotti ‘Two Evil Eyes’ poster that came with one of the early issues. Ah well….
There’s a really nice vibe about the mag’s current style – I know you’ve always covered classic / new horror, but the current approach has never been as comfortable, and Rick Melton’s art really binds it all together. Looking forward to reading the Salem’s Lot feature in the new edition – I played the Harry Sukman score  lot while writing ‘Creeping Stick’.
I also remember watching the original broadcast on a portable B&W TV one windy night while an unruly rose bush kept tapping on the bedroom window! Talk about atmosphere…
Anyway, thanks, and I hope the book is of interest.”
It is indeed of interest. I’ll be having a good read later, Liam, and if it is as good as that cover art I will be in for a treat.